With their bonnets and frills, slender legs and empty smiles, Queen Letizia of Spain and the Duchess of Cambridge are the poster girls for the second sex. 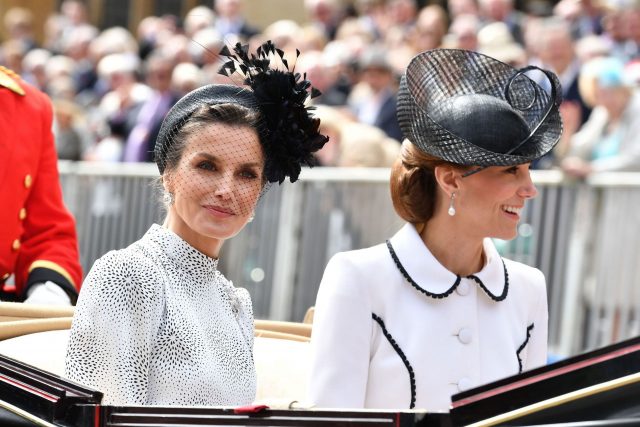 The ideals of equality and emancipation women have struggled to achieve for centuries is swept away like a handful of dust every time they slip into their stilettos and pout for the camera. And pout they do. 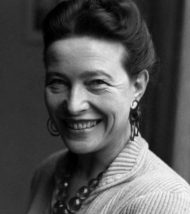 Simone de Beauvoir must be turning in her grave. When she published her seminal study The Second Sex in 1949, her central thesis was that we are born neither masculine nor feminine, but become what society makes us.

While most women remain enslaved on the margins of society, these skeletal birds of paradise flaunt themselves in designer frocks as the acceptable face of male power and privilege. While they and their pretty children live the lives of Gods, more and more people live on the bread line.

Roots of the Second Sex

In The Second Sex – Le Deuxième Sexe – de Beauvoir outlines her belief that each of us is responsible to everyone and everything. Our duty is to shrug off society’s sculpting hands and choose our own sense of morality. You become who you are – who you should be – by your behaviour and the consequences of your actions.

Published shortly after French women first got the vote, The Second Sex was a call to arms that spoke openly on female taboo issues from the pains of menstruation to equal rights and the right to abortion. The Vatican added the title to the List of Prohibited Books and made Simone de Beauvoir the era’s leading advocate for feminism; a dirty word then as it still is to many today.

In exploring human history from the female perspective, The Second Sex shows how man throughout time has imposed his will on the world about him. Woman is his reflection, a passive, inward-looking shadow destined to watch from the side-lines and be protected by man. The male is mankind’s subject, the female its object, ‘the other,’ the second sex.

The Second Sex argues that women are not born ‘feminine’ but are conditioned into accepting dependence, subservience and tedium. Traditionally denied education or meaningful work, by yielding to roles imposed on them by man, women become baby machines, sexual slaves, courtesans and – in the case of Letizia and Kate – click bait. De Beauvoir believed all notions of femininity are artificial concepts and famously said, ‘One is not born a woman; rather, one becomes one.’

She adds: ‘A woman’s situation is not a result of her character. Rather, her character is the result of her situation. Her mediocrity, complacency, lack of accomplishment, laziness and passivity are the consequences of her subordination, not the cause.’ Only in work, she says, can a woman achieve autonomy. ‘If a woman can support herself, she can achieve a form of liberation.’

De Beauvoir was the lover of philosopher Jean-Paul Sartre. They never married, never shared a home and each had many lovers. They would write about their conquests in long letters and passed young women between them, de Beauvoir being open to all the fruits the garden has to offer.

In modern times, tyrannies and broken democracies play the same role as monarchies where so-called populist ‘strong men’ present themselves as representatives of ‘the people’ and the rights of women are demeaned and diminished.

Simone de Beauvoir would have seen the likes of Queen Letizia and the Duchess of Cambridge, not as role models, but traitors and collaborators who play into the hands of male sovereignty and tighten the chains that bind the second sex. Only when women are totally liberated can a society progress into true freedom.