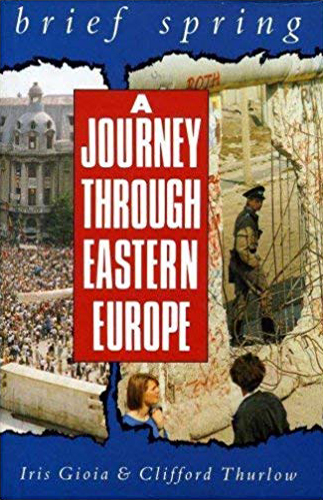 As the barriers of Eastern Europe were crumbling, Clifford Thurlow and Iris Gioia set out in the spring of 1990 to travel through the cities and remote regions of the six former Warsaw Pact countries - East Germany, Poland, Czechoslovakia, Hungary, Bulgaria and Romania.

They found cities filled with businessmen on the make, country people for whom they were frequently the first foreigners to be seen in 50 years, half- forgotten museums, and sobering reminders of poverty and repression.

They were an unlikely couple: a recently divorced Manhattan socialite and a London journalist coloured by his experiences in India and the Far East. During a chance meeting in New York, something clicked and, with little hesitation, found themselves en route to Berlin in an old Land Rover.

Their two voices alternate through the book to provide a sharp and witty picture of Eastern Europe on the brink of change – and two people changed by the experience. As Clifford remarked: Iris set out as a socialite and came back a socialist.

'A journey realised in fascinating detail by two sensitive and humane writers,' Brendan O'Keefe, The Observer