Writers are prone to suicidal tendencies. In fact, more than other creatives, the man and woman of letters is ’10 to 20 times more likely than his contemporaries to suffer manic depression.’ 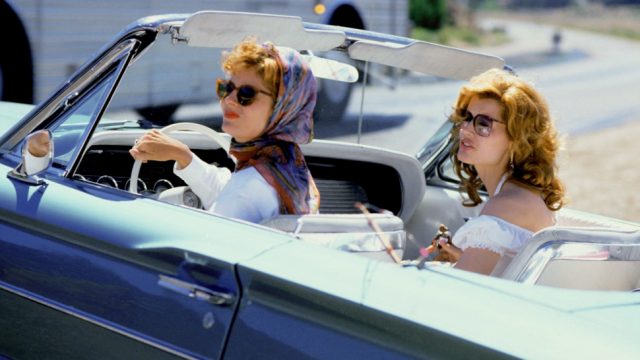 If you want to cheer yourself up, you can read all about it in Touched With Fire: Manic-Depressive Illness and the Artistic Temperament, by Kay Jamison, a psychiatry professor at Johns Hopkins University.

It may be a coincidence, but psychiatrists and psychologists always seem to carry suicidal tendencies and dream of being writers.

A friend of mine – let’s call him Nick – recently quit the banality of copywriting to enter the murky labyrinth of the screenplay. Within days he was phoning to chat about migraine and insomnia; his attraction to cliff tops and razor blades. Suddenly he’s fighting with his girlfriend – her fault – drinks too much or, alternatively, claims he no longer drinks at all (first sign of the alcoholic).

Finally, he turns up at the Italian Bar in Frith Street wearing odd shoes. He talks about Pink Floyd, a book he’s reading about suicidal tendencies and hands me a Post-it with this on it:

“The true way leads along a tight-rope, which is not stretched aloft but just above the ground. It seems designed more to trip than to be walked along.”

Paranoia is the writer’s drug of choice. You don’t choose writing. It’s like having a child die in a car wreck. Or getting cancer. Suffering is the main condition of the artistic experience. That’s was Samuel Beckett said, even with the Nobel Prize on the bookshelf. Hemingway, another Laureate, blew his head off with a shot gun.

The pencil lead, marker pen and keyboard are a three-tongued whip we use for self-flagellation, peeling off layers of flesh in search of the story buried among the scars. Then, when it comes out on the page, dripping blood and perspiration, it’s never quite as good as what you thought it was going to be. A photograph of the landscape is not the landscape.

The writer expects to be kicked when he’s down, and kicked harder if he appears to be defying the Gods and getting up. When Butch Cassidy and the Sundance Kid came out, New York’s three leading papers wiped out an entire forest in Finland for their reviews. Two of the critics wrote like besotted lovers over the chemistry sparked by Robert Redford/Paul Newman and forgot to mention the writer. The third hated the picture and blamed the script William Goldman had spent five years writing. Hardly surprising that he warns us: Nobody knows anything!

And another test: who penned Thelma and Louise?

They teach the script in film schools. Remember Susan Sarandon (neat hair); Geena Davis (neat Levi’s); Ridley Scott with his hand firmly on the gear change. It was Callie Khouri who wrote the screenplay and I still don’t know if Callie is a man, woman or a pseudonym. I don’t think Thelma and Louise had suicidal tendencies, but their flight into the Grand Canyon was only going to end one way.

The Ghost of Suicidal Tendencies

No one knows why we do it and, when we’ve done it, nobody wants it. And if they do want it, they don’t want to pay for it. Writing is not a competitive sport, although I couldn’t help feeling that frisson of loser syndrome when Nick called the other day. He’d met a producer at a rebirthing weekend in Hackney and sold an option on his screenplay. It’s about an alcoholic with suicidal tendencies trying to turn his life around at a rebirthing weekend in Hackney.