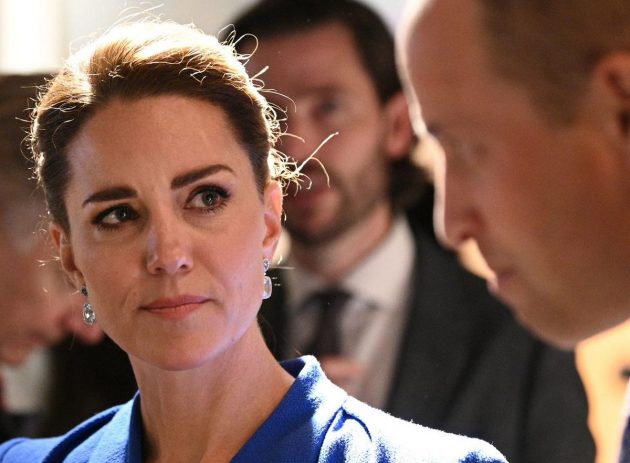 One for the Family Album

Dog loyal Tories must have been barking mad to have allowed Johnson into Downing Street.

All those fat-bellied middle-aged patriots propping up bars with their Union Jack T-shirts and strong positions on migrants imagine Johnson is the sort of bloke they’d like to have a pint with. Didn’t they know he was just a showman who scorns the working-class with their views, as he sees it, repeated from the tabloids and clichés copied from TV soaps.

Johnson is the poster boy for the minuscule class (the 1% of the 1%) immediately below the royal family at the top of the pyramid. He went to the world’s most elite school, Eton, then the posh boy finishing school, Oxford. His pals are fellow Etonians Prince William, Eddie Redmayne, Hugh Fearnley-Whittingstall, the Archbishop of Canterbury, Hugh Laurie, Tim Hiddleston, Dominic West, Prince Harry. Etonians are only comfortable in each other’s company. Thanks to their snobby all-boys boarding school, they are often unsure how to treat women and do so as whores or princesses, rarely as people.

Did Johnson and Cameron fall out when Johnson defenestrated his old school chum from Downing Street? No. It was just a jolly good move in the Eton Wall Game. Cameron quickly went on to make £7 million by unprincipled lobbying of his former underlings in the Cabinet for Greensill Capital.

The toffs will tell you it is déclassé to talk about money when in truth it is their predominant interest  – money, land, secret holdings and the privilege, prestige and influence it buys. They will tell you this and that ‘is not cricket,’ cricket being the preserve of the gentleman, while they rob conquered nations of their dignity and assets.

Barking Mad Jobs for the Boys

Etonian Johnson chum Zac Goldsmith, the libertarian son of billionaire financier James Goldsmith, lost the race to become London Mayor to Sadiq Khan. He lost his seat as the member of parliament for Richmond Park before winning it back with a small majority. Election campaigns are clearly not his strong point, so Johnson saved him any future humiliation by giving him a peerage. Goldsmith, Lebedev, the Russian, soon of an ex-KGB man, mate of Putin. There is no end to the corruption.

Barking mad? It is the English way. The upper-class way is to bend the rules, look after the boys. It’s always good to help your mates. Especially if they are billionaires.

Essentially the same people have been in power in the United Kingdom for hundreds of years. They tease us with their promises of better schools, better chances, of levelling up – then provide the perfect irony in the shape of a £330,000 award granted by Michael Gove’s levelling up department to fill the potholes on the Firle Estate drive owned by the 8th Viscount Gage, as reported by Sky News.

The monarchy, aristocracy, landowners, newspaper barons, billionaire businessmen (Dyson, Branson, Ratcliffe, Michael Platt) have built through privilege and entitlement an impenetrable wall that keeps everyone out and themselves inside, safe from scrutiny, revolution and taxes.

Why did they throw their weight behind Brexit?

Because they hate migrants? No. Migrants are cheap labour, cannon fodder, wage suppressors. Margaret Thatcher’s first goal as Prime Minister was not to advance state education and increase the wages of school teachers. It was to smash the trade unions. Her legacy is zero-hour contracts and Depression-style day labourers.

There are plans in Europe and the United States to bring in tougher laws to control tax dodging through ‘legal’ off-shore shell companies and numbered accounts. ‘Global Britain’ will play no part in drawing up the new rules, nor abiding by them. On the contrary. Having invented tax havens, Little England has every intention of becoming one.

How is this pyramid structure that controls Britain kept in place?

When the Great Pyramid of Cheops was completed in about 2,500 BC, a triangular-shaped capstone of shining metal (gold or electrum) was placed on the top and then covered by blocks of white limestone from quarries across the Nile. The capstone with its core of gold completed the solid shape and kept all the building blocks in place.

This is British society with the broad mass of working people at the bottom. The various assortment of middle-classes hold the centre together with their fears of falling down the scale and their obeisance to whom they see as their betters above. The slender ranks of the rich, entitled and the aristocracy sit at the top. The capstone is the monarchy.

Poor people paste pictures of royals in their family albums as if the Queen is one of them when she is one of the richest most powerful (soft power) people in the world.

She owns (yes, she owns) Balmoral Castle and the Sandringham Estate. The other royal properties, Buckingham Palace, Windsor Castle, the Palace of Holyroodhouse, Highgrove, Hillsborough Castle and Llwynywermod are owned by the canny structure known as the Crown Estate – described in Wikipedia as a collection of lands and holdings belonging to the British monarch as a corporation sole, making it ‘the sovereign’s public estate,’ which is neither government property nor part of the monarch’s private estate.

Sovereign Public Estate is an oxymoron. The Crown Estate owns enormous areas of land and half the British coastline (with parts rented out to wind farms). Vast chunks of Canada, Australia, the Caribbean and the United States (yes, the United States) and much more is owned by ‘the firm’ in a way too complex and arcane to unpick.

The Queen has in her possession a book of Leonardo da Vinci drawings. Each drawing is priceless. The Royal Collection contains some 7,000 paintings, 500,000 prints and 30,000 watercolours and drawings. Combined with photography, ceramics, sculptures, manuscripts and the Crown Jewels, the collection is worth an estimated £10 billion.

We, the barking mad public, must pay to see bits of the collection when they go on display. What we can and do see on a daily basis is Kate Middleton with her pretty children posing and performing in ways that create the mirage that this is an ordinary family with the same worries and woes as the rest of us.

They are not. They are the capstone of the pyramid kept in place by those immediately below the top who benefit from the established system and enjoy the perks of wealth, privilege and titles. The Queen is painted as a loving granny, the mother of the nation. She is not. She is the head of ‘the ‘firm’ selling us Duchy biscuits and false promises of unity. The monarch is the lifeline we cling to when the ever-changing politicians let us down but we remain in the freezing water with vanishing lifebelts, not aboard the new £200 million royal yacht.

In an honour’s list that has granted knighthoods to the pedophile Jimmy Savile – who spent Christmases with Margaret Thatcher – and dictators Mussolini and Nicolae Ceaușescu, we add this year the former Labour leader Tony Blair. His appointment as a Knight Companion of the Most Noble Order of the Garter, the oldest and most senior British Order of Chivalry, was in the Queen’s gift without advice from the Government.

Why did the Queen grant this honour?

Because Tony Blair (private school and law at Oxford) was always an establishment man. He was eased into the premiership by Rupert Murdoch, whose trash papers the Sun and The Times backed him. He introduced university fees and kept on selling off bits of the NHS by ‘stealth,’ the Thatcher way. He took Britain into an illegal war. It was good for business, good for advertising revenue on Murdoch’s TV stations and newspapers.

It was good to get the barking mad poor out on the streets waving their plastic flags. Good for the Royal Family photographed on balconies in uniforms rippling in medals (for what, I have no idea) showing that they are one of us when they are not one of us. Tony Blair is hated now by the working-class who consider him a traitor, but he was dog loyal to the Queen, the capstone, the pyramid that keeps everyone in their place. 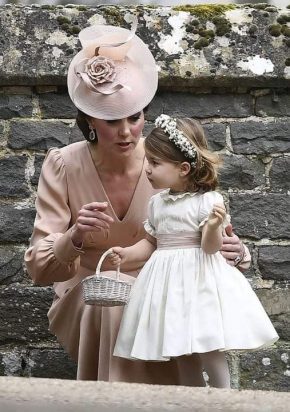 In Britain today we have the highest levels of poverty in fifty years with ever greater numbers of illiterate hungry children in underfunded schools, the normalisation of food poverty, food banks, homelessness and a Brexit built on lies that will see everyone in the land poorer except for the 1% of the 1% now safe from the European Court of Human Rights and European oversight of British banking practises.