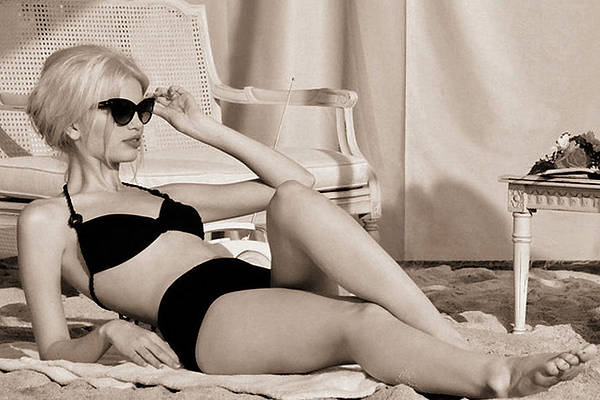 Brigitte Bardot as a young girl was given twenty lashes from a whip by her father. The pain and embarrassment shaped her life, her career, her relationships with men and her desire to become the greatest sex symbol of all time.

Born on 28 September 1934, Bardot grew up in the swanky 16th arrondissement of Paris. Her father Louis was an engineer and factory owner. He was a strict Catholic who believed in purgatory and penance. Chastisement was normalised and the whipping came when Brigitte and her younger sister Minjanou broke a valuable vase.

The girls never forgave him and their father from that day on treated his daughters as strangers. He was cold, distant and demanded that they address their parents in the formal pronoun vous. 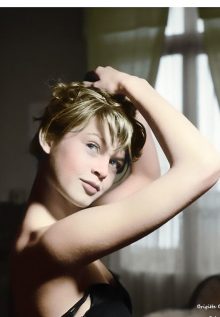 When father was out, the apartment became a stage and BB danced to his collection of classical music. Her performance created a strange power, a magnetism that so affected her mother, she took Brigitte aged fourteen to the Conservatoire de Paris to study ballet under the guidance of the Russian choreographer Boris Knyazev.

When the magazine Elle did photo-feature on ballet, Hélène Gordon-Lazareff, the director, chose a shot of BB for the cover. There was something so captivating about the coy, sparkling teen, a casting agent rushed her off to try out for a role in a movie. She didn’t get the part but was noticed by the young writer-director Roger Vadim.

Bardot’s father was furious seeing his daughter on the cover of a magazine and scandalised when Vadim came to call. He took his daughter out of the Conservatoire and kept her locked in the apartment to protect her from the burgeoning world of Paris bohemia. It was the age of the French New Wave, Nouvelle Vague, a movie movement exploring existentialism and characterized by its rejection of traditional values in art as in life.

Brigitte by chance had an ally in her grandfather. ‘If this little girl is to become a whore, cinema will not be the cause.’

Father relented and Vadim took BB to movie premieres, vernissages, night clubs. He groomed her, took her to his bed and pushed her in front of the flash bulbs of a breathless paparazzi. The name Brigitte Bardot was on everyone’s lips and her image in sensual poses began to appear in magazines and newspaper columns.

Her father had been angry seeing his daughter photographed at ballet. Now, he exploded like a volcano. She was still under his roof and under eighteen. He put a double lock on the door. He would have kept her imprisoned, but Brigitte stuck her head in the oven and her father finally gave in – or gave up. Louis Bardot like Louis XVI lost his power and BB as Robespierre began her reign of terror against Catholic discipline and morals.

With her newfound liberté, égalité and fraternité, Brigitte in 1952, aged eighteen, married Roger Vadim and made her movie début in Crazy for Love. It was followed by Manina, the Girl in the Bikini, the lead role in a feature that saw endless rolls of film shot of BB in skimpy swimwear and one nude scene that slipped by the censors.

Brigitte Bardot was on her way to claiming the crown as the greatest sex symbol of all time – her secret goal. Her father’s discipline and occasional violence had not made her meek and compliant, but rebellious, iconoclastic, hungry for life. She was the prototype modern woman who revelled in her own sexuality. She was the untamed waif, androgynous, the femme fatale with an air of ennui and indifference.

Simone de Beauvoir wrote: ‘The line of her lips forms a childish pout, and at the same time those lips are very kissable. She goes about barefoot; she turns up her nose at elegant clothes, jewels, girdles, perfumes, make-up, at all artifice. Yet her walk is lascivious and a saint would sell his soul to the devil merely to watch her dance.’

BB wrote: ‘I gave a new image of the way you should be in life in the movies: New, blonde, free, not stuffy, not hung up, not like a little lady’s maid, no little corset, no little collar… but stark naked.’

In 1956, Bardot became an international phenomenon when she made And God Created Woman, directed by Vadim. In France, sensuality on film had become normal. In the UK and, more so in the United States, sex on screen was censored to death. And God Created Woman was considered lewd, salacious, original sin, the forbidden fruit. Bardot was Eve, the first virgin, the first sinner; the greatest sex symbol of all time. 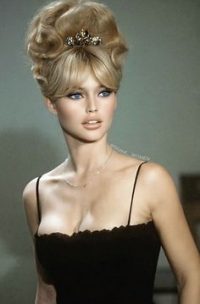 Roger Vadim had urged Bardot and her co-star Jean-Louis Trintignant to make the sex scenes as realistic as possible. They needed no urging. The sexual chemistry onscreen was natural and the love affair that followed just as natural. BB was twenty-two and her marriage was over.

She said of Vadim: ‘He taught me how to be so free that, as a result, I left him for another man. That was his price to pay.’

See Brigitte Bardot and the Painting that Never Was

YOU CAN LEAVE YOUR COMMENT IN THE BOX BELOW