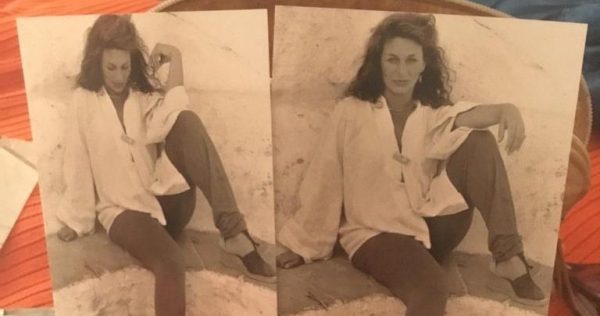 The day George Harrison climbed the wall at Salvador Dalí’s surreal summer house didn’t take place for another week and during those seven days a large number of red roses crossed the village.

It began one sultry afternoon in 1971 when Dalí returned to Cadaqués with Carlos Lozano after inspecting the geodesic dome being built on the Teatro Museo in Figueras. The old black Cadillac circled the square and had to pull up sharply as a girl walked dreamily across the street without looking. Luckily Arturo Caminada, the chauffeur, had learned to drive at the tiller on a fishing boat and always drove slowly. 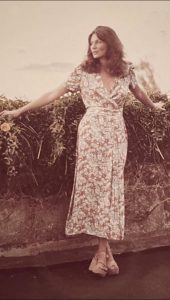 ‘Follow that girl,’ Dalí screamed, and turned to Carlos. ‘Who is this person?’

‘Invite her to the house. Immediately. She is the most beau – ti – ful creature in Cadaqués.’

Arturo pulled up beside Marsha and Carlos stepped from the car. ‘Señor Dalí would like to invite you to his house for a glass of champagne this evening,’ he said.

‘Oh dear, I’ve already made other plans,’ Marsha replied. She turned away and vanished through the arch that leads to the oldest part of the village.

‘Mag – ni – fi – que. She is a girl to make men dream of being heterosexual. She is the mother of fertility. Diana, the virgin huntress,’ Dalí said and his eyes popped out on stalks. Everyone said yes to a summons from Dalí and he adored it when people declined. ‘Send her a dozen red roses every day until she comes.’ 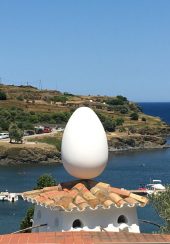 By the end of the week, Marsha’s room was full of roses and she walked one evening as the sun was lowering through the village and up the steep narrow lane that leads to the bay of Port Lligat.

The house isn’t hard to find with the giant eggs on the roof – not that it is a house as such, but a labyrinth of five interconnected cottages with the sea in front and behind a jungle of sculptures set among ancient olive trees and a penis-shaped swimming pool overlooked by two enormous thrones.

Marsha entered and the Divine – as he liked to be called – approached waving his arms in celebration.

‘She is a boooo – ti – ful animal,’ he yelled and Carlos detected a faint blush emerging under Marsha’s suntan. She was all in white with the light caught in her violet-coloured eyes, a waterfall of chestnut hair, wide cheekbones and the look of someone constantly high on something.

‘Are – you – from – Connect – eeee – kut?’ Dalí asked, stretching the words in his florid English.

He turned to Carlos with a conspiratorial look. ‘Violetera, go and turn on the light,’ he said in French.

Carlos – dancer, intimate, muse, procurer of beautiful and amusing people, Dalí’s Ambassador in Cadaqués – climbed the terraces to illuminate the porcelain sink hidden in the trees. It was the same as the units he used to embellish the museum and called the garden fixture the Lavabo Metaphysique. In the darkness, it took on the appearance of an angel with the pedestal forming the body and the basin a pair of wings.

‘Look, Beau Yeaux,’ he said to Marsha. ‘It – is – more beau – ti – ful – than – the – moon…’ He was all over her, ignoring the other guests, waltzing in circles around the terrace, collapsing finally on the soft beach of the red velvet cushions beneath a sign for Pirelli tires.

‘You are a poet?’ he said and continued before she replied. ‘I don’t like poets, but there was a poet I loved.’

They drank pink cava from Perelada. Rosa, the maid, in pink gingham, arrived with a bowl of black olives. Gala, Madame Dalí, like a prehistoric cat with a Coco Chanel bow in her hair, had got her claws into a stray Scottish boy Dalí had christened San Sebastian. Captain Moore – ‘He always wants mooore,’ Dalí mumbled – prowled through the shadows with a walking cane. Dalí’s secretary had become Dalí’s alter ego: he dressed like him, walked like him, affected his mannerisms. It was a joy to watch.

While Dalí was treating Marsha to his repertoire of apocryphal stories and dirty jokes, a strange thing happened. A head appeared and disappeared as someone bobbed up and down outside the garden wall. Carlos recognised the face and for a moment wondered if he was looking at his own double: the same long hair, the same carved cheek bones and dark eyes patterned with memories of India. The man climbed the wall and approached. Dalí was horrified.

‘It’s an assassin,’ he cried. The man stopped in his tracks. Carlos realised who it was and rushed to Dalí. 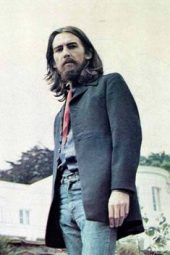 ‘The Beatles. From Liverpool.’

‘He wants my moustache and he can’t have it,’ Dalí shrieked and Carlos only understood what he meant when George Harrison told him over lunch at Casa Anita the following day that the Beatles had once paid $5,000 for a single whisker from the Divine’s moustache. Why? George had no idea. ‘It’s what you do when you’ve got too much money.’

Dalí was still sitting with Marsha. ‘Send for the Captain. The photographers should be here,’ he said. ‘Are there more Beat – el – es over the wall?’

George Harrison sat at his side with the expression of a man prepared for anything. In India, Carlos had bought a tamboura, a four-stringed instrument. George put it in tune and played My Sweet Lord.

He wagged a finger at George Harrison. ‘Violetera is the Queen of the Hippies. He was the first person to walk around the plaza barefoot,’ he told him. Then his expression changed from playful to serious. ‘You must adore being so famous,’ he said and George Harrison shrugged.

‘It’s great when you’re a little bit famous but the more famous you get the worse it becomes.’

‘I love being famous. It brings me to a state of grace and provides me with celestial orgasms. I prayed that I would become the best painter and the most famous man in the world and my prayers have been answered. I am more famous than the Beat – el – es and more handsome.’

He began to get excited asking questions about groupies which he eagerly resolved himself. George did his best to avoid the subject and left early with Marsha.

‘Diana has found her prey,’ the Divine whispered. ‘You must go and find Gala and ask her to give me a sleeping pill. Tonight the roar of the sewing machine is going to keep the whole village awake.’

Adapted from Sex, Surrealism, Dali and Me, the Memoirs of Carlos Lozano; available from Amazon in print, digital and audible.