People may tell you to just be yourself, but what they usually mean is ‘just be like me.’ 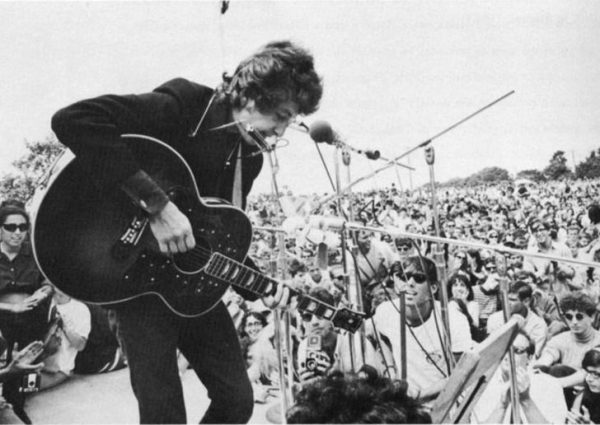 It is human nature to believe we have made good choices and our children should set off down the same path. The reverse is also true – clever sons rue the errors of their fathers and want to rectify what they see as a misspent life. 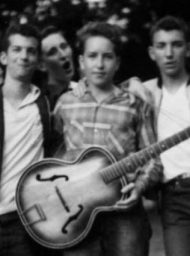 That would have made Dylan a shopkeeper in Hibbing, but when he heard the call of Tutti Frutti exploding from the radio, what went through his mind was: just be yourself and head for the unknown. According to the Roman poet Virgil: Fortune favours the brave. Dylan took advice from poets not parents.

The uniformity of the 1950s, men in wide suits and homburgs, women in hoop skirts smoking filter tips, gasped to a close. It was 1960. Bobby Zimmerman before he found his name was eighteen and rambled into New York with a guitar on his back and a ‘head full of ideas that are driving me insane.’

Just Be Yourself, they said

New songs gushed from his pen like ink fountains from Old Faithful in Yellowstone Park. They called him the Voice of his Generation and in 1965 they called him a traitor. A fan named Keith Butler in Manchester, England, cried Judas in anguish when Bob put down his acoustic and picked up an axe. In fact, it was Pete Seeger – folk incarnate – who said he would if he had one at hand taken an axe to the cables when Dylan plugged into an amplifier for the first time at the Newport Folk Festival in 1965. 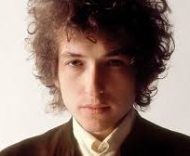 Pete in Newport and Keith in Manchester didn’t understand that in order to just be yourself you have to deconstruct the puzzle of who you were to become who you were meant to be. Life is a continual process of change. As we learn, we grow. Bobby Zimmerman like a lizard stretched out of his old skin and was reborn Bob Dylan.

Sing While You Slave

On that historic day, 25 July 1965, Dylan’s electric set consisted of three songs: Like a Rolling Stone (Rolling Stone Magazine’s No. 1 on their 2004 and 2010 lists of the 500 Greatest Songs of All Time), It Takes a Lot to Laugh, It Takes a Train to Cry, and Maggie’s Farm – the opening song with its tale of a farm labourer railing against the harsh conditions and slave wages –

Well, he puts his cigar out in your face just for kicks
His bedroom window, it is made out of bricks
The National Guard stands around his door
I ain’t gonna work for Maggie’s pa no more

Well, I try my best to be just like I am
But everybody want you to be just like them
They say, ‘Sing while you slave’ and I just get bored
I ain’t gonna work on Maggie’s farm no more

Pete Seeger, Woody Guthrie, Joan Baez, Cisco Houston, Lead Belly, Peter, Paul and Mary and the entire marching band of folk singers sang songs of protest, injustice, abuse, discrimination, racism, cruelty and oppression. Dylan wasn’t a traitor to the cause. He was a shapeshifter bringing the message in different ways to a far bigger audience.

Remember, too, Bob’s first love wasn’t folk. It was the rock-n-roll lure of Little Richard belting out Tutti Frutti on the kitchen radio in 1957, and that’s when the need to just be yourself began to take shape in his fifteen-year-old mind. Fortis fortuna adiuvat.

Does Dylan have Duende? And what is Duende?