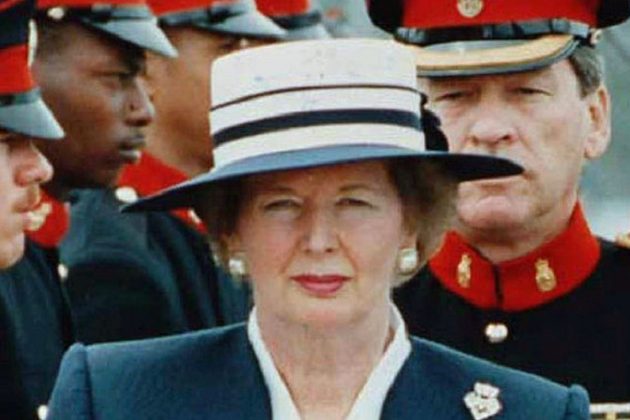 When she said there was no such thing as society, did Mrs Thatcher dream of a broken health service with striking nurses, a broken railway system with striking railwaymen, a broken society awash in foodbanks and millions living and dying in poverty?

Mrs Thatcher swept to power in 1979 with plans for a free-market economy untethered by rules, with minimal government spending, eye-watering tax cuts for the better off and a resurgence of British nationalism that brought in its wake race riots in 1981 to Brixton, Birmingham, Chapeltown in Leeds and Toxteth in Liverpool. 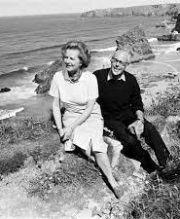 The Thatchers in Cornwall

Mrs Thatcher was laid to rest in 2013 after a state funeral procession through Central London costing £3.6 million and a church service at St Paul’s attended by the Queen. But Mrs Thatcher’s dream of a free-market trickle-down economy lives on in the ideology of Rishi Sunak as it lived on in Tory cabinets led by John Major, David Cameron, Theresa May, Boris Johnson and libertarian Liz Truss whose widely condemned tax shrinking budget is exactly the budget that Sunak believes in. Truss is a laughingstock for openly advocating what her colleagues have enacted and will continue to enact the Thatcher way, by stealth.

Mrs Thatcher’s Dream of Trickle Down

How does trickle down work? You lower the taxes for the rich and both lower the taxes and give public money in subsidies to corporations. This puts more cash in the pockets of millionaires who then spread the wealth around buying yachts and building new swimming pools. Problem is, it doesn’t work. It has never worked. The money doesn’t trickle down, it trickles off into secret accounts in tax havens where the new yachts are registered and the swimming pools that get built are built in the Caribbean.

The trickle-down that reaches the rest of us is the human, chemical and medical waste pumped into rivers and let out on outgoing tides that wash right back to our beaches eliminating this one small pleasure the underfed children could enjoy. 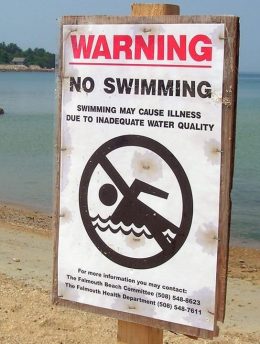 Why do we have poison sewage on our beaches and signs with a swimmer in a crossed out black circle and the word WARNING?

It began in July 1989 with the privatisation of our water network pushed through Parliament with the slogan ‘You could be an H2Owner’ to the sound of Handel’s Water Music – in spite of 79% of people opposing the policy.

There are currently eleven companies providing water and sewerage services across England and Wales. The majority of the shares in those companies are not owned by millions of small investors, Mrs Thatcher’s dream. On the contrary, 72% are owned by non UK-based investment firms, private equity, pension funds and businesses ‘with a complex web of ownership’ lodged in tax havens, according to research by the Guardian.

There is pressure on the water companies to put more money into replacing the crumbling infrastructure and to protect both the environment and public health, adds the Guardian. But public enquiries take years to complete and by the time the recommendations appear in Parliament, the companies have sold up and moved on.

Mrs Thatcher’s dream that private companies would manage the utilities more efficiently at less cost to the consumer was a pipe dream. It was always bogus. Always a lie. Always a Daily Mail headline. The first – in truth the only – obligation of bosses running private companies is to make profit for their shareholders and extravagant bonuses for themselves.

Who Owns Our Water?

Our water is owned by investment authorities in Qatar, Abu Dhabi, China; the US investment groups Blackrock, Vanguard, Lazard Asset Management; the Australian firms Macquarie and IFM Global; the Cayman Islands registered, Hong Kong based CK Hutchison, part of the business empire of Li Ka-shing, Hong Long’s richest man; and equity firms based in Singapore, Malaysia, Germany, Jersey and a dozen other nations with a ‘strong focus on extracting revenue, rather than the long term health of the company’ or the general health of the people of England and Wales.

How much do water company bosses earn? This from the Daily Mirror: ‘Nine water industry fatcats received more than £15 million in pay and bonuses last year as the number of times their firms pumped raw sewage into our seas and rivers rose 37%.’

Foreign companies clamber to ‘invest’ in UK water, railways, health, mail, gas and electricity because profits are high, the red tape elastic and bosses earn huge incomes by providing large dividends to shareholders. There is absolutely no question of actually investing in repairs and restoration of the worn and broken infrastructure and the Government for all its talk will not change a thing. Everything is broken because Mrs Thatcher’s dream was to break the unions, break working class communities and break the society she never believed existed anyway.

Rishi Sunak is a multi-millionaire ideologue who said Mrs Thatcher was the best Conservative leader in history. He has not moved into No 10 to repair broken Britain. His job is to calm the markets and continue the libertarian agenda of Margaret Thatcher. When Sunak did a U-turn on attending the COP27 climate summit in Egypt, what he was weighing up wasn’t global warming, it was how it would be received by the oil and gas companies that had donated funds to the Ready4Rishi leadership campaign.