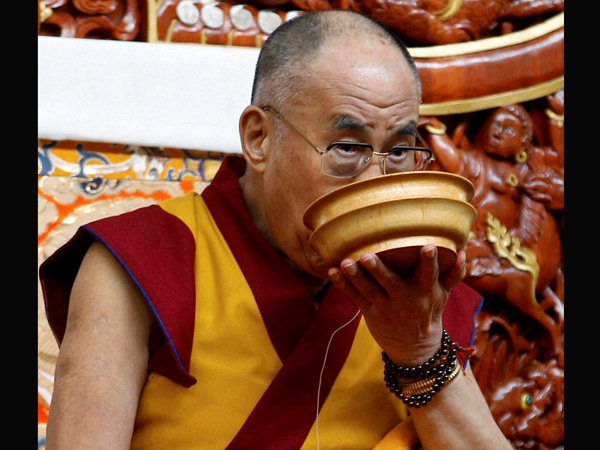 The Chinese invaded Tibet in 1950 claiming the country was part of greater China. Nomadic warriors called Khambas, armed with swords, fought a guerrilla war against the Chinese for a decade. They attacked columns of armoured cars on horseback and shot up bomber planes with Lee Enfield rifles.

The Dalai Lama, the spiritual head of Tibet, was 15 when the Chinese Army marched across the border. For almost a decade, he continued negotiations with Peking while the Khambas battled on across isolated plains dotted with remote monasteries and tribes of itinerant herders. The French explorer Michel Peissel, who had led numerous expeditions to Tibet, followed the conflict and published in 1973 the acclaimed The Secret War in Tibet.

Just as the war was doomed to fail, so were the negotiations. In 1959, the Dalai Lama fled over the mountains to India with his advisers and trunks of ancient scrolls wrapped in yellow prayer cloths. He formed the Tibetan government-in-exile in Dharamsala, a town in the Indian state of Himachal Pradesh set among the cedar forests in the Himalayan foothills. One hundred thousand Tibetans joined the diaspora.

The Thekchen Chöling Temple in Mcleod Ganj, the old British hill station a stiff walk above Dharamsala, became the spiritual centre for Tibetan Buddhism and the Library of Tibetan Works and Archives houses thousands of manuscripts including the translation of the dharma in what I would like to believe is rather good English.

In 1973, I journeyed overland to Dharamsala to take a course in Buddhism. I was 26. I had been a journalist since the age of 18 and had reached the pinnacle of my career in 1971 as the editor of The Athens News, the English-language daily that challenged censorship during the years of the Regime of the Colonels, the military dictatorship that ruled Greece from 1967 to 1974.

For 18 months, I worked in the busy office with its chattering teleprinters from 6.00pm to midnight and wired stories to the BBC and the Guardian. My phone was tapped – you can hear the click as you lift the receiver – and I had the double-edged fear and excitement of being followed by agents in scenes that reminded me of the Costa-Gavras 1969 film Z, a fictionalised version of the events surrounding the assassination of the democratic Greek politician Grigoris Lambrakis.

In the spring of 1972, the German author Günter Grass gave a fiery anti-junta speech at the university. He was put under house arrest at the Hotel Grande Bretagne and smuggled out through the back door into a car by two men in black ties from the CIA. I spoke to Grass briefly in the hotel kitchens before he was whisked away to the American airbase and flown back to Germany.

Grass’s escape from the Colonels was my one great scoop as a journalist. The story was picked up by the news agencies and published around the world. Two days later, the agents who had followed me through the city streets came knocking on the door and I was put on an Olympic Airways flight back to London. I had never eaten olive oil before going to Greece and, having acquired the taste, my one souvenir was the two kilo can of virgin olive oil given to me by my Greek neighbours.

I found a job as a sub-editor on the Kent Messenger and was quickly bored after the thrills of Athens. I lasted six months – the same as the olive oil – and on 1 January set out for India. I had planned to stay in Dharamsala for two months before travelling on to Sydney where my old editor, Mike Marples, said he would have a job for me on News Corp’s The Australian, a long-distance stepping stone to Fleet Street. 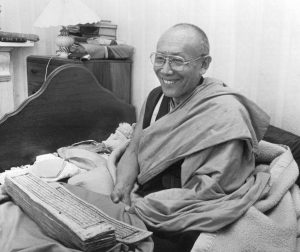 The two-month course in Buddhism was conducted by Geshe Ngawang Dhargyey, a jolly lama who rocked back and forth on a raised cushion as he set out the precepts of the Buddha’s teachings. He was assisted by two translators, Khumlung and Sherpa, Rinpoches who had studied at English-speaking schools in India. Rinpoche means  ‘Precious One’ and refers to lamas who have been reborn as holy teachers.

When Khumlung and Sherpa weren’t assisting in the courses, they worked with American scholars Alex Berzin and John Landow, two New Yorkers turned Buddhist who had mastered Tibetan and were translating the dharma into English. These four smart men worried over every word in an attempt to bring the Buddhist teachings to the ‘everyman’ in a language that was accurate but easy to assimilate. 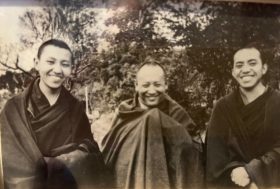 When they discovered that a journalist was in town, I was invited to join the team. My job wasn’t to edit the text, but to check that it was lucid to the ‘everyman.’ When I found passages difficult, the scholars reworked them until they were clear.

The westerners who arrived in Dharmsala offered what skills they had. A Canadian taught chess. A Swiss architect had designed a triangular-shaped, single room dwelling that was inexpensive and easy to build, the perfect resting place for the refugees who continued to defy the Chinese border guards and make a dash for Dharamsala. Peter was an English carpenter who led the team constructing those buildings.

People died crossing the mountains and children who arrived alone joined the orphanage in Forsyth Gunj, another step up the mountain where an old Scottish church from the hill station days was still in use. Teachers, nurses and volunteers worked together and made Forsyth Gunj a place of gaiety and optimism.

When I learned that many of the stories shared around the camp fires were never written down, I started to make a collection with Dala Sonam Khalintsang, a student at Delhi University with two distinct Tibetan characteristics: good humour and endless patience.

Nice Cup of Tea with an English Accent

At 2.00 in the afternoon most Wednesdays, I went with Khumlung, Sherpa, Alex and John to report on progress with the dharma translation over tea with the Dalai Lama. We spoke English and drank the buttery salt tea for which the Tibetans are famous. The Dalai Lama – in fact all the lamas – had a sweet tooth and there was always plates of barfi, Indian sweets made from coconut, cardamom and milk.

The Dalai Lama had learned English as a child with Heinrich Harrer, the Austrian mountaineer who had escaped from a British prisoner-of-war camp in India during the Second World War and climbed the high peaks of the Himalayas to reach Tibet. He spent the war years in Lhasa with the young boy king and wrote the fabulous Seven Years in Tibet. The Dalai Lama had rounded off his clipped German English living in India and added a twang from New Jersey chatting with Alex and John. 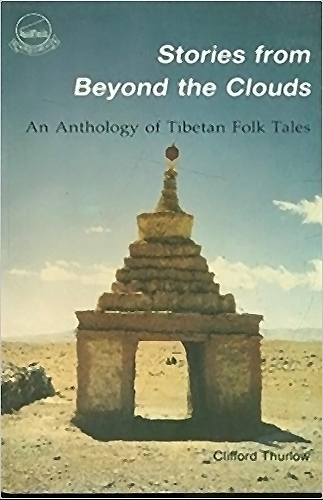 Stories from Beyond the Clouds

When the Dalai Lama discovered that I was writing a book of folk stories, he was immediately interested and sent me off to see some of the older people he knew had tales to tell. I typed them up on the portable Olivetti that belonged to the Canadian and read them to the Dalai Lama and his team after our Wednesday meetings – the text undergoing a good deal more editing than my edits on the dharma.

When I completed the collection, I gave the manuscript and the rights to the Dalai Lama. Stories From Beyond the Clouds was published the following year by the Library of Tibetan Works and Archives and, over five editions and foreign sales, has raised a modest sum for the refugee village.

The last time I saw the Dalai Lama that year, we drank tea English style and I was sure that over the previous twelve months his accent had softened, the syllables evenly stressed, less of a twang, more RP, received pronunciation, like my own. 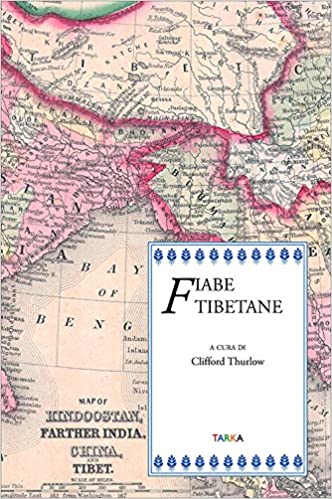 He pressed his palms together and bowed his head. I did the same.

‘Thank you, Sangay Tzondru,’ he said.

I had become a Buddhist and Geshe Dhargyey had given me a name that described my defining nature: The Buddha of Perseverance.

It was December. The mountains had turned into a white snow blanket and the thin air tasted of wood smoke and tsampa, the roasted barley that gives body to the big dumpling stews that keep the Tibetans going through winter. I arrived back at Heathrow on New Year’s Eve. I never made it to Australia and never worked as a journalist again.

Does the Dalai Lama have an English accent? Listen to his discourse on respect at Stanford University and decide for yourself.

Almost twenty years later, I rented a house in Cadaqués, Spain, that turned out to belong to Michel Peissel. The Secret War in Tibet, that I had read in 1973, was on the shelf with a dozen other books recounting his explorations; my summer reading. There seemed to be a current, an energy, that had taken me to that house in that village, and I am not sure if it is coincidence or karma, but it seemed fated that I would one day join the crew of Peissel’s Viking ship on another adventure.

You can leave a comment in the box below.