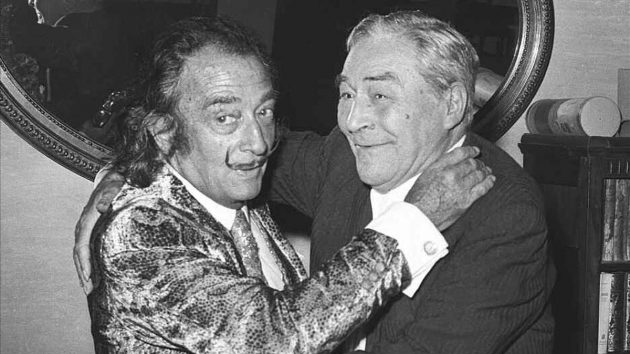 Josep Pla was my first Spanish teacher. If I drop the odd anachronism into the conversation, don’t blame me, blame the great Catalan writer, journalist, bon vivant and, it has been said, forerunner of magic realism.

It all started after spending Semana Santa climbing the dirt track to Sant Pere de Rodes with my wife Valerie, Eloy Ferrer and Trish Healy. Eloy introduced us to the delights of the carajillo – black coffee with brandy – in Selva de la Mar and, as the stars came out over Cadaqués, we ate fresh fish straight from the sea beneath the watchful eyes of Salvador Dalí at Casa Anita, still a well-kept secret back in 1984. 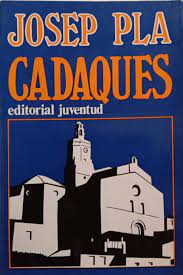 Before we left Cadaqués next day, we went to Gispert, the bookshop at the centre of the plaza. Eloy bought El País – the only newspaper worth reading, he said – and a book titled Cadaqués by Josep Pla, which he gave to me. Pla had written unflattering articles about Franco’s regime while in exile in France during the Spanish Civil War and suffered the consequences for the rest of his life.

After the war, Pla (1897-1981) was offered the post as deputy-editor of the Barcelona daily La Vanguardia. When he arrived for work on the first day, soldiers barred the way, denying his entry to the building and denying the writer ‘his world and his language,’ as Vicenç Altaio put it. He left the city for La Escala, then moved to Cadaqués where he walked the coastline as if in search of the life he had lost.

One morning in a remote cove, Pla watched a young woman slip beneath the sun silvered sea with a knife gripped between her teeth. She was collecting erizos del mar, the spiny black urchins that cling to the rocks and – with about two dozen – make a delicious meal with a squeeze of lemon and bread torn from a baguette to clean out the shells. She swam in from the rocks with her string bag crammed with urchins, stepped naked from the waves and tossed back her long dark hair as she walked brazenly towards the writer.

What Pla said to the woman and what she replied is left to our imaginations. What we do know is that the cosmopolitan intellectual had found his raison d’etre. Consuelo was, Pla wrote, ‘softly spoken, slender, with sharp cheekbones and inquisitive, large brown eyes,’ – the cliché description of a beautiful woman but, then, he was clearly smitten.

Consuelo moved into his house close to the church and they became lovers at a time when such wickedness provoked excommunication and odium on the one hand, secret admiration and respect on the other. Pla abandoned his former compañera sentimental – a more precise description than the translation ‘girlfriend’ in English, and when he took Consuelo to visit his snobby parents in Palafrugell, she dressed and played the role of a serving maid.

When Josep Pla died in 1981, his heirs stripped ‘one hundred cartloads’ of books and belongings from the house they had inherited. Consuelo stayed on. She was protected by a clause in her lover’s will that allowed her to use the house in Carrer des Call for the rest of her life.

According to local gossip, the family contested the will, but Consuelo remained defiant and gained fame in the village as the Cat Lady. Bone thin and pale with her white hair pulled back in a chignon, every day she prepared buckets of food for the clutter of wild cats that waited for her in the courtyard facing the church, a role she played for the next twenty years.

The wind was gathering speed as we arrived at the bus station to get the early bus back to Barcelona. The church bells rang out and Eloy remarked, ‘The chimes of freedom.’ He had said the previous day on being asked a question that the answer was ‘Blowing in the Wind.’ It dawned on me that Eloy Ferrer had learned English listening to Bob Dylan as I, with my copy of Cadaqués and the Collins dictionary, would set out to learn Spanish to the antiquated rhythms of Josep Pla.

Love Dalí, my book Sex, Surrealism, Dalí and Me is FREE on Amazon Kindle US, UK, Spain etc