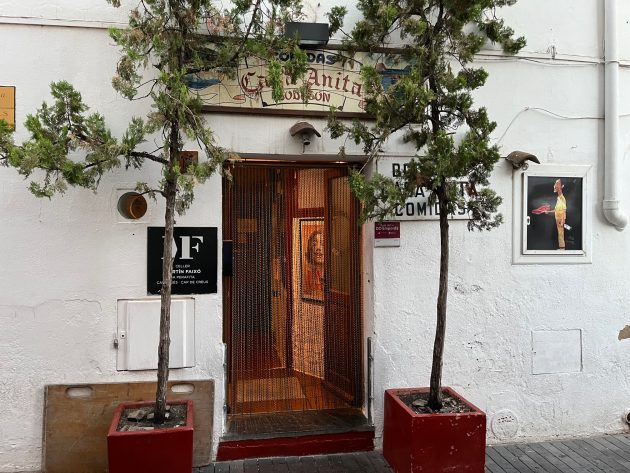 Casa Anita in 1984 was still a well-kept secret, The Ritz for those with a bohemian spirit and a taste for fresh fish that has leapt straight out of the sea and landed on the grill.

Named after the effervescent owner, Anita was a beautiful woman with dark lustrous eyes, hair black as coal and a flower wedged behind her ear. She had moved her family from Andalusia to open a bodegón for workmen and found, to her surprise, Salvador Dalí and the beau monde of artists, actors and dreamers squeezed around her three refectory tables lit by the tallow light of flickering candles.

It was Easter, Semana Santa. My wife Valerie and I had come to Cadaqués with Eloy Ferrer and Trish Healy, who worked with Val at the British Institute. It was our first visit. We had spent the day climbing the sheer slopes to Sant Pere de Rodes, the Benedictine monastery around the coast, and long shadows were circling the trees by the time we stumbled by chance down the ‘street of sin’ into Casa Anita.

With its low arched ceiling and roughly painted white walls, Casa Anita gave you the feeling of being in a cave, or a womb, somewhere safe and eternal. The aromas seeping from the small kitchen was what you might have expected when evening fell in the Garden of Eden and Adam lit the barbecue. We ate grilled lubina – sea bass – and drank cloudy white wine with ‘the bitter taste of tears,’ as Salvador Dalí once remarked.

Casa Anita Photo Album of the Past

The mobile eyes of Dalí stared down at us from the walls. He was omnipresent among the cacophony of family photographs and famous faces captured in black and white like a glimpse of the past – Yul Brynner, Kirk Douglas, Jean Louis Trintignant, Marcel Duchamp, Amanda Lear, Carlos Lozano.

Dalí was born twenty miles inland in Figueres and spent summers with his sister Ana María at the family summer house in Cadaqués. It was then a two-day journey with a pair of horses hauling a wagon over the dusty tracks. They would sleep beneath the stars thankful, I’m sure, that there were no longer Moors on the coast.

Dalí’s first major exhibition was at the Galerie Pierre Colle in Paris in 1931, when he exhibited The Persistence of Memory. His melting clocks masterwork was a coup de théâtre and he became at twenty-seven an overnight success. Dalí used the money from the sale of paintings to buy a ramshackle fishing cottage on the outer edge of Cadaqués in the bay in Port Lligat.

The property belonged to the fabled witch La Lidía – Lidía Nogués de Costa – who, by small world coincidence, had provided lodgings to Picasso when he visited Cadaqués in 1910. Dalí’s abstracted bronze figure of La Lidía now stands on the shoreline, hair swept back by the eternal wind, her right arm extended to support the ceramic water jug on her head.

There were five cottages in a row. One after the other, Dalí bought them all and created a dreamlike complex with a garden filled with bizarre statues, a giant egg on the roof, a penis-shaped swimming pool and Gala’s little yellow mallorquina moored in the bay. His exhibitions would take him all over the world, but Dalí relished most his summers in Cadaqués with his Russian wife and the beautiful people who came to be painted, charmed and seduced. 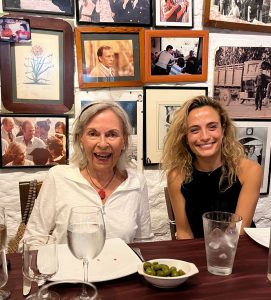 The Taste of Cadaqués

There is a distinctive taste in the Cadaqués air: sea salt, pine sap blown down from the hills, the menopausal odour of ancient olive trees, that misty wine with the tang of Dalí’s tears. Musicians invent music played once on the spur of the moment and never heard again. You can imagine yourself standing on the shore and falling in love with a stranger passing on a boat leaving the bay never to return.

There is a primordial sense of spontaneity, creativity, rebellion, a feeling that you can reinvent yourself. People who haven’t drawn a picture since they were children find themselves in art shops buying brushes and water colours. Writers’ heads fizz with illusive similes. Like Dalí’s eccentric refuge, Cadaqués is a mystery that would take years to solve, if solving it were possible, even desirable.

Before we left Casa Anita, we were passed a heady sweet liqueur in a porrón, a glass vessel with a long thin spout that you had to hold above your head in order to pour the liquid into your mouth without touching the container to your lips, a process in which the uninitiated are doomed to fail, inviting laughter, the glue that holds society together.

Everyone in the candlelight seemed engaged, brimming with life, and I would ask myself later if this were my imagination, or whether Cadaqués drew out something inside us. We had instantly been made welcome like members of a religious order with ear-whispered knowledge: that realisation that we had found something hidden, special, a secret.

See – Moors on the Coast, Part 1, A Brief History of Cadaqués

Now that you’re here, for some reason my book Sex, Surrealism, Dali and Me is free on Amazon Prime UK, US, Spain etc. Also in print and audible 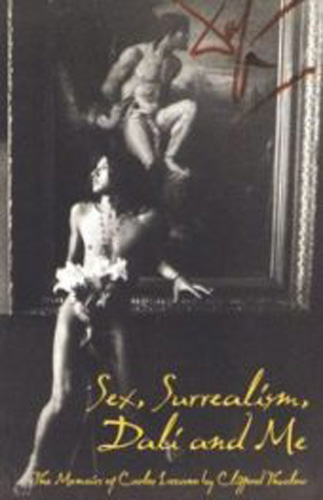