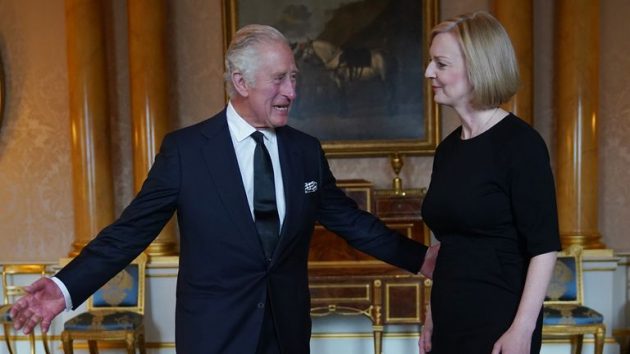 Slippery Liz the plastic politician can bend into any shape or form and, like plastic, has the potential to destroy the world as we know it.

Some 172,000 Conservative Party members were eligible to vote in the prime ministerial contest – about 0.3% of the total UK electorate.

Of the 141,725 card carrying Tories young and fit enough to get out of bed to cast their ballot, 81,326 chose Slippery Liz over Dishy Sunak, the almost billionaire with a stiletto stained with the blood of the Great Liar.

What can we expect from our new leader? Nobody has any idea whatsoever.

This is what Slippery Liz had to say about the European Union: ‘I don’t want my daughters to grow up in a world where they need a visa or permit to work in Europe; or where they are hampered from growing a business because of extortionate call costs and barriers to trade.’

There’s more: ‘Every parent wants their children to grow up in a healthy environment with clean water, fresh air and thriving natural wonders. Being part of the EU helps protect these precious resources and spaces.’

Slippery Liz on the Road to Damascus

Like a tub of plastic Perrier bottles being recycled into a garden chair, once the tide turned against remaining in Europe, Slippery Liz’s metamorphosis into a born-again Brexiteer had all the hallmarks of Paul the Apostle’s conversion to Christianity on the road to Damascus.

Paul devoted the rest of his life to preaching the gospel of kindness, fairness, charity and feeding the poor, weak and hungry. What he thought about zero-hour contracts, the Bible doesn’t say.

On monarchy, Slippery Liz in an ITV News interview in 1994, said she was not against any of [the Royals] personally, but, ’ she continued, ‘I’m against the idea that people can be born to rule – that people, because of the family they are born into, should be able to be the head of state of our country. I think that’s disgraceful.’ Importing two thirds of our cheese is likewise disgraceful, she warned the last Tory conference. They laughed at her then but they’re not laughing now Slippery Liz has reached the summit of her unbound ambitions by stepping on the heads of Gove, Shapps, Raab, Mogg, Sunak, Hunt (who should be in prison for what he has done to our NHS) and Iain Duncan Smith (who should be in prison after 40,680 people suffered early deaths or committed suicide within a year of their welfare being cut or denied during the Universal Credit reforms. They gave Duncan Smith a knighthood for his work, the English way.

Slippery Liz comes from a Labour voting family; her dad’s a mathematics lecturer, changing colour like a Dulux chart from leftie pink to Lib Dem orange to revolutionary blood red anti-monarchist to the bluest of royal blue.

Asked by Andrew Neil on his TV show how many starter homes the Conservatives had built since their 2015 pledge to build 200,000, Slippery Liz, the then Trade Secretary, claimed not to have the ‘exact numbers,’ which makes both perfect sense and no sense given the number was…zero.

At the Conservative leadership’s penultimate hustings, Ms Truss said ‘the jury is still out’ on whether French President Emmanuel Macron was a “friend or foe”. In response, Mr Macron said it was ‘not good to get too disoriented.’ He clarified, if asked the same thing, he ‘wouldn’t hesitate for a second. France is a friend of the British people.’ 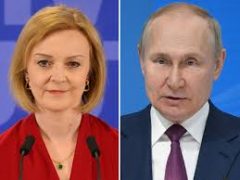 During the leadership hustings, Slippery Liz reiterated her pledge to “call out” Russian leader Vladimir Putin over his invasion of Ukraine in person at the Group of 20 summit in Indonesia in November. ‘I am prepared to face Putin directly and call him out in front of those very important swing countries like India and Indonesia.’

Slippery Liz was anti-monarchist when she thought it would make her popular with fellow students. She was pro-Remain to please Cameron and pro-Brexit to please Johnson.

Our new Prime Minister exemplifies the Peter Principle, that people in management tend to rise to their maximum level of incompetence. Slippery Liz the plastic politician survived ten years in Cabinet top jobs without flourishing in any of them. People good at their jobs are promoted until they are unable to cope and there they stay in positions beyond their capacity and suitability.

When launching her campaign for leadership, Slippery Liz got lost slipping out of the conference room, the perfect metaphor for the direction her new government will take.