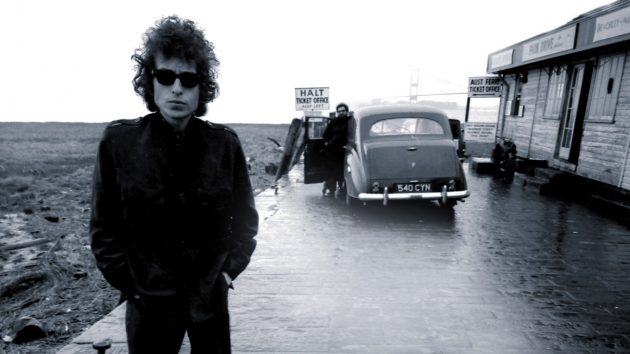 In the jingle-jangle morning I’ll come following you. I love this line. It has always intrigued me, but I have never known what it meant.

Now I do. It doesn’t mean anything. The words are the meaning. They are beautiful, melodic, alliterative, compelling.

We have all woken in the jingle-jangle morning unsure what the day will bring and felt that sudden and pressing need to follow our dreams, our lover, our destiny.

The words come from the last line of the chorus of Mr. Tambourine Man:

Mr. Tambourine Man was the first track on the acoustic side of the March 1965 album Bringing It All Back Home and was recorded by The Byrds in April, just a month later. The Byrds’ version, with jingling percussion and jangling guitars, popularised folk rock and jangle pop, musical subgenres synthesised with folk, jazz, blues, bluegrass, country rock and hard rock in Dylan’s interlaced Bayeux tapestry depicting the history of 20th century music.

In 1964, the Beatles’ biggest hits were boy loses girl love songs: I Want To Hold Your Hand, Please Please Me and Can’t Buy Me Love.

With the likes of Hard Rain, Blowing in the Wind and The Lonesome Death of Hattie Carroll, Mr. Tambourine Man was a writing guide for lyricists that inspired John Lennon’s anthem Imagine, Paul McCartney’s masterpiece Yesterday, George Harrison’s omnipotent While My Guitar Gently Weeps.

Couplets and pentameters for Mr. Tambourine Man first appeared in Dylan’s scrappy notebook in 1964 when he made a road trip with friends to the Mardi Gras in New Orleans. If you lean your head out far enough you can hear the mystery tramp of the parade, the jingle-jangle chatter of the ragged clown costumed as a monk, vague traces of skipping reels of rhyme. Close your eyes and you can see the ever-changing kaleidoscope of Dylan’s vision:

Though you might hear laughing, spinning, swinging madly across the sun
It’s not aimed at anyone
It’s just escaping on the run
And but for the sky there are no fences facing
And if you hear vague traces of skipping reels of rhyme
To your tambourine in time
It’s just a ragged clown behind
I wouldn’t pay it any mind
It’s just a shadow you’re seeing that he’s chasing

Dylan played the song on 17 May 1965 at London’s Royal Festival Hall. I’m a lucky man. I was there, four months from my 18th birthday, still at school, waiting for exam results and suddenly inspired to write.

I saw a job advertised for a trainee reporter on a local paper called the Isle of Thanet Gazette. I got the job and started work in August 1965 just as The Byrds’ Mr. Tambourine Man went to No 1.