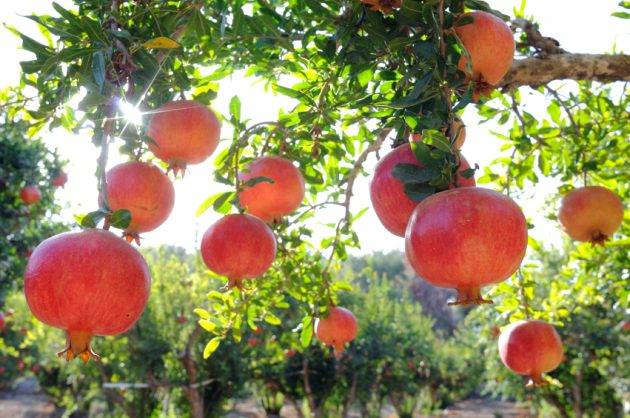 The first time I visited the monastery at Sant Pere de Rodes was on a stone track that led out of the village of Selva de la Mar. There was no road and the climb up the almost vertical gradient took two hours.

It was Semana Santa 1984. I was with my wife Valerie and two friends, Eloy Ferrer and Trish Healy, from New Zealand. We had walked from the bus stop at Port de la Selva to to Selva de la Mar, a secluded hamlet built in the Dark Ages in dense forest (selva) two kilometres inland from the coast. This brilliantly conceived plan was to create a hiding place for when the Moors came roaring ashore waving swords and crying allahu akbar, praise be to God.

Much of the original village has disappeared and what’s worth seeing in Selva de la Mar today is the curiously shaped main square, the elegant Romance era houses from the early 19th century and the pomegranate trees that appear at summer’s end with red and gold fruit like lanterns lit by the last light of day. Like the Saracen invaders, the pomegranate with its syrupy exotic scent – adopted by Jo Malone – crossed the Strait of Gibraltar to Spain after journeying along the African coast.

The monastery in 1984 had no gates, no entry fee and we were among few visitors that chilly Easter weekend. We wandered with the wandering goats among the ruins trying to imagine what it must have been like to have been a resident of Sant Pere a thousand years ago – rather bleak, I thought, and not surprising that so many monks left the wind-swept heights for the comforts of life at sea level.

At the time of our visit, there was a brief history of Sant Pere with a titillating description of the monks paying regular visits to ‘ladies’ in the nearby villages. First, they stayed overnight, then they stayed for a week, then they didn’t return to their cold contemplative cells at all. When there were too few monks left to maintain the building, they abandoned the monastery and moved to Vila-sacra.

The monastery now, a generation later, has solid gates, a road of tortuous switchbacks, a visitor centre and colour brochures for a few euros that tell the story of Sant Pere de Rodes with the louche chapter of the monks on their midnight excursions air-brushed from history.

It took just as long to walk down from the monastery as it had taken to walk up. With a mixture of exhaustion but exhilaration, we followed the footsteps of those wayward holy men to a bar in Selva de la Mar where I was introduced by Eloy to the irresistible charms of the carajillo – black coffee with brandy.

As we arranged ourselves on cane chairs around a marble-topped table, the four elderly men playing cards in the corner fell silent and studied us as if we were curios on display in the flea market. They quickly lost interest and returned to their game, the cards slapping the table among wine glasses and packets of Ducados, the strong dark cigarettes I had started to smoke as my initiation into Spanish life. There was no reason to believe the world was going to come to an end in 1984, but Orwell had imbued the year with an apocalyptic air and smoking implied a rebellious logic.

When we ordered a second round of carajillos, the card players paused again and the eldest of the group, a man with a tobacco-stained white moustache and blue eyes, asked Eloy where we were from.

The man glanced at me. ‘Mrs Thatcher, very good,’ he said, and I shook my fingers in that gesture showing that I didn’t really agree.

‘Maybe not so good,’ I replied, and he roared with laughter.

He pointed at the ceiling and I gathered as he continued to chat with Eloy that he was asking if we had visited Sant Pere. I understood nothing; nothing but the poetry of the exchange, and thought metaphorically that if learning a language is like climbing a mountain, I had barely taken the first step into the foothills.

Nearly everyone I had met in Catalonia spoke Spanish as well as Catalan, even French, and many people could at least communicate to some extent in English. I felt ashamed that my island nation after ten years as a member of the Common Market paid so little heed to languages, how the philosophy and literature ‘on the Continent,’ as we liked to say, was generally belittled because it simply wasn’t British.

I sipped the second carajillo and turned towards the corner table. The four men carried the similarity of age with time-worn faces and seemed at ease in their own skin. They wore dust-stiffened berets, open-necked shirts, faded blue trousers that fell a few inches above the ankles and rope-soled espadrilles. They were old enough to have lived through, even fought in, the Spanish Civil War (1936 – 1939), but blithely chain-smoked Ducados and sipped their wine as if with a deep awareness that life is lived in the moment.

Eloy translated as we walked back to the bus stop in Port de la Selva.

The man with the white moustache had spoken Spanish, seeing how we were foresteros, but used the word aiguardent, Catalan for brandy, not the Spanish coñac. They switched effortlessly from Catalan to Castilian Spanish and borrowed words from the two languages as felt appropriate, even poetic. If you found yourself in a beach bar – a chiringuito – in 1984, it was not unusual to hear a fisherman quoting lines from Lorca or Antonio Machado in a rich, resonating, salt sea voice.

When Orwell travelled to Spain in 1936 it was volunteer to fight for the Republic against Franco’s Nationalists in the civil war. After the few weeks that I had been in Spain, I had no doubt that had it been 1936, I would have done exactly the same.

See – Moors on the Coast, Part 1, A Brief History of Cadaqués.