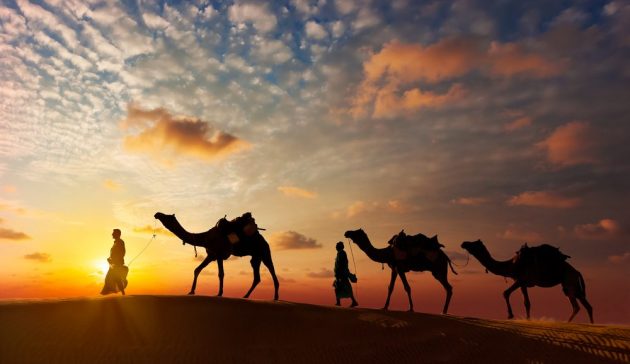 Traders on their way home from the camel market.

In Agadir I stole a lemon. It had toppled from the pyramid on a market stall where an old man lost in thought sat stroking his grey beard. The lemon had rolled a few feet away. I picked it up and should have put it back on the pile. I didn’t. I tossed it from hand to hand as I made my way to the pension where I was staying. I stood the lemon on the dusty shelf beside the window, a flash of colour in the subdued rusty tones of the room.

The pension was on the outskirts of Agadir in a nest of sand-coloured buildings on the road south into the Sahara. I planned the following day to visit the camel market, one of the few of its kind that had survived into the 1970s. 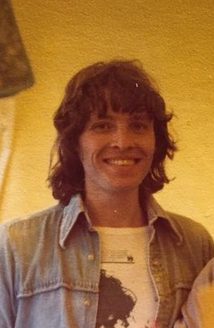 I ate vegetable tagine with some goat’s cheese and yogurt. The only drink available was warm Fanta or Coke. I’d seen a skinny boy of about fourteen carry the crates in from the back of a donkey earlier in the day.

When I went outside to enjoy the night air, the fruit seller was sitting at a low table over a chessboard lit by a kerosine lamp. Our eyes met and I felt guilty about the stolen lemon when he beckoned me to join him. I sat in front of the two lines of white chessmen. We had almost no language, just a few words of French. He waved a finger and I pushed my king’s pawn forward two squares.

As we played the boy who had carried the drinks into the pension appeared with a younger boy about twelve. They were brothers, Adil and Safi, grandsons of the fruit seller. They watched the game, understanding the moves, and leaned closer to consider our battle plans. I lost narrowly and the brothers were pleased the master had won.

They asked me where I was from and I tried to explain. It was hopeless. The old man said something in Arabic and Safi rushed off and returned with a school exercise book. I drew a map of Europe with Britain on the edge of things.

But where is Morocco? They had no idea. I added Africa to the map and they were disappointed that their land that stretched to infinity wasn’t bigger. I pointed out that Britain was a lot smaller than Morocco and their world grew large again.

A Part of Something

Next day, I got a rickety bus to the camel market and watched the men – there were no women – examining, buying and bartering for camels that all looked old and worn out with bad teeth and smelly breath. The men drank hot sweet tea and passed grubby notes between them, Berbers, Arabs and Tuaregs in blue jhalabas like slices of sky, their nicotine voices echoing sounds that could have come from the Tower of Babel. The camels snorted and snarled and the men roared with laughter when one of them got bitten on his arm.

I took surreptitious photographs and was back on the long sandy Agadir beach mid-afternoon. The sea was a jewel in shades of jade and sapphire. French women from the villas behind the beach sunbathed naked. Boys sold soft drinks from buckets of ice and old women clothed from head to toe displayed sarongs and prayer mats. It was a scene from a nouvelle vague film but in muted colours not black and white. I was happy to be on the sun scorched landscape. You see more when you are alone. You become a part of something without being sure what it is.

The lemon on the shelf in my room had lost its glow and the faint brown marks on the skin gave it the appearance in the half light of a squatting Buddha.

I played chess again with the old man, a long game with the boys watching and the pieces falling one after the other like soldiers in war. I won, mating the black king with a lone pawn and castle. Adil and Safi became tense, almost angry, and my opponent fingered his amber worry beads as he said a silent prayer, for what I had no idea. The old man was bold but reckless. It was easy to read his game and take advantage of his sacrifices.

Exposed: I Stole a Lemon

On the last day, I climbed the hill to the remains of the 16th century fortress mostly destroyed in the 1960 earthquake that had killed 15,000 people. I bought a travelling chess set with exquisitely carved pieces at the El Had souk and met a couple who had scaled the Atlas mountains. They had maple leaf flags stitched on their backpacks, a sign to say what they were not, American, but Canadian. We had lunch together in a French restaurant with film posters on the wall and for some reason I told them about the stolen lemon.

It was my last night in Agadir and the old fruit seller was waiting for me in the flickering glow of the lamp. As we played our third game of chess, he was more careful and I was more daring. I lost a bishop and rook in quick succession and the two boys clapped when the old man’s black queen snapped up a pawn and slid in beside the white king protected by a knight.

The lemon was shrivelled and I left it on the shelf. I packed my bag. The bill for three nights was less than £5. Adil and Safi were in the reception wiping dust from the wooden shutters. I gave them the chess set I had bought in the souk.

I went to the fruit stall on the way to the bus station. The old man weighed a kilo of oranges with a hand held scale. He put the five oranges in a bag. He was about to give it to me and stopped. He removed one of the oranges. He pointed at himself, then placed the orange on the pyramid of lemons.

All comments, critiques and links welcome in the comment box below.