Nobody remembers the fourth man in the Olympics. Or the climbers who followed Edmund Hillary and Tenzing Norgay to the peak of Everest. Who took to the stage at the Royal Ballet after Rudolf Nureyev and Margot Fonteyn? 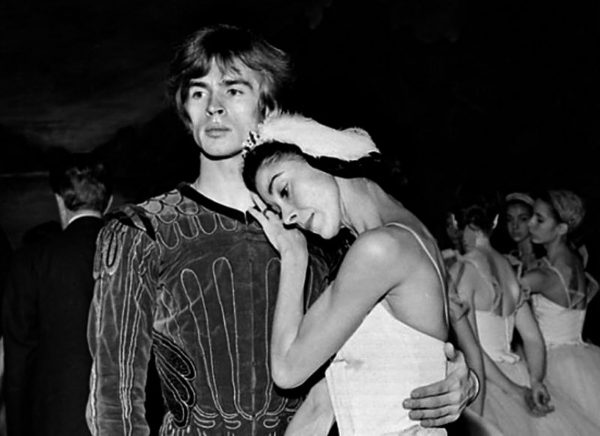 His was a great human interest story – the barefoot boy from Somalia who learned to run in the desert and took up athletics after immigrating to the UK. After winning gold, he did TV ads, was chosen as BBC Sports Personality of the Year and was knighted by the Queen in 2017.

On the podium with Mo that day in 2012 was the silver medalist Galen Rupp, from the United States, and bronze winner Tariku Bekele, from Ethiopia.

Who was the fourth man?

He is not listed. For four long years he had trained for this race. He saw the finishing tape come into view at the same time as Mo, Galen and Tariku – and was beaten by a single breath, a heartbeat, the blink of an eye. Mo gets knighted and rich. The fourth man is unknown, forgotten.

Every year, third division and non-league football clubs are called Giant Killers after knocking out top flight teams in the FA Cup. The most famous was in 1984, when the mighty and mega rich Manchester United was slaughtered 2-0 by eleven amateurs from Bournemouth.

How can teams made up of players who are watched over by doctors as they train six hours a day and earn millions of pounds a year, be beaten by a bunch of firemen and bank clerks who go out and kick a ball about for fun on a Saturday afternoon?

Thomas Edison is credited as inventing the light bulb. He patented the discovery in 1888 after a ‘dirty war’ with arch rival Nikola Tesla. Tesla had turned up at the patent office just weeks after Edison. He lost the light bulb race, patented various eccentric inventions and died penniless. He would have been wiped from history but his name was revived for the electric Tesla car made by Elon Musk, the world’s richest man worth (on Tuesday) a preposterous $209 billion.

Success and failure are so close they touch like yin and yang and each contain the seed of their opposite, a sign of their similarity. If you ask the concert pianist and the pub player to play I’ve Got a Lovely Bunch of Coconuts, would it sound that different to the untrained ear?

Alexander Fleming in 1928 returned from holiday to find mould growing on a sandwich he had forgotten to eat. The mould had produced a self-defence chemical that killed bacteria. Dr Fleming wouldn’t have won prizes for keeping his laboratory in order and, as a result, developed the antibiotic penicillin that has saved millions of lives and turned a small failing into a grand success.

Failure is a matter of perception and success a state of mind. They are merely metaphors, the hungry man with his nose pressed to the restaurant window and the sated diners pushing away their half-full plates.

Artists often feel sad without knowing why. They know on a subconscious level that every dab of colour could have been a different shade and every line of prose could with one more edit have read better. The American painter Jasper Johns, at the age of 24, destroyed all of his work. He explained that it was time to stop becoming and be an artist. ‘I wanted to find out what I did that other people didn’t, what I was that other people weren’t.’

Writers, too, destroy their manuscripts or go with self-loathing to a vanity press to self-publish their books. They have laboured over their precious words and want to launch them like fireworks into the universe even if few eyes will ever see the sparkle. Their book is both a physical success in that it exists and a failure in that it is still born.

They can at least draw succour from the Irish writer James Joyce. His novel Ulysses was turned down by all the major publishers and was finally nurtured into print in Paris in 1922 with donations from friends. Had they not done so, word of mouth that the book was special would not have reached the waxy ears of the London publishers and Ulysses would not have topped numerous polls 80 years later as the best novel of the 20th century.

Bob Dylan wrote enigmatically: ‘There’s no success like failure and failure’s no success at all.’ Can we determine from this that we learn a lot through failure and move closer to success? Or one person’s failure may be seen as success by another? Or is this just Dylan having fun with words?

Failure leads to feelings of low self-esteem, hopelessness, depression, the fourth man psychosis. We tell ourselves that if we had just tried a little harder, trained a little more, sharpened our focus, we would have succeeded. According to Lao-tzu – a wiser contemporary of Confucius: ‘The common people often fail at the point of succeeding.’

Lao-tsu warns us that our feelings of failure arise when we compare ourselves to others and are unable to find contentment in being as good as one can be. Once we buy into the winner-loser syndrome, stress, depression and discontent claw their way into the nest of our mind to lay their magpie eggs.

The Premier Division footballer and the fireman out with his mates on a Saturday are not miles apart, but inches, a hair’s breadth, a sheet of paper. With eight billion people on the planet, it should not come as surprise that the fourth man in the 10,000 metres is two seconds behind Mo Farah and that Mo’s fame is a two-edged sword; fleeting and precarious.

Success can be a matter of luck, chance, who you know, who your dad knows. We beat ourselves up wanting and trying to be the best, but being great at something, being as good as you can be, that is success.