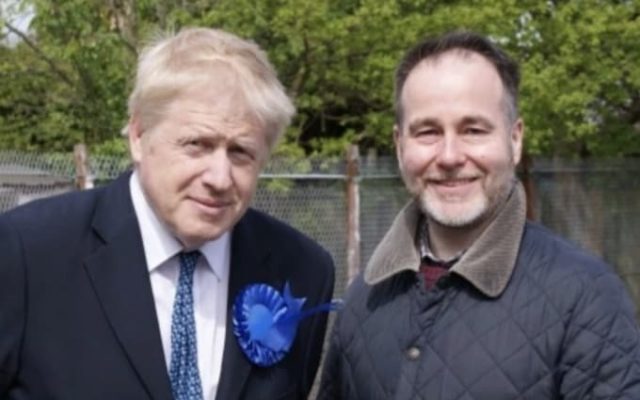 Chris Pincher, the Tory party deputy chief whip, quit his job after drunkenly groping two men at a Conservative Party private members club. He admitted ‘drinking too much’ and embarrassing himself and other people.

Mr Johnson initially stood by Pincher, but eventually ‘withdrew the whip,’ meaning Pincher lost his status as a Tory MP, though not his salary and job as Constituency MP.

Why Boris Johnson gave Chris Pincher the whip in the first place had come as a surprise to everyone and showed Johnson’s maverick status and support for Tory outriders like himself.

Back in 2017 as a junior whip, Chris Pincher had to resign from government over other sexual misconduct claims, though he was cleared of ‘breaching the code of conduct.’

Whips are responsible for the behaviour of the rest of the parliamentary party and are chosen for their integrity, honesty and stainless character.

After doing the right thing and resigning for misconduct in 2017, Pincher was back in the government again two years later, in 2019, appointed this time to the Foreign Office. No 10 had allegedly received a formal complaint about his conduct around this time, but the following probe found he “meant no harm”.

After three misconduct complaints, proven or otherwise, Boris Johnson in February 2022 reached out to Chris Pincher to offer him the prestigious role as deputy chief whip, although concerns were allegedly raised once again, according to Huff Post.

This subsequently raised questions about just how much the Prime Minister knew about Pincher’s previous misconduct when he appointed him to Cabinet.

Last week, when Pincher resigned from government, Downing Street said there would be no further action from the party, and that he could keep the whip. The following day, No 10 had a change of heart and did withdraw the whip with Mr Johnson claiming he was ‘not aware of any allegations’ against Mr Pincher.

Far be it for me to accuse Britain’s Prime Minister of being a liar, but of course he knew. Johnson knew Chris Pincher’s reputation – and that’s why he appointed him. Johnson did so because he was advised not to.

In much the same way, Johnson was warned by MI6 not to party with Russian playboy Evgeny Lebedev. Our Prime Minister not only continued the relationship, he put this son of a former KGB spy and intimate of Vladimir Putin in the House of Lords with the extravagant title the Baron of Hampton in the London Borough of Richmond upon Thames and of Siberia in the Russian Federation.

Meanwhile, Dominic Raab and Therese Coffey have been running around the TV stations lying their hats off saying their Boss was not aware of any ‘serious, specific allegations’ against Pincher, while his multimillionaire Cabinet colleagues Rishi Sunak and Sajid Javid have resigned from government.

Are these two very rich men ashamed of the continuous lies and sleaze surrounding their government? Or do they spot their chance to become Prime Minister?