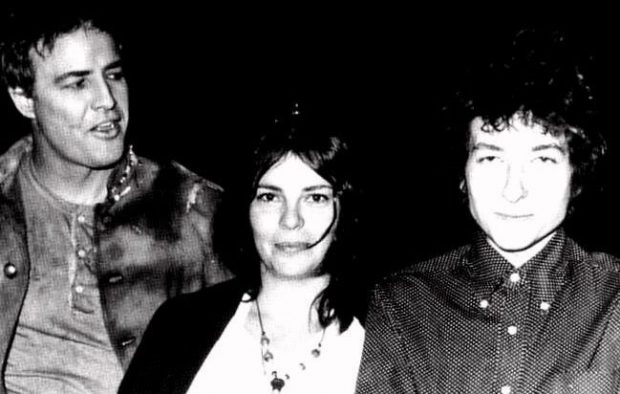 Afdera Fonda knew everyone. She was the daughter of Baron Raimondo Franchetti, the explorer and ambassador to Abyssinia considered the one man who could unite the North African tribes behind the Axis Powers in the Second World War. The bomb that killed him in a plane flying from Cairo to Addis Ababa had been planted by MI6 at the orders of Winston Churchill. 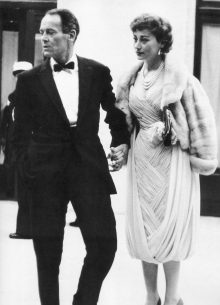 She met Hollywood legend Henry Fonda while he was making War and Peace in Rome and quickly became his fourth wife. At 26, Afdera – named after a volcano – was the stepmother and guiding hand of Jane Fonda when she was 19.

Afdera modelled herself on Holly Golightly from Truman Capote’s Breakfast at Tiffany’s, and spent many weekends with the writer at house parties in Southampton, Long Island. One time, Capote entered the bathroom when Afdera was in the bath, naked, of course. He didn’t ogle Afdera but her array of makeup and emollients.

‘Afdera, we use the same creams.’

‘No, great bodies,’ he continued.

One time in Los Angeles she was at lunch with Bob Dylan and Marlon Brando. Brando had drunk a bottle of wine and was starting on his second. He leaned across the table.

‘Hey, Bobby, you know all the answers. What’s the meaning of life?’

Dylan sat back and thought for a moment. ‘Love your mother and be good to your children.’

Brando angrily downed his glass and refilled it. ‘If that’s the answer, how come everything you write is so…what’s the word, so abstract, so dark?’

Afdera hated being ignored. ‘I love Lay Lady Lay,’ she said. ‘It’s so me. I never get out of bed before noon.’

Dylan studied Afdera, then switched his attention back to Brando. ‘It’s not dark. It’s not dark yet. But it’s getting there.’

What’s extraordinary about Dylan’s response was that the lunch party took place in the sixties when the world seemed young and optimistic. He dug the words back out of his brain 30 years later in 1997 when It’s Not Dark Yet began to feel prescient and pessimistic. The song first appeared on the album Time Out of Mind.

Dylan and Brando became friends and, at an interview back in the day when asked what he thought of Brando, Dylan replied: ‘He’s a plain ordinary Nebraska cat who asks a lot of questions.’

It’s Not Dark Yet final verse:

The extract is from Never Before Noon,

Afdera Fonda’s memoirs co-written by me

and available from second-hand bookshops.