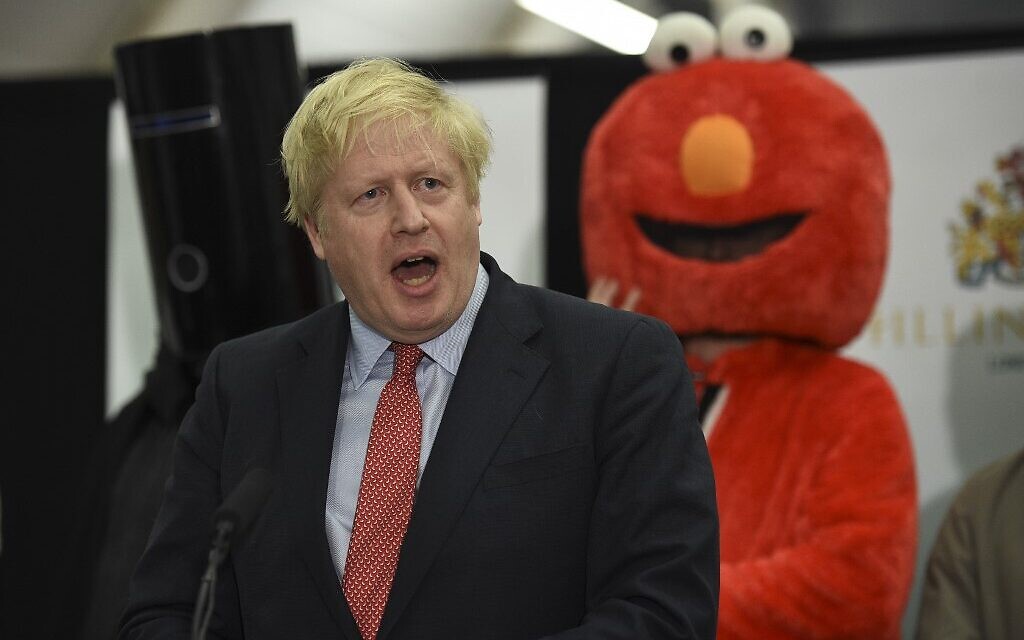 Britain’s Prime Minister and Conservative leader Boris Johnson gives a speech on stage after retaining his seat to be MP for Uxbridge and Ruislip South at the count centre in Uxbridge, west London, on December 13, 2019 after votes were counted as part of the UK general election. – Prime Minister Boris Johnson’s ruling party appeared on course for a sweeping victory in Thursday’s snap election, an exit poll showed, paving the way for Britain to leave the EU next month after years of political deadlock. (Photo by Oli SCARFF / AFP)