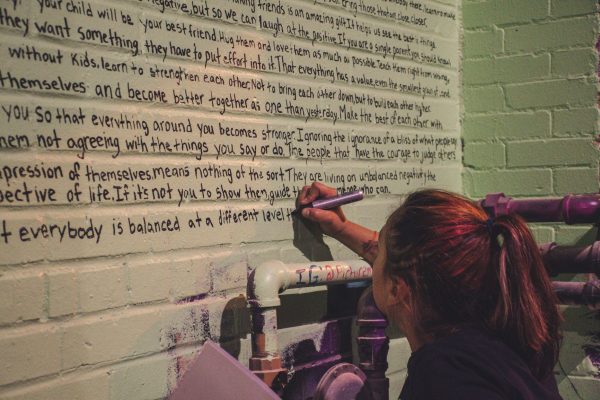 The extra mile is a lot longer than the rest.

The 3 elements of a great short story are character, plot and setting.

Shorts are a puzzle the reader probably won’t work out until the last paragraph. They weave fine lines more than broad strokes. Short stories make use of suggestion, atmosphere, the subtly implied gesture. Every word is a soldier ant carrying twice its own weight. Time shifts like sand slipping down the hour glass.

A short story must be sharpened, tightened, shiny as a new car, mysterious as a Fabergé egg. Tape the story and listen to yourself reading it back. If the sentences lack rhythm, if you stumble or get lost, pity the poor reader and start again. When you’ve finished, when you think you’ve finished, stop fiddling with it for a few days and see how it ripens. When you get it out again, that’s when the real work begins. The extra mile is a lot longer than the rest.

Create your character(s) in a sentence or two and touch on his/her problem. What does he/she want? And who’s stopping him/her from getting it. Like bad marriages, stories thrive on conflict.

She liked the way the boy’s face grew tense when someone was speaking to him. His attention as he leaned forward was an embrace drawing the speaker into his world. He claimed them and they, in turn, were captivated by him. He was alert, watchful, spontaneous, his features softened by the amber light around the lampshades.

Who is this man-boy who captivates? Why is she interested in him? And what does she want?

Before he had grown aware of her eyes upon him she was picturing them posing together for a photograph with Dominic peeping through the aperture of his camera. She shook her head, shaking away the image, and glanced at her mobile phone. She was perched on a stool in the bar where she often found herself in the early evening. It was the time when Dominic would be finishing work at the studio and she would drink a glass of champagne while she waited for his instructions.

Who is Dominic? What instruction is she waiting for? And why is she eyeing up the ‘boy’ when she has Dominic in her life? The way she is ‘perched’ on a bar stool sipping champagne provides an image of confidence and self-possession. This girl is trouble.

They would meet, or she would go home to change, or take a taxi to his apartment. He had given her a key and that key turned in circles on the ring with her own. Dominic would cook. Or they would go to the theatre. Or the movies. Or the opera. Or to dinner with friends. His friends. She could never remember what was in the diary and required Dominic’s call to remind her.

This is the third paragraph in the short story and the plot is beginning to unfold. What does ‘she’ want? It seems as if she wants to be free of Dominic’s power over her – the opera, evenings with ‘his’ friends. She glances back across the bar.

As their eyes met she realised she had been staring and a blush coloured her cheeks. She felt as if she had been caught violating some convention, but the boy appeared to sense her embarrassment and conveyed by his smile that it didn’t matter, that we are all prone to the same frailties.

The setting is a chic bar in London where people drink champagne. The backdrop provides space for elegant description and social comment. The ‘boy’ has been talking to a girl with red shoes. When she goes to the loo, he joins the girl at the bar. We will learn that he is 20; she is 26 ‘and feels older.’

The girl in red shoes strode back into the bar. She was conscious of her good legs and paraded them in a white skirt made of a coarse material that held the hem in a hoop above her knees. You would look at her legs and not notice that below the swags of pale yellow hair her features were imprecise, her cheeks plump with puppy fat, with mother’s care; her lips too thin, too red. The girl dropped down with the the others at the table and looked around as if for some lost item.

Will the couple go off together? Will Dominic arrive? Pistols at dawn?

When a writer spends days and weeks worrying over every line in a short story, it is easy to become precious with the result. Don’t be. Most stories can be improved by crossing out sub-clauses, explanations, redundant words, (she was very tall; tall will do) and clichés (fast as a bullet; soft as velvet). Editing is painful but invigorating when you see a new draft emerge like a developing photograph, the lines sharper, the sentences punchy, to the point.

The opening line of a short story has to grab the reader by the throat and the danger with openings is that writers often feels the urge to show a  flash of brilliance. The sun setting in gold and amber hues across the horizon is meaningless until we know that Simon has just been fired from his job and is on his way home on the 6.45 from Grand Central for the last time. Get us interested in Simon, then we will be interested in him gazing at the sun going down from the carriage window.

Last paragraphs are just as troublesome. There is often a temptation to clarify, just in case the reader didn’t get it. If clarity is needed, the story doesn’t work. If it does work and the reader did get it, then the last paragraph is like repeating the punch line of a joke hoping to squeeze out an extra laugh.

The short story can take any weird or obtuse form, but the main concern is to entertain. Be obscure, but clearly. In a novel there is time for a range of ideas and mood swings, a contract with the reader that a new world is being revealed. The short story is read in one go. It has to draw us straight in and hold our attention until the end.

Finally, if you want to know how to write great short stories, start by reading them.

The examples of character, plot and setting above come from my short story Cool, Sexy & Dead from the anthology of short stories of the same title.

5***** Review by Gino Cox – “Thurlow displays a keen sense of perception and adroitly elevates simple narrative to evocative poetry. His characters are not only three-dimensional, but fully textured with emotional nuances that approach hyperrealism. From the socially marginalized to aristocrats, his characters seem both believable and intriguing, as do their surroundings, which are crafted with a superb attention to detail.”
Posted in Blog.