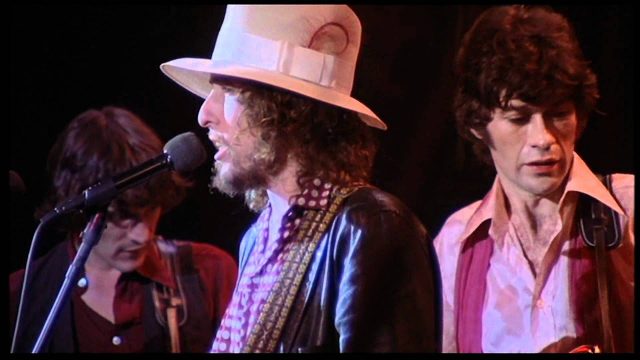 Dylan with Robbie Robertson and The Band performing Forever Young

When Bob Dylan inspires us to stay forever young, he is not pondering the ageing process. You can’t hold back the hands of the clock. A fresh ring appears every year on the tree. The map of our face is being redrawn constantly by life and its myriad experiences.

On the surface, Forever Young is a hopeful song celebrating the virtues of youth. But listen closer and you sense a fear of decline and death; a warning that life is short and what you do with it is the only thing that matters.

Written for Jessie, his first son, born in 1966, Dylan’s song reveals a father’s hopes that his child will remain strong and happy. In his magpie way, Dylan has flipped through the Book of Numbers, the fifth book of the Torah, where the Israelites receive God’s Covenant and must seek to take possession of the Promised Land. Numbers begins: ‘May the Lord bless you and guard you / May the Lord make His face shed light upon you.’ Dylan reforges the first lines before putting his own spin on Jessie’s lullaby:

He wants the best for his son but compels him to ‘do unto others as you you would have them do unto you.’ This sage advice has come to be known as the Golden Rule: Treat other people with the respect and kindness you would like them to show towards you.

Dylan makes it clear that he is not echoing the American obsession with youth and appearance. He reminds us that we are born innocent and innocence, in the sense of purity and goodness, are the qualities of the young often abandoned as we age. He tells Jessie: ‘Be courageous. Stand upright. Be strong.’ Courage is doing the right thing, even if it terrifies you, even if everyone stands against you. If you can remain upright and strong under those conditions, you will remain young in heart and spirit.

In the third and final verse, Dylan has some practical advice: don’t waste time. Time is precious, amorphous; far from Isaac Newton’s picture of a universally ticking clock, time is illusion, according to theoretical physicist Carlo Rovelli. In this non-spatial continuum, ‘everything passes, everything changes, just do what you think you should do’ and do it because it matters to you. Never forget where you come from. The past is the foundation of the present. Be flexible. The only permanence is change.

Finally, he reminds Jessie, as he reminds us all, to be joyful. As the newborn draws his first breath, Dylan’s reflects on life’s purpose and concludes that one must set out to be a good person, be honest, stand up for the weak and, as the saying goes: ‘Be yourself and try to be happy. But first, be yourself.’ 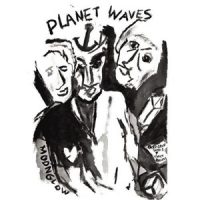 Forever Young appeared in two versions – a lullaby and pure rock – on Planet Waves in January 1974. It was Dylan’s 14th studio album and remained briefly at No 1 in the US Billboard album charts. The album brought Dylan back together with his long-term collaborators The Band and launched a major reunion tour documented on the celebrated live album Before the Flood. Dylan also did the artwork for the Planet Waves cover.
Dozens of artists have covered Forever Young including Bruce Springsteen, Will.i.am, Jerry Garcia Band, Meat Loaf, Paul Simon, Pete Seeger, Diana Ross,  Joan Baez, Peter, Paul and Mary, Rebbie Jackson, Harry Belafonte, The Pretenders, Johnny Cash, The Band and Mark Knopfler.
Forever Young – slow version from Planet Waves on YouTube
Forever Young – rock version with The Band on YouTube