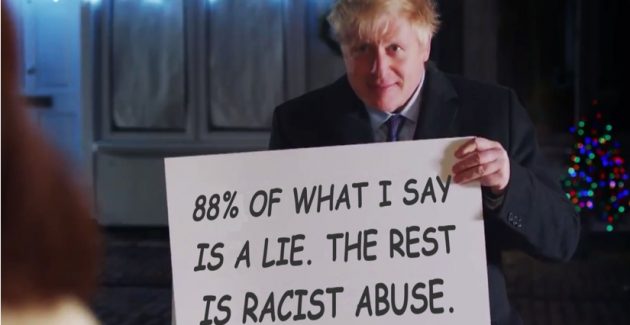 Never Trust a Tory is not an unreasonable attack, fake news, a cliché. It is an incontrovertible fact that takes us back to 1979 and Mrs Thatcher’s assault on society – which, she said, did not exist.

With her close adviser Nicholas Ridley, Mrs Thatcher agreed to a strategy to abolish the NHS that became known as the Ridley Plan.

Knowing that the welfare state was loved and precious to working people – who built it and own it – Mr Ridley advised selling off the health service in small manageable slices by ‘stealth.’ Undermining the NHS while praising nurses has been Tory policy ever since.

The King’s Fund estimates that, at present, 40% of the NHS budget goes to private companies, ‘although the exact figure is difficult to determine because central bodies do not hold detailed information.’

Why, for example, is there a shortage of beds? This is what the King’s Fund tells us:

Most GP practices are private partnerships. Dentistry, optical and pharmacy are privately managed. Supplies, equipment, cleaning, catering, IT and drugs used by the NHS are privately provided. Some 200 different companies supply ambulance services. Needs such as physiotherapy and dermatology – and many others – are paid for by the NHS in private clinics, but as waiting times grow and grow, many of us are choosing to dip into our own pockets. Privatisation by stealth.

When former Health Secretary Matt Hancock appointed Baroness Dido Harding head of the NHS Test & Trace programme, she gave £37 billion to pop-up private companies to create a Test & Trace system that never worked. As a parliamentary report showed in March 2021: ‘the unimaginable cost of Test & Trace failed to deliver the central promise of averting another lockdown.’

Of that £37 billion, £12 billion was handed over to Serco, a company headed by Rupert Soames, grandson of Winston Churchill. When the family decided to preserve the wartime prime minister’s papers in 1995, they didn’t donate the archive to the nation, they took £12.5 million from the Lottery Fund ‘good causes’ to pay for it.

Under Thatcher and successive Conservative Governments, private companies have been allowed to buy up state assets on the cheap – steel, railways, airways, airports, aerospace; gas, electricity, telecoms and water. Royal Mail went under the hammer in 2014 and is now owned by Percipient Capital, a ‘diversified investment company seeking to explore every asset class to achieve maximum return,’ according to the company literature.

With its Royal seal of approval, familiar red post boxes and neglected telephone booths, the Post Office is not a nostalgic reminder of our shared past. It is just another private company that drove small shop owners to suicide and jail after foisting on them a faulty IT system and has stealthily culled jobs to ‘maximise returns’ since privatisation.

Another familiar sight on our high streets is Boots the Chemist, its 2,500 shops sold to Walgreens Boots Alliance based in Switzerland and run by Sebastian James, son of Christopher James, 5th Baron Northbourne. Sebastian James was comrade-in-arms at Eton with David Cameron and Boris Johnson, a fellow member of the Bullingdon Club with its reputation for trashing restaurants and degrading women.

In February 2018, Boots was criticised for charging excessive prices for low-value products supplied to the NHS. In one case, it was found that the pharmacy was billing in excess of £1,500 for a moisturiser which normally retailed at less than £2. Walgreens Boots Alliance in response rejected accusations of overcharging the NHS – our NHS – and claimed that ‘the bespoke nature of the orders, often requested at short notice, resulted in the high cost.’

So, why can you never trust a Tory?

Every Tory politician in Parliament since 1979 has known of the Thatcher/Ridley plan to kill off the NHS and has gone along with the false claim that ‘The NHS is safe in our hands,’ to quote David Cameron. At every election, Tory spokesmen promise new hospitals, more nurses and doctors knowing this is a lie. They begin their careers in deceit so it is hardly surprising that you can’t believe a word they say from that day on.

The NHS remains free at the point of delivery. But for how long? As more and more bits of the NHS are sliced off – mainly to care companies in the United States  – more NHS taxpayer’s money is swallowed up in US corporate profits, leaving less cash for care and treatment.

We have seen the long-term result in extended waiting times, ambulances with dying patients queuing outside A&E departments without spare beds, a lack of GP appointments – blamed on doctors by the Daily Mail – a collapse in social care, chaos in nursing homes, a demoralised staff and a frightened population.

The NHS is in its death throes, but it doesn’t end there. 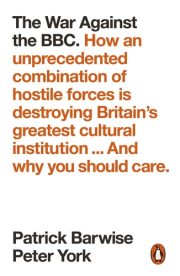 Encouraged tirelessly by news rivals the Mail, Express, Sun, Times and Telegraph, the Tories are coming for the BBC, described by Margaret Thatcher as ‘Vulgar. Leftist. Pinko Traitors,’ in, of course, the Daily Mail.

In 2015, Cameron’s chancellor George Osborne took £800 million from the corporation’s budget in its first major salvo in the War on the BBC. Why? Not because the BBC is biased to the Left, as Thatcher claimed, but simply because it is not biased towards the Right.

CLICK to read The War Against the BBC by Patrick Barwise and Peter York.