The secret of a great love story is that the lovers are drawn together like magnets, then torn apart by circumstances. Or, as the Greeks would say: Fate. Orpheus and Eurydice were meant for each other, but had to go through Hell to be together.

Orpheus is a musician and poet, the John Lennon of the ancient world. When he plays the lyre, birds stop singing in the trees to listen, wild beasts fall under a spell and Eurydice feels as if her heart is fluttering like an angel in her chest.

There are no words to describe the beauty of Orpheus’s music; to do so is to diminish it. The only comparison is the beauty of Eurydice.

Young Orpheus was an adventurer who had travelled to Egypt where in the desert sands he learned mystic ceremonies and orgiastic rites unknown – even by the Greeks! He discovered new chords and new ways to spin words into elegiac magic.

On his return to Greece, Orpheus meets Eurydice and it is love at first sight. They marry, make music and make love every day. They are so happy in their private idyll, their joy tempts Fate.

One day when Eurydice is out walking, the herdsman Aristaeus is so struck by her beauty, he is overcome with lust and pursues her into the forest. He plans to rape her, writes Virgil (Publius Vergilius Maro, 70BC), the Roman poet. But Eurydice treads on a viper, saving her virtue, and dies instantly from its poison.

Orpheus and Eurydice in the Underworld

Orpheus continues to play the lyre, his music so mournful, the nymphs and deities weep an ocean of tears. Orpheus had thought his travelling days over, but is urged to set off again, this time to the Underworld to try and liberate Eurydice by the power of his song. 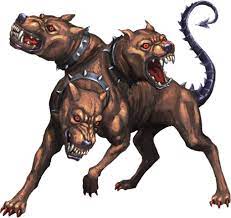 The Gates of Hell are guarded by Cerberus, the beast with three heads, a serpent’s tail, a mane of snakes and lion’s claws. Unfortunately the hellhound has no ear for music. On the point of abandoning his quest, Orpheus finds unexpected allies in Hades and Persephone.

Hades, the God of the Underworld, is the brother of Zeus, the Father of Gods and Men. When Hades had fallen in love with Persephone, the spring goddess, he implored Zeus to open the earth beneath her when she was walking in the woods so that when she fell into the Underworld, she landed in his arms.

Like Orpheus and Eurydice, Hades and Persephone have found eternal love. They are so moved listening as Orpheus sings his love songs, they give him the chance to take Eurydice back to the world of the living. There is one condition: that Orpheus must walk in front of Eurydice and not look back until they have left the portals of the Underworld.

The ‘don’t look back’ mythology is also contained in Genesis, when two angels urge Lot, that man without sin, to flee the disaster about to engulf Sodom. They are told to ‘Run for your life. Do not look back, lest you be swept away.’ They escape into the hills overlooking the city, but Lot’s wife can’t resist a peek over her shoulder at Sodom and is turned into a pillar of salt.

Orpheus is smarter than that, but makes one miscalculation. So desperate is he to cast his eyes on the beauty of Eurydice, that upon passing Cerberus, he glances back from the sunlight before Eurydice has crossed the threshold. She vanishes like a shadow back into the depths of the Underworld, dying a second time on the point of getting a second chance.

That would have been the end of the story of Orpheus and Eurydice. But love stories need a third act – boy meets girl, boy loses girls, boy gets girl again. 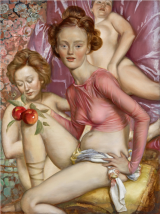 Orpheus and the Maenads are followers of Dionysus, the overworked God of wine, ritual madness, fertility, theatre and religious ecstasy. One drunken night, in a state of ‘ecstatic frenzy,’ the crazy girls set about Orpheus with gnashing teeth and steely knives.

Why, exactly, Virgil doesn’t explain. Orpheus dies in the mêlée but his demise has a providential outcome. His soul is gathered up by Hades and he is reunited in the Underworld with Eurydice, where they live a long happy death.

There are three morals in the story of Orpheus and Eurydice.