When Margaret Thatcher said there is no such thing as society, she was expressing the libertarian view that we are in the jungle and it is every man for himself. 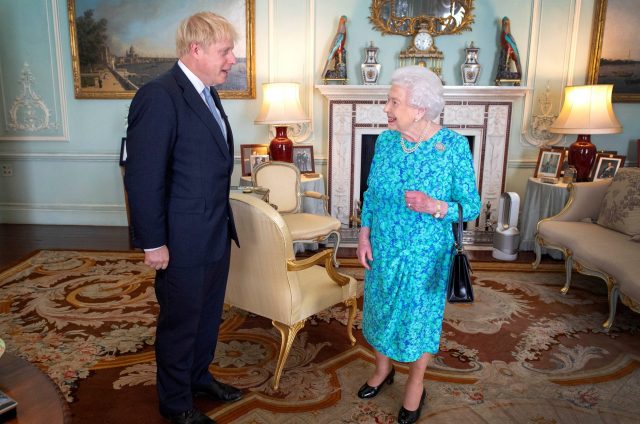 Boris Johnson and the Queen

What is a libertarian? And why is it always so dangerous?

Wikipedia: ‘Libertarians seek to maximise autonomy and political freedom, and minimise the state; emphasising free association, freedom of choice, individualism and voluntary association. Libertarians are sceptical of state power and authority in general.’ 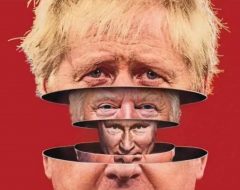 These people are on the extreme side of libertarianism, closer to sociopaths and narcissists. The man in the street libertarian is the one who wouldn’t wear a face mask during Covid because it inhibited his freedom. It would never occur to him that the mask was not to protect him, but to protect others.

Libertarians tend to belong to the far right. But the philosophy originates on the far left where anarchists and communists seek to abolish capitalism and private ownership to replace them with cooperatives and few rules. Anarchists in the Spanish Civil War did away with officers. Individuals attacked when they felt like it and fought with socialists about what kind of society they were going to build after they won the war. They lost the war and lived under forty years of Franco dictatorship.

The right co-opted the term libertarian to advocate free-market capitalism, deregulation and private ownership of land, infrastructure and natural resources. The result under Thatcher’s rule was the fire sale of state assets and utilities. Libertarianism dominates Republican thinking in the United States where demolishing social welfare has become the universal faith. Johnson and Farage are great admirers of Donald Trump, the grand wizard of libertarians.

Libertarians believe like animals in the jungle that you have to grab what you can for you and your family regardless of who gets trampled along the way. The libertarian generally lacks empathy, compassion, kindness, charity. Yes, he might be kind to the cleaning lady who asks for a day off to go for cancer treatment and digs into his wallet to buy raffle tickets for the Tory Party annual shindig. Libertarians will sympathise with their little girl when her pet pony dies. But this kindness, charity and compassion is about them, they are encompassed within each rare outpouring of human feelings.

Libertarians will step over the young man begging on the street believing he is lazy, a scrounger, a drug addict. They don’t know and don’t want to know that 50% of homeless men are former soldiers suffering PTSD. There are, according the Daily Mirror, ‘at least 13,000 homeless war heroes’ on the streets of the United Kingdom.

If your son breaks his leg playing football, an ambulance will rush him to the emergency department where he will have an x-ray and be sent home in a leg brace or plaster. Mr Rees-Mogg would say: Why should I pay for your child’s medical treatment? If my boy breaks his leg playing the Eton Wall Game, I will pay for the transport and treatment myself.

Where the philosophy falters is that there is such a thing as society, whether he wants to believe it our not. If there is a fire at Mr Rees-Mogg’s mansion, the fire brigade will put it out. If Mr Rees-Mogg’s son and siblings are swept away on a pleasure yacht, volunteer lifeboatmen will put to sea and save them. No charge. If Putin crushes Ukraine and his tanks cross the border, British soldiers who believe there is such a thing as society will join NATO troops to defend our shores. Our society.

Libertarians hate their taxes being used to pay for hospitals, schools, orphanages, social care, the jobless, homeless and hungry people. That’s why every Tory government sucks out cash from social programmes and changes laws to favour business and corporations. The end result is low wages, zero-hour contracts and Amazon drivers peeing in bottles in the backs of their vans because they don’t have a spare ten minutes to find a public loo that doesn’t exist anyway because local councils are starved of funds to provide public services.

Is the Queen a libertarian?

You can’t live in a palace with literally billions of pounds in personal wealth and take money from the public purse every year when – according to the Government’s latest Family Resources Survey – you have FIVE million hungry subjects living in poverty in your green and pleasant kingdom.