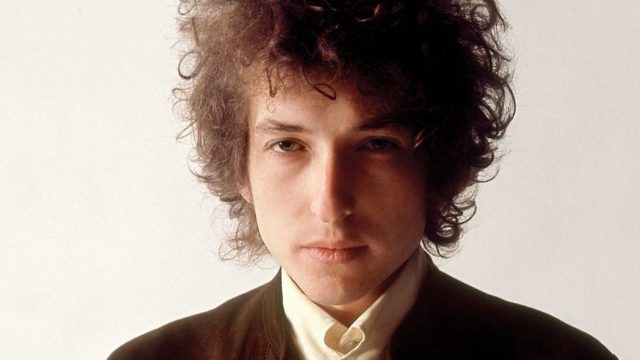 As the death planes drop bombs on the hospitals of Ukraine and the young people’s blood flows out of their bodies and is buried in the mud, Ed Sheeran’s new recording of Masters of War is a prayer for peace and a homage to Bob Dylan’s original written sixty years ago in 1962. 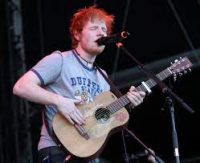 Like Dylan, Sheeran plays an old acoustic and summons up the same sense of despair Dylan must have felt as he watched American boys coming home wrapped in flags and body bags from Vietnam.

There will always be psychopaths like Putin who hide behind walls and hide behind masks. In Masters of War, we have more than a protest song, it is a battle hymn to remind to those who follow in Dylan’s footsteps that the protest will always have to be revived and continued.

Folk music is the history of the people in song passed down from one generation to the next. Each new generation may adapt the words, adjust the chords, but the story remains the same. This is the opening verse of Masters of War:

Bob Dylan as a teenager didn’t go to school that much. He was always dog tired staying up through the night in Hibbing, Minnesota, waiting for radio stations in the south to come on air with their set lists of blues, bluegrass, spirituals and country, early Elvis, Chuck Berry, Buddy Holly. Dylan had learned piano and fiddle as a child. He took to the guitar like a bird to the air. He absorbed the music through his pores and turned into an encyclopaedia of the American tradition.

At 18, a guitar on his back, Dylan made the pilgrimage to visit folk legend Woody Guthrie in hospital in New Jersey suffering from Huntington’s chorea. He sat on the end of the bed playing Woody’s songs back to him and wrote Song To Woody. It was one of Dylan first compositions and, in folk tradition, drew on lines from Guthrie’s lyrics.

Song To Woody begins: “Hey, hey, Woody Guthrie, I wrote you a song/’Bout a funny ol’ world that’s a-comin’ along.” This was adapted from two lines from Guthrie’s Joe Hillstrom: “Hey, Gurley Flynn, I wrote you a song/To the dove of peace, it’s coming along.” Dylan turned the line “We come with the dust and we go with the wind,” from Guthrie’s Pastures of Plenty to “That come with the dust and are gone with the wind.”
With masterpieces such as Blowin’ in the Wind, A Hard Rain’s a-Gonna Fall and Masters of War on the 1963 album The Freewheelin’ Bob Dylan, Bobby Zimmerman had a new name and was, to quote from Joan Baez’s 1975 Diamonds and Rust: Already a legend/The unwashed phenomenon/The original vagabond.
The master always dreams of finding an acolyte to carry the torch onwards. Woody Guthrie was a folk singer. Dylan took his first lessons from Woody, but grew quickly from his clothes and donned the cloak of the joker, Judas Priest, the Jack of Hearts, the Man in  there Long Black Coat.

The sixties had brought the Beatles, The Stones, Pink Floyd, the Eagles, a revolution in new sounds, dreams, fears and philosophy. Dylan when he connected his guitar to an amplifier was accused of being a traitor by the folk music clique. Woody’s old pal Pete Seeger, so the story goes, took an axe to chop through the cables feeding Dylan’s performance with musicians from the Paul Butterfield Blues Band at the Newport Folk Festival in 1965.
A year later, at the Manchester Free Trade Hall, a fan named Keith Butler on hearing the rocked-up version of Ballad of a Thin Man grabbed his moment of fame to shout ‘Judas,’ to which Dylan replied: ‘You don’t mean that. I don’t believe you.’
Pete and Keith were two steps behind the curve. Folk music is all about the words. Rock songs are folk songs that tell the story with a new beat for new times. Dylan at Newport and Manchester blasted out the same tracks updated for a new generation, new sounds for a new age accompanied by the driving drumbeats of the future.
Again they lie and deceive and again we must sing Masters of War in protest. There is no way of knowing what Dylan thinks of Ed Sheeran’s version, but I imagine he is pretty pleased. His work has always been about the words and those words are being heard by a new generation.
Ed Sheeran sings Masters of War – YouTube
Bob Dylan Masters of War