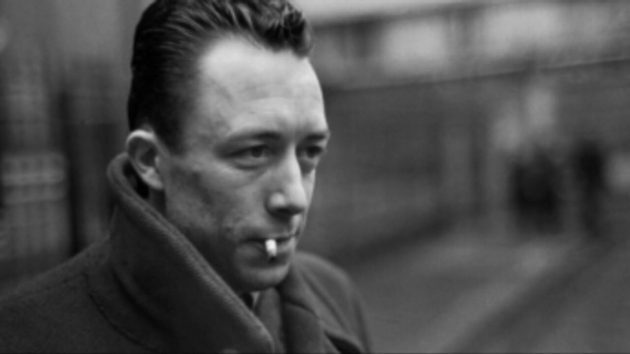 If nothing means anything, what’s the point – in anything? Love, hope, dreams, desire, satisfaction, having babies – existence? This was the conundrum Albert Camus wrestled with after the mass slaughter of the Second World War when Europe lay in ruins and the future carried a sell by date.

Post-war writers rejected the notion of a caring God and sought meaning in new isms; new ways at looking at the world. Camus set out aged twenty-two to explore nihilism – the nothing means anything philosophy founded in Russia before the revolution and championed by André Breton. Even Breton, something of a bore himself, grew tired of nihilism and changed hats to dedicate his life to surrealism.

As an aside, after founding the Surrealist Movement, Breton considered fellow member, the painter Salvador Dali, ‘too hungry for money’ and rearranged the letters of his name to concoct the anagram Avida Dollars. He finally cashiered Dali from the group, to which Dali responded: The only difference between me and the surrealists is that I am a surrealist.

As Camus ground his way through nihilism, he slipped into those dark places of the mind where shadows lengthen and reptiles lay their eggs. He finally clawed himself out of the mental quicksands into the misty fields of literary existentialism ploughed by Jean-Paul Sartre and Simone de Beauvoir. The Father of Existentialism and the author of the The Second Sex (Le Deuxième Sexe), an early feminist text published in1949, had a reputation for being angst-ridden from pondering the purpose of human existence and took to hard drinking and casual sex to challenge their own surreptitious belief that nothing means anything.

Camus quickly bored with existentialism. He left Jean-Paul and Simone like a couple of old overcoats abandoned in a bar and turned to absurdism: ‘The conflict between seeking the inherent value and the meaning of life and the human inability to find these things with any certainty.’ In the essay The Myth of Sisyphus, Camus outlines his belief that man’s search for the meaning of life is an absurdity in a world devoid of eternal truths or values. As a writer, he had found his path, his mission.

Albert Camus was born in Mondovi, French Algeria, of French/Spanish descent, in November 1913. He played in goal for the Racing Universitaire d’Alger junior football team from 1928 to 1930. He joined the French Resistance during the war and wrote articles for the underground newspaper Combat. He reported on the last days of fighting as the Allies liberated Paris from the Nazis and resigned from Combat in 1947.

He had already made a name for himself in the literary world with the publication in 1942 of L’Etranger, translated alternatively as The Stranger and The Outsider. In the novel, Camus through the prism of absurdity, explores the inadequacy of traditional values, alienation and the meaning of life. Meursault, his anti-hero, murders an Arab on the beach for no apparent reason and is unable in the aftermath to show emotion or satisfy the expectations of others by defending himself. When I read The Outsider aged 18, it was so compelling, so anarchic, I drove on the country road from Broadstairs to Canterbury with the book balanced against the steering wheel so I could keep turning the pages. My girlfriend in the passenger seat called me ‘absurd’ and I laughed so much I almost crashed into a tree and she decided she never wanted to see me again.

The Outsider made me question the ordinariness and absurdity of my own existence. I was about to follow the expectations of my parents by going to university, but reset the motions of the stars by joining a local newspaper as a cub reporter. Unlike Camus manning the Paris barricades from Nazis, there was no war nor bloodshed to report from the cauliflower fields and orchards of East Kent, but the detour into journalism was life changing and took me to galaxies I did not know existed.

Camus published The Plague in 1947, ideal reading in the days of Covid, and remains essential reading for anyone who writes or wants to write.

In Winter Nothing Means Anything

Ironically, the death of Camus was likewise touched by the absurd: after buying a train ticket from Paris to the South of France, he joined his publisher, Michel Gallimard, who was making the journey by road. It was an icy January with snow sliding over the windscreen. The car skidded and crashed into a tree near the village of Villebleven. Camus was pulled from the wreckage with a broken neck.

Albert Camus may have come to the conclusion that nothing means anything but left behind in his novels and essays the literary equivalent of Michelangelo’s David. His work is composed in terse sentences using simple language and few adjectives. He believed less is more. Show, don’t tell. Explanation is death. He received the Nobel Prize for Literature in 1957 aged 44 and died three years later.
Artists, writers, composers and poets have a finite amount of jism, of creative juice. Albert Camus used his to the full. He was born in the winter. He died in the winter and wrote: In the depth of winter I finally learned that there was in me an invincible summer.
Please share with your favourite social media sites
Posted in Blog.