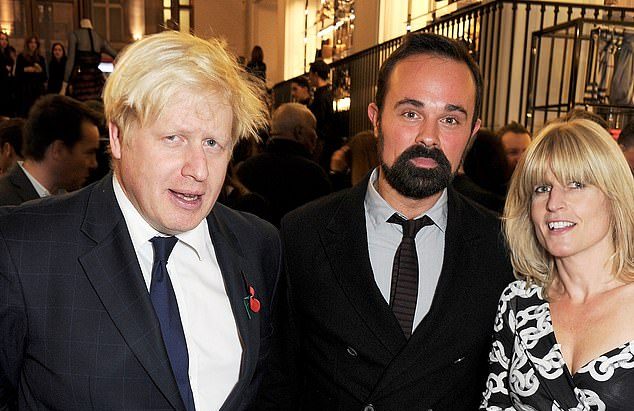 Johnson, the Lord and Rachel Johnson – the PM’s sister.

On the 19th of November 2020, the Lord of Siberia, Evgeny Alexandrovich Lebedev, the son of a former KGB officer, took his seat in the House of Lords as a crossbench peer.

Like all those unelected lords, ladies, earls and dukes, he will for the rest of his life be able to voice his opinion and vote on key issues that govern the United Kingdom – teacher’s wages, free school meals for our children, the laws that govern financial services in what anti-mafia journalist Roberto Saviano described as ‘the most corrupt nation in the world,’ Britain – with London ‘the money laundering capital of the world.’

Who in their right mind made this rich, spoiled Russian-born playboy at the age of forty a member of our House of Lords?

The answer is Boris Johnson. 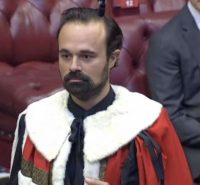 The Lord of Siberia

Baron Lebedev is the son of Colonel Alexander Lebedev, the former First Chief Directorate (Foreign Intelligence) of the Soviet Union’s KGB and, later, an officer in Russia’s successor agency the SVR, a colleague of Vladimir Putin.

Colonel Lebedev quit spying to take up business and politics in 1992. From a zero start, by 2008 he was one of the ‘Golden100’ Russian oligarchs worth an estimated $3.1 billion, according to Forbes magazine.

Johnson, when he was foreign secretary, attended Lebedev parties and made trips to extravagant balls and fiestas at the family castle outside Perugia in Italy. According to a Sunday Times investigation, Colonel Lebedev was one of nine Russian oligarchs with close ties to the Kremlin responsible for ‘a huge surge in cash from Russian donors’ to the Conservative Party ‘since Boris Johnson was elected leader.’

Why would wealthy Russians with Mayfair mansions, bodyguards and kids in British boarding schools give eye-watering sums of money to the Conservative Party?

It is business. An investment. They would at some point make an offer or request that can’t be refused. It’s how the mafia works, South American drug lords, kleptocrats with Kremlin connections. Evgeny Lebedev wanted to be a lord.

Colonel Lebedev fell in love with London while working at the KGB rezidentura in the Soviet Embassy. Little Evgeny arrived when he was eight. He attended Mill Hill School and studied the history of art at Christie’s, the auction house. He became a dual Russian/British citizen in 2010 – a decade before being fitted out with his ermine and crimson robes.

The Lord of Siberia or, to give the peer his full title, ‘The Baron of Hampton in the London Borough of Richmond upon Thames and of Siberia in the Russian Federation,’ threw himself into the glittering whirl of London society and politics in 2009 when daddy bought a controlling share of the Evening Standard. He made the paper a free giveaway and tripled circulation with a ceaseless stream of pictures of Kate, the Duchess of Cambridge with her pretty children and husband, the future king.

The media, newspapers and TV stations are power. Fresh news or false news, it is how you influence people and gain influence with the people who matter – royalty, sportsmen, celebrities, Johnson and his inner circle. A year after taking control of the Evening Standard, Lebedev acquired two more failing titles, The Independent and the Independent on Sunday.

It will come as no surprise that former Chancellor George Osborne, the man whose austerity programme after the 2008 bank crisis brought Depression levels of hunger and poverty back to Britain for some 3 million people, was editor of the Evening Standard from 2017 to 2020. Meanwhile, his ex-boss David Cameron made millions of pounds lobbying for Greensill Capital.

Lord of Siberia and Art

The Lord of Siberia is not an ex-KGB spymaster. He is just a boyish playboy who likes having posh English friends and collects modern art by Tracey Emin, Lucian Freud, Francis Bacon and Damien Hirst to hang on the walls of Stud House, his Grade II-listed mansion  in the grounds of Hampton Court Palace.

He has maintained a ‘close friendship with Boris Johnson’ for more than twenty years, according to Wikipedia, with the Evening Standard going ‘all out’ to support Johnson in his successful race to become Mayor of London. Their relationship caused concern in UK security circles that assessed both Johnson and Lebedev as security risks.

When Johnson proposed his playboy mate for a seat in the House of Lords in the 2020 Political Honours list, Evgeny Lebedev was described by the Guardian as the ‘surprise name’ among the thirty-six peerage nominations. It led to accusations of ‘cronyism’ against the prime minister and revealed Johnson’s eagerness ‘to show contempt for British intelligence agencies.’

Not to mention the British people.

Russian oligarchs come to London because it is easiest place in the world to open secret accounts and shell companies in tax havens. They create offshore companies that buy luxury homes – yachts, football clubs – registered to other nameless offshore companies. In this way, no tax is collected by the British government. The National Crime Agency estimates that between £36 billion and £90 billion is laundered through London each year at a cost of at least £24 billion to the UK taxpayer.

Where did the Russian oligarchs get all those billions? They were members to the privileged group of officials – many ex-KGB spooks – who seized control of state assets during the fall of communism and enriched themselves at the expense of the Russian people who owned those assets.

The Russian way was to take everything in one quick smash and grab. The English way is more subtle, which is why Roberto Saviano calls us ‘the most corrupt nation in the world.’

Mrs Thatcher and her stealthy advisers stole state assets – railways, water, gas, everything, in fact  – and put it on sale to a new ‘share-owning’ citizenry. That was the propaganda. The lie. The truth is, some 90% of those assets now belong to international corporations and rich individuals in the UK who supported Brexit, moved their companies offshore and avoid paying tax.