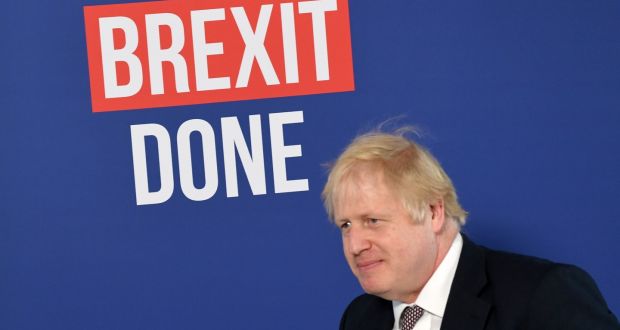 The big lie is a propaganda technique used to trick people into believing the very opposite of the truth is the truth.

Hitler – the big lie: that Jews caused Germany’s defeat in World War 1. Nazi disinformation claimed that a clandestine alliance between Jewish bankers and communists – which makes no sense – were the power behind the scenes in Britain, Russia and the United States.

Donald Trump – the big lie: the ex-President’s false claim that the election against Joe Biden was stolen through massive voter fraud. The constant repetition of the lie resulted in a mob incited by Trump attacking the Capitol Building on 6 January 2021. Many millions of Americans continue to believe the big lie in spite of fifty court cases proving the opposite.

Boris Johnson – the big lie: not the deceitful slogan ‘Take Back Control,’ nor the non-existent £350 million a week to spend on the NHS. Johnson’s big lie was that the shortages, price hikes and turmoil wrecking British trade with Europe was a price worth paying to Get Brexit Done. 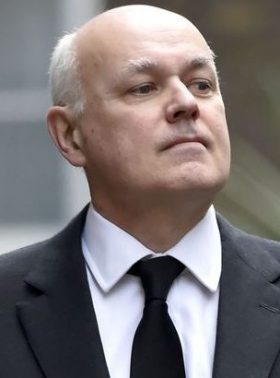 Iain Duncan-Smith – the big lie: that Universal Credit was designed for people to get social security payments more easily. It was designed, in fact, to be so complex it would drive ‘shirkers’ to find a job. More than 5,000 people a year commit suicide in England and Wales, according to government figures. Most are linked to poverty, mental illness and the inability to get Universal Credit. Duncan-Smith after five years in the job caused more people to take their own lives than there were deaths in the same period through terrorism. He received a knighthood for his services.

The Conservative Party – the big lie: that the NHS is safe in their hands. They privatised rail, gas, electricity, water, telecoms, prisons, probation services, road maintenance, rubbish collection, the Post Office and more. Some 40% of the NHS budget goes to private companies (Richard Branson receives £1 billion a year). They are coming for the rest.

When politicians sometimes lie and sometimes tell the truth, we have no way of knowing if what they are saying at any given time is the lie or the truth. Lies transform into alternative facts, a viewpoint, an ‘implicit’ belief. People expect politicians to lie. They say ‘They’re all liars,’ when in fact only the liars are liars and they have been so successful in obscuration, camouflage and cover-ups, the honest politician who tells the truth is immediately vilified and suspect – especially in right wings newspapers.

The culture of lies, euphemisms, disinformation, rule bending and outright dishonesty common to the present Conservative Cabinet undermines the democratic values our fathers and grandfathers went to war to save us from the Nazis, Mussolini’s Fascists, Franco’s Nationalists, Oswald Mosley’s Blackshirts (promoted by the Daily Mail) – and all the charismatic tyrants who wrap themselves in the flag and lie about how much they love their country and their people. They do not. They love themselves. They are charlatans, sociopaths, good talkers, brilliant liars. 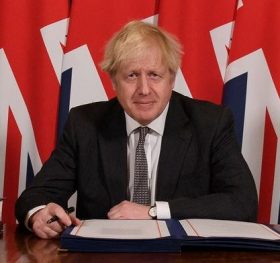 Johnson doubletalk about Downing Street parties is a side show, a diversion. Tory MPs with nice ties and neat collars appear on TV every day saying how the Prime Minister has achieved the fastest vaccine roll-out in Europe, a statistic that conceals the far greater truth that Britain became the first European country to reach more than 150,000 deaths (with 174,000 deaths registered with coronavirus on the death certificate). In proportion to the population, Britain has one of the highest Covid death rates in the world. Johnson likes to be photographed with four flags around him not because he is a patriot but because he wants to be seen and perceived as  a patriot.

The government wants you to believe we have done better than other nations when we have done worse. The government wants you to believe that the £37 billion (BILLION) spent on the failed Test and Trace system was worthwhile and fairly tendered. It was not. The money was given to Tory peers, backers and donors; Matt Hancock, the former health secretary, even had the audacity to take a chunk for himself. Test and Trace never worked.

Take Back Control, the slogan conjured up by Dominic Cummings, is an ironic play on words in that the people were through repeated lies and propaganda convinced that they were taking back control when an extremest Tory faction led by Johnson would result in them losing what little control they had. British working people lost the European Court of Human Rights and the employee protection that provided, the freedom to travel, study, move to and start a business anywhere in the European Union. They lost EU grants in poor communities, reliable builders from Poland, seasonal workers to pick crops and the pretty Italian girl who worked in Starbucks.

People were conned by Farage, Johnson, the Mail, Sun, Telegraph, Express and Times into thinking that by voting for Brexit it would put a stop to migrants arriving in the UK from Asia, Africa and the Middle East.

The carefully veiled truth is that Brexit had no connection to those migrants. It was about Europe. Only Europe. The ban was on Europeans travelling freely in and out of the United Kingdom. Migrants from Asia, Africa and the Middle East faced the same barriers after Brexit as they had before Brexit, acquiring visas or taking to the sea in small boats.

Many people voted Brexit for one reason only: to curb migration. They were tricked, bamboozled, lied to. To add to the farce, more migrants have arrived in the United Kingdom from Asia, Africa and the Middle East since they voted for Brexit than in the years before.

Johnson and his Cabinet of thieves and glib liars let slip from their deceitful tongues the slogans ‘best in the world’ and ‘the fastest growth in Europe’ and ‘Global Britain,’ when in truth we have the highest levels of poverty of any nation in the developed world. The Conservative party in the last eleven years has created a land of frightened people with the highest levels of mental illness. And for all the retired Daily Mail readers who vote Tory: ‘The UK devotes a smaller percentage of its GDP to state pensions and pensioner benefits than most other advanced economies,’ according to the House of Commons own figures.

Negotiating the single market in 1987 was Margaret Thatcher’s proudest free-trade achievement. It was in Britain’s interest and proved a success. ‘Johnson reversed that achievement in an act of naked political ambition,’ Simon Jenkins wrote in the Guardian. ‘He pretended it was necessary for Brexit. It was his biggest lie.’