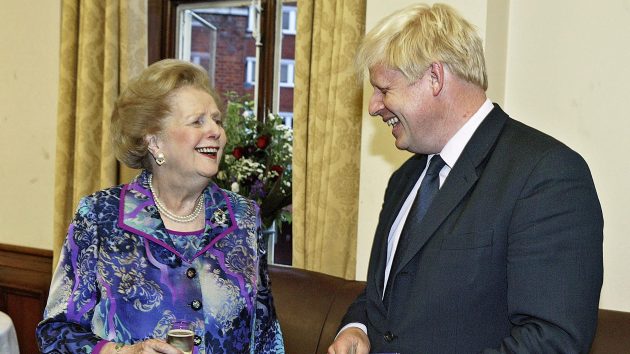 Yes, Mummy, I will hurt the poor, I promise.

The mechanic doing the MOT on my car said in passing that he was proud of being a Tory on the ‘far-right.’

I asked him why.

‘It’s only the far-right that’s got their heads screwed on the right way,’ he replied. ‘I don’t have kids. I don’t like kids. Why should I pay for them to go to school? If your kid breaks his leg, why should I pay my tax to have the hospital put him in plaster. We’re in the jungle, mate. It’s every man for himself.’

This is the far-right libertarian view shared by Boris Johnson, Theresa May, David Cameron and their beloved mother, Mrs Thatcher. It is shared by the Tory Cabinet, Tory donors, most policemen, sociopaths and psychopaths.

What does libertarian mean? Libertarians believe in personal autonomy, individualism and self-reliance. They advocate no or minimal state intervention in the free market and the private lives of citizens. They don’t wear what Mr Johnson calls ‘face-coverings.’ 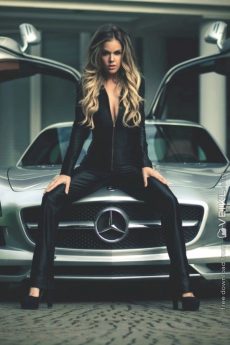 The philosophy is as sound as a new Mercedes to the car mechanic, hedge fund managers, the heirs to titles, great estates and great fortunes, the far-right Tory MP lying, crying and clawing his way up the greasy pole.

It’s easy to be a libertarian with money in your pockets – except when your house is on fire and you call the fire brigade. When, at twice the alcohol limit, you drive into a wall and need an ambulance crew to scrape you out of the gutter. When you arrive at the A&E and the nursing staff selflessly stitch you back together again.

When the nation goes to war, Mr Libertarian is at the front of the crowd waving his Union Jack. He wants to hear the sound of boots on cobblestones and see fresh-faced young soldiers marching off to kill Jonny Foreigner. He wants a strong police force and border guards armed with machine-guns.

Soldiers, though, do have to learn how to read and write. So do nurses, firemen, social workers, bus drivers, the people stacking for minimum wage the right tomato ketchup on the right shelf.  To achieve this, you need schools. You need teachers to teach them.

This is society. This is what civilization is. You build a lighthouse on the coast to protect all ships, not your own personal ship. Traffic lights and face-coverings are for the benefit of us all.

‘We are all in this together,’ Theresa May famously said. But she didn’t mean it. It was a lie. Calculated. A move on the three-dimensional chessboard in that dirty game called politics.

Boris Johnson and his far-right army of tailored suits have seized control, not in a coup d’état, more like strangler’s fingers pressing down on the collective oesophagus, a slow painful death that started forty years ago when Margaret Thatcher declared ‘There is no such thing as society.’

That statement wasn’t a throwaway line. It was a pledge. A call to arms. A realpolitik declaration that freed those on the far-right to take up their scissors and snip away at the precious fabric that wraps the nation in one swaddling cloth.

Thatcher began by ordering baton-swinging horse police to crack the skulls of striking miners. The battle exploded on to our television screens in March 1984 – a memorable year if only for George Orwell’s prescience. It ended 12 months later with the once powerful National Union of Mineworkers crushed and working-class communities divided by that perfidious colonial device divide and rule.

The victory earned Thatcher the epithet the Iron Lady. With fresh zeal she set about her second goal: the dismantling of the NHS – despised by Tories from the day it was created by Nye Bevan and Clement Attlee on 5 July 1948 and opposed at every twist and turn of the debate by Winston Churchill.

Tory mandarins knew the people loved their National Health Service and Thatcher, always forceful and brazen, was encouraged to set about the task of destroying it by ‘stealth,’ the word used by her adviser Nicholas Ridley.

What is less well-known is that Thatcher’s plan went much deeper. After declaring ‘the Health Service is safe with us,’ she secretly tried to press ahead with a pernicious plan to dismember the entire Welfare State, according to Treasury documents studied by the Guardian.

‘The plan commissioned by Margaret Thatcher and her chancellor Sir Geoffrey Howe, included proposals to charge for state schooling, introduce compulsory private health insurance and a system of private medical facilities that would, of course, mean the end of the National Health Service,’ wrote the Guardian’s Alan Travis.

Mrs Thatcher did not conceive the plan. It was modelled on research by the far-right US think tank the Adam Smith Institute as part of its Omega Project, a strategy for the incoming Ronald Reagan administration to replace state services for ‘more efficient alternatives from the private sector.’ 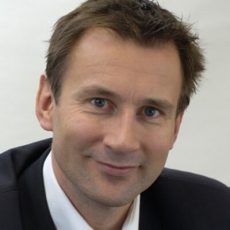 Hunt younger than ever.

In spite of all the clapping and promises, the stealthy wrecking of the NHS has gone on ever since under every Conservative Prime Minister and Health Minister.

Before incompetent Matt Hancock was kissed out of Government, Jeremy Hunt went for the NHS with the same wrecking ball and is now playing to the gallery as the fresh-faced honesty broker and soldier of the people. Well of course he is. He sees himself replacing Johnson as the next PM.

During Hunt’s service at the Secretary of State for Health (2012 – 2018), public money funnelled to private companies, mostly in the United States, rose to almost £100 billion, 40% of the health budget. A cheque for £1 billion is handed to Richard Branson every year. He has a Rubik’s cube of 400 interlocking companies, pays no tax and lives on Necker, his private island in the British Virgin Islands.

Hunt, Johnson, Thatcher, May, Cameron and the rest of them are not underfunding schools, creating poverty and depriving the NHS of essential funds because they hate British people. No. They hate public ownership and welfare. They cut funding because that’s far-right thinking. They are idealogues. They want you to ‘get on your bike’ (Norman Tebbit) and become a millionaire. They believe ONLY in the free market. The jungle.

And this is where the libertarian philosophy falls apart. Hunt, Johnson, Thatcher, May and Cameron went to good schools and the best universities. They came from happy, loving families. They were placed on a launch pad and took off like Typhoons. They don’t know what it’s like go without, to go hungry, become homeless. To enter life in poverty and fail utterly. They are born into the elite or, by chance or brilliance, they join the elite. They are at the top of the pyramid, the three or four percent, and look up at the stars, never down into the gloom and shadows.

I told the mechanic after I paid for my MOT, two new tyres and brake pads that Johnson and his cronies were just liars and crooks.

‘Well, of course they are, mate. They’re just in it for themselves. The same as the rest of us.’

Please share with friends on the Red Wall and your favourite social media sites.