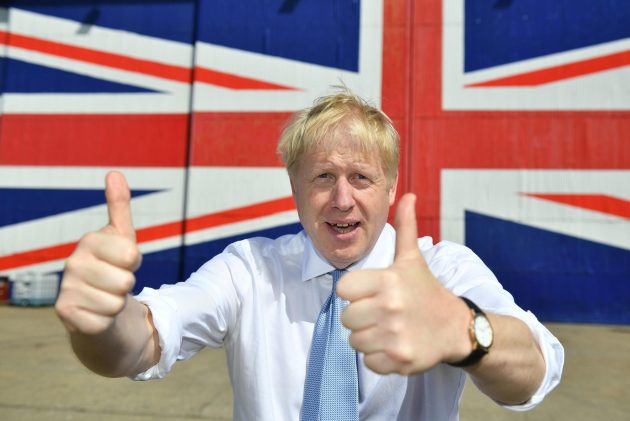 Keep Calm and trust me.

Britain is the best country in the world.

This constant claim by Boris Johnson and his Cabinet does more to undermine the fabric of our society than bind it together.

We hear on the news every day that the roll out of the Covid-19 vaccination programme was quicker than anywhere else in Europe.

It is said over and over again because, a rarity, it is true.

What they do not say in the best country in the world is that the number of deaths from Covid-19 is the highest in Europe. These are the comparable numbers to nations the same size:

Best Country in the World PM

With its popularist/libertarian Prime Minister, Britain was faster to reopen and relax restrictions than other European countries during the surge of the Covid mutation known as delta plus, according to Bloomberg (18/10.21).

The best country in the world with the fastest roll out programme was actually slow in providing vaccines to adolescents because of concerns that some side effects would undermine the net benefit given that children are less likely to become seriously ill. ‘The delay meant most older children weren’t offered a vaccine until the school year had started, and they’re now seeing the highest levels of infection in the population.’

British exceptionalism plays well to the Red Wall voters, to most people, but what might have been exceptional two generations ago isn’t exceptional anymore.

In the fifth-largest economy in the world, its beggars belief that in 2020 Unicef launched an emergency food programme in the the best country in the world to help feed hungry children hit by the Covid crisis. According to the Guardian (16/12/2020) ‘Some 2.4 million children (17%) were living in food insecure households. By October, an extra 900,000 children had been registered for free school meals.’

Are these 2.4 million children living in the best country in the world?

Statistics on poverty vary according to who is writing them. I went to the House of Commons Library where government figures on poverty are listed as follows:

Higher than five years ago. So much for levelling up.

From what we are constantly being told by Mr Johnson and his Cabinet about being the best at everything, we must assume that our fast vaccine roll out was due to British technicians?

But, no. It was a Turkish-German husband-and-wife team – Ugur Sahin and Özlem Türeci, with Austrian cancer expert Professor Christoph Huber – who developed the first reliable vaccine at the German firm BioNTech in partnership with its United States partner Pfizer; BBC (10/11/2020).

The Great British Sell Off

Since the selloff of British Rail to about a dozen companies, we do not have the best railways in Europe. We are among the worst. More than 70% of England’s water industry is owned through nine privatised water companies from overseas including banks, hedge funds, foreign governments and businesses based in tax havens, according to the GMB Union.

The water companies have taken billions of pounds out of the UK and find it more profitable to pay the fines than stop leakages into our rivers and seas.

‘We love our NHS and it will never be for sale.’ These are the words of Boris Johnson at the Leaders Debate with Jeremy Corbyn. The truth is, Conservative leaders in the best country in the world have been selling off the NHS by “stealth” for forty years.

Some 40% of the NHS budget already goes to private companies.

We can hardly claim to have the best food in the world. Britain scored a shameful nil point in the 2021 Eurovision song contest. We can’t forget that glorious Battle of Britain moment when England won the World Cup 55 years ago in 1966. The weather is never up to much – why else would millions of people flee each summer to the Costa del Sol, Provence, the Greek islands, the Italian Adriatic?

And we can’t claim to have the best government in the world. In fact, during the last eleven years of Tory rule, we appear to have one of the worst governments in Europe with the current PM the worst leader in history. This is what former Tory Minister Rory Stewart had to say about Boris Johnson:

‘Johnson is … the most accomplished liar in public life – perhaps the best liar ever to serve as prime minister,’ he wrote in a review of The Gambler, Tom Bower’s biography of Boris Johnson. ‘He has mastered the use of error, omission, exaggeration, diminution, equivocation and flat denial. He has perfected casuistry, circumlocution, false equivalence and false analogy.’

Stewart continues: ‘He is equally adept at the ironic jest, the fib and the grand lie; the weasel word and the half-truth; the hyperbolic lie, the obvious lie, and the bullshit lie – which may inadvertently be true.’

Boris Johnson claims to have been influenced by the ancient Greek philosopher Aristotle and the Greek statesman Pericles. Stewart believes these comparisons are way off. The former MP for Penrith and the Border said: ‘Johnson shows a lack of so many of the virtues listed by Aristotle – temperance, generosity (he is notoriously reluctant to reach for his wallet), realistic ambition, truthfulness or modesty – it is startling.’

Of course Johnson attended loads of parties during lockdown. It’s just another big lie that Tory loyalist Cressida Dick of the Metropolitan Police has been called in to cover up. She was given the title Dame in Theresa May’s resignation honours and has been a Johnson supporter ever since.