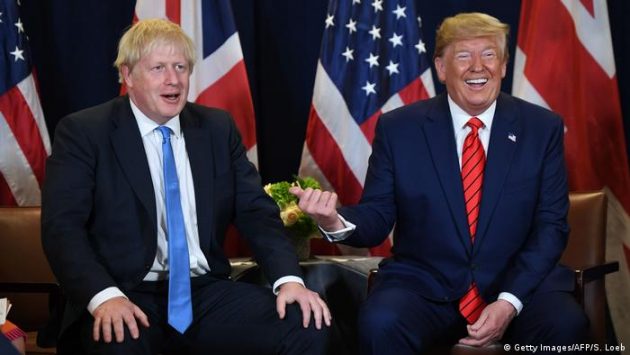 Johnson and Trump have strong Ties

This is what we know about fascists:

Is Boris Johnson a fascist?

The Italian writer Umberto Eco (The Name of the Rose) grew up under Mussolini’s fascist regime. He wrote: ‘The fascist game can be played in many forms, and the name of the game does not change.’ Eternal Fascism, as he describes it, ‘cannot be organised into a system; many features contradict each other and are also typical of other kinds of despotism or fanaticism. But it is enough that one of them be present to allow fascism to coagulate around it.’

The last time fascism got a strong foothold in the United Kingdom was in 1932 when Oswald Mosley created the British Union of Fascists. Mosley was a charismatic aristocrat who went to the best schools and created about himself a personality cult. He believed in corporate power,  nationalism and authoritarian government: the definition of fascism.

Is Boris Johnson a fascist?

You tell me. There is a comment box below for your answer.