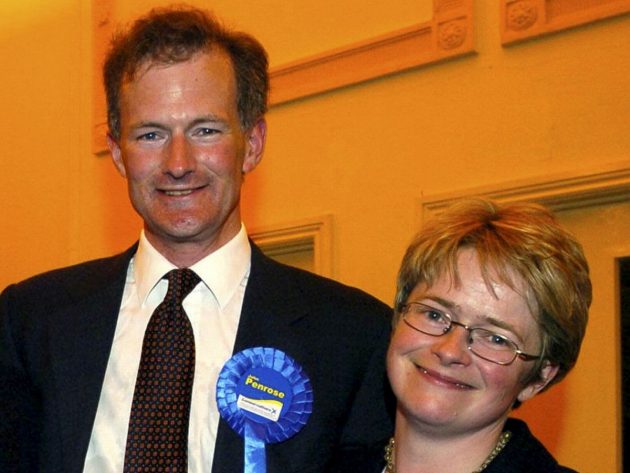 John Penrose became the Conservative MP for Weston-super-Mare in 2005. Since 2017, he has served in the Cabinet Office as the government’s Anti-Corruption Minister. His job is to make sure there are no thieves with snouts in the trough.

In undeveloped nations and Banana Republics, petty dictators and charismatic popularists funnel juicy government contracts to friends and family. They syphon off money into secret bank accounts in the Bahamas. They really are thieves with snouts in the trough. 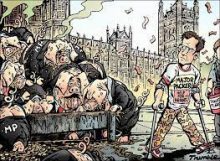 In Britain, we have John Penrose to look after taxpayer’s money. Privately educated, he attended Cambridge and received an MBA from Columbia University. He was a Bank Trading Floor risk manager for JP Morgan and a management consultant at McKinsey & Co from 1992 to 1994.

John knows all about money. He understands risk. He’s the right man with the right values to ensure our money – your money – is spent wisely, openly, fairly, with oversight.

Harding to the Rescue 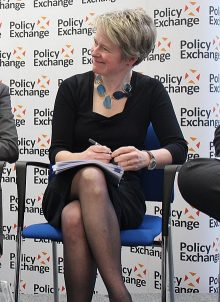 At the height of the pandemic, former Health Secretary Matt Hancock appointed Baroness Dido Harding as the head of the NHS Test & Trace programme. Dido Harding, is a former chief executive of the TalkTalk Group where she faced calls for her resignation after a cyber-attack revealed the details of up to four million customers. The company was subsequently fined £400,000 for negligence.

The Baroness, doing her best, spent £37 billion on a Test & Trace system that did not work. As a parliamentary report showed in March 2021 ‘the unimaginable cost of Test & Trace failed to deliver the central promise of averting another lockdown.’

With £37 billion, you could have built a thousand new hospitals, trained a million nurses and still had change left over to increase the minimum wage for a decade. During this building and training boom, John Penrose would have been there to make sure there were no thieves with snouts in the trough.

Among Harding’s awards was a £12 billion (BILLION) handout to Serco to run their version of Test & Trace. Serco is a major contractor for the provision of government services, mostly in the sectors of health, transport, justice, immigration and defence.

The CEO of Serco is Rupert Soames, brother of former Conservative MP Nicholas Soames, the grandsons of Winston Churchill. Back in April 1995, the Churchill family received the very first £12.5m from the Heritage Lottery good causes fund to buy the war leader’s collection of pre-1945 letters and speeches for the nation.

Rupert Soames is married to Conservative donor Camilla Dunne, whose daughter, Daisy Soames is a god-daughter of Diana, Princess of Wales.

The former head of Serco PR is the Health Minister, Edward Argar MP.

There was no bidding process for this handout of £12 billion to Serco to create an effective Test & Trace and Serco has not been asked to give any of the money back. Not that Baroness Dido Harding is being investigated by the government’s Anti-Corruption Minister John Penrose.

She’s married to him.

As Commons leader Jacob Rees-Mogg pointed out, Conservative MPs do not need to wear masks during debates because they know each other. The party’s “convivial, fraternal spirit” meant they were acting in line with government Covid guidance.