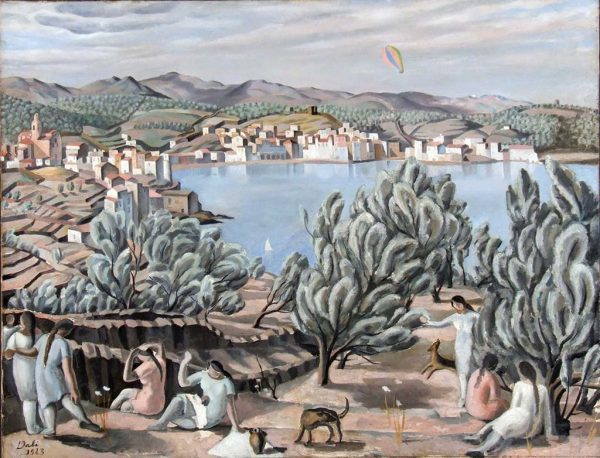 The earliest form of modern capitalism began in 1420 when Portuguese settlers arrived on the island of Madeira in their tall galleons and began cutting down the trees.

Spread out before them was a sub-tropical forest with rare species of animals. But what they saw wasn’t an island paradise. They saw an opportunity. They saw a commodity.

Madeira (the Portuguese word for wood) is the largest of four islands in an archipelago off the northwest coast of Africa. The first settlers staked their claim in the name of the Portuguese Crown. This provided a form of legitimacy that enabled them to raise funds from banks in Genoa and Flanders. They transported slaves from Africa and cleared the trees to plant sugar. 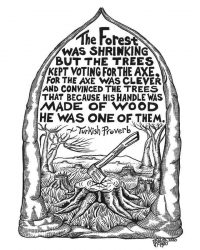 With free land and virtually free labour, the first phase of the enterprise was a capitalist dream come true. The banks were repaid with handsome profits and, by 1470, Madeira was the world’s biggest sugar producer.

It requires 60kg of wood to refine 1kg of sugar. After cutting down the trees close to the coast, the slaves trusted with axes had to move inland and up mountains to access fuel. More slaves were needed to produce the same amount of sugar, cutting the profits.

In another twenty years, most of the madeira in Madeira had been felled. The Portuguese businessmen abandoned their slaves on the denuded island and shifted their capital to new colonies in Brazil and the Caribbean.

Writer George Monbiot argues that the Portuguese on Madeira had created a system that differed from anything that had gone before and given birth to our present system of capitalism. ‘They had developed an economy in which land, labour and money lost their previous meaning and became tradable commodities,’ he wrote in the Guardian, 6/10/2021.

Cutting Down the Trees to Plant Statues

Cutting down the trees and financial – as well as ecological – ruin go together. When Europeans first landed on what would become known as Easter Island in 1722, there wasn’t a single tree to be seen. Although, it became apparent that the island had once been a luxuriant quilt of forest and foliage. 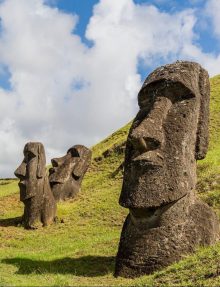 The islanders had begun cutting down the trees to use the trunks to roll the giant statues called Moai across the island from the stone quarries to the sea. They hauled the effigies upright and placed them in melancholic rows on the coast as if waiting for ships to come. Or, perhaps, the return of alien spacecraft, as Erich von Daniken speculated in his book ‘Chariots of the Gods.’

The islanders used the wood to build canoes, cook food and cremate their dead. They slashed through the forest as if the resource was infinite and kept cutting down the trees until none were left. Why one of the elders didn’t mention this and hang on to the last few trees, plant again, start again, is impossible to speculate. It’s what humans do.

When the last of the canoes were lost at sea, they were unable to fish. Most of the population starved to death. The appearance of explorers and botanists on this remote speck of Polynesian rock that Easter Sunday in 1722 was one of the few occasions in history when it was beneficial to the indigenous people. The Gods in the shape of the Moai had answered their prayers and the surviving islanders converted to Christianity.

Cutting down the trees on Easter Island was, during the same period, mirrored in the Catalan village of Cadaqués.

When the abbot of the monastery of Sant Pere de Rodes decided to build a stronghold in the uninhabited bay known as Cap de Quers in 945, the hills were carpeted in cork oaks, cypresses, red and white pine, horse chestnut and maple.

The masons who had built the monastery came to build the fortress – essential in the everlasting battle against the pirates who plied their trade along the coast. When they had completed their work, they named their village Cadaqués. The masons became fishermen and developed a unique style of fishing.

They discovered that many species of fish were attracted by the light. They anchored their small boats called boliches in the numerous inlets at nightfall and lit a brazier raised on a pole above the boat’s stern.

The refulgent glow drew the fish into the cove where they remained, mesmerised by the dancing light of the flames. As the moon waned, the crewmen stretched a net across the bay. Lead weights made from old cannon shot held the net on the seabed and cork floats fashioned locally from the oak trees kept the top level on the surface.

Rather than haul the fish on board the boliches the traditional way, the men at daybreak dragged their nets on to the pebble beaches where they erupted in explosions of shiny silver fish.

The people of Cadaqués needed fuel for the braziers and fuel for their home fires. Line after line of trees were logged until the hillsides were bare. The woodcutters had to go deeper into the forests, clearing the landscape of its cloak of green and driving the bears, boar, wolves and deer deeper inland.