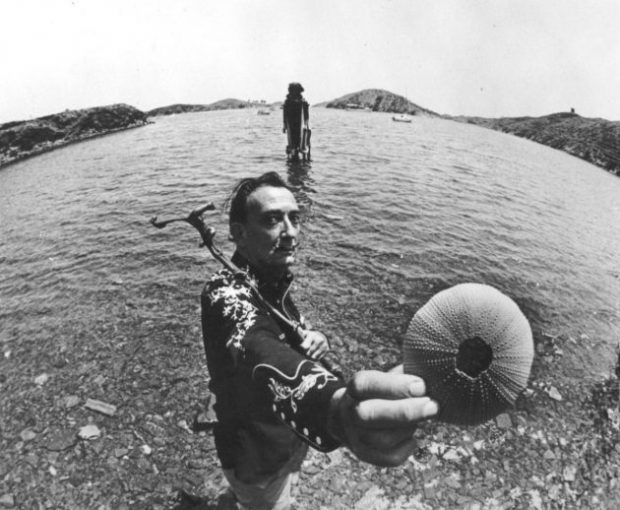 An album – a feast, a spectrum, a kaleidoscope – of some of the world’s best photography opens in the streets, bars and galleries of Cadaqués on 1 October 2021 at the start of the InCadaqués International Festival of Photography – now in its fifth year – the second year of Covid.

The best? Absolutely. After crossing the tortuous switchbacks over the last outcroppings of the Pyrenees before hitting the coast, the legendary Helmut Newton will appear (in spirit) and Simon Baker (in person) at the head of a parade of thirty photographers from all over the globe.

But first a history lesson.

Valmont Achalme with a group of friends organized the first show and called it ‘international’ as a bit of fun. They filled the village with photo-art and the people came. They liked what they saw. We want more, they cried. The second edition was sharper. More in focus. In the third year, when they received a few modest subsidies, Achalme realized they had created something worth keeping.

Things were looking up in 2020 when the festival received heavyweight recognition in the shape of a grant from the Generalitat in Barcelona. Photographers arrived with their portfolios filled with masterpieces and miracles. But a wicked wind had drifted in from the sea and the pandemic descended like a medieval plague.

As the gallery walls were being dressed, the shops and bars in Cadaqués rolled down the shutters and put up the closed signs. With curious synchronicity, the Generalitat’s donation cleared through the bank the day before the opening and, that same day, the official Covid shutdown began.

‘We had to go on,’ said Achalme. ‘It was a resistance movement. Covid was turning the lights out all over the country, but we didn’t want it to stop the culture as well. We made the exhibits free. We hung images on the walls and floated images in the sea. People went into the galleries one and two at a time. They wore masks. It became a carnival.’

The press and TV had pulled into town. There wasn’t much else going on in the world of culture and, as the coverage reached a monumental 14 million people, one could say the InCadaqués Festival of Photography had truly become international.

Covid hasn’t gone away. Nor has Valmont Achalme and his team. Edition 5 launches on 1 October with an exhibit on Salvador Dalí’s relationship to photography in the Dalí house in Port Lligat – ‘a dream come true,’ said Baker, late of the Tate Modern, London, and present director of the Maison Européenne de la Photographie in Paris.

Curated by Baker and Clothilde Morette, ‘The Eye is a Camera: the Photographic Vision of Salvador Dalí,’ reveals how Dalí from the late 1920s broadened his own perceptions of art using photography and film, as well as writing texts for two major surrealist magazines, L’Amic des Arts and Minotaure. 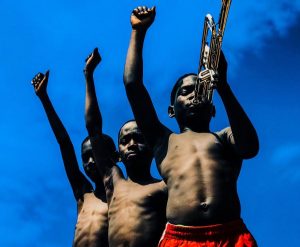 In a sign that the festival is living up to its international promise, Derrick Ofusu Boateng from Ghana – in his first ever trip overseas – will be showing portraits drenched in colour à la Andy Warhol with a uniquely African twist.

The French-born American Elliott Erwitt is known for his candid shots of absurd situations in everyday settings. A member of Magnum Photos since 1953, he happened to be the lucky guy on set with Marilyn Monroe during the shooting of the legendary movie ‘The Misfits.’

Hurdling the English Channel in the age of Brexit is British artist Oliver Chanarin with a new take on the ‘3 Standard Stoppages,’ an image created by Marcel Duchamp in 1913 using the force of gravity. Chanarin, with a team from the University of Bremen, has moved the theory on with images produced in a gravity-free environment. Duchamp would certainly have approved.

Then, of course, we will gasp in awe surrounded by the masterworks of Helmut Newton, the German-Australian photographer who died in 2004, his seductive nude and semi-nude portraits of women in heels as fresh and alive today as the day they were taken.

Watch this space. The revolution continues.