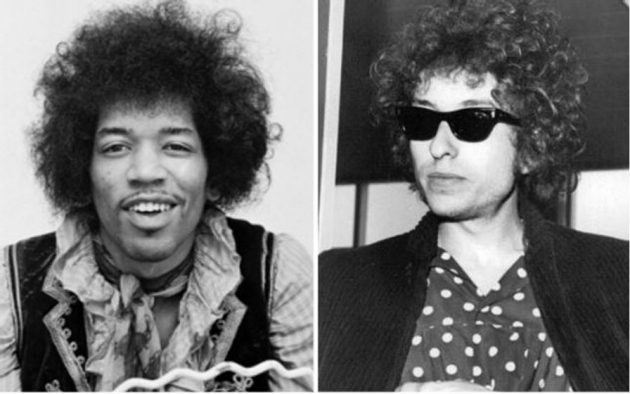 Two riders stop on a hilltop. They gaze across the valley at a castle surrounded by farmland where people labour in the fields. In the castle, princes and their beautiful women drink wine while barefoot servants come and go unnoticed. ‘There must be some kind of way out of here?’ says one rider to the other.

This is the parable Bob Dylan sets out in All Along the Watchtower, a song that first appeared in 1968 on the John Wesley Harding album and was turned into a No 1 Billboard hit by Jimi Hendrix.

All Along the Watchtower consists of three short verses written like a brief for a surrealist movie. Something is wrong, unjust, out of balance. The two riders are aware of that and are wondering what – if anything – they can do about it. The story seems to be set at a time when princes lived in castles, a metaphor for divided and inequitable communities of all times and everywhere. Dylan begins his tale in medias res – Latin for in the middle of things – without exposition and fills in the details through dialogue and flashbacks.

Dylan introduces two stock characters. They could be two cards from the Tarot, or the two men crucified alongside Jesus. What we do know is that the Joker sees a confused, anxious society without a future – Brexit Britain, perhaps, or the United States through the Trump years. The Joker continues:

Businessmen, they drink my wine,
Plowmen dig my earth.
None of them along the line
Know what any of it is worth.

The Joker (artist, poet, troubadour, wise fool) speaks of my wine and my earth as the property of the common people working in the fields while the princely elite, power brokers and corporations take more than their fair share of the proceeds. Those who don’t know what anything is worth, neglect human values, morality, decency. The Thief sympathises with the Joker’s unease and tries to placate him.

No reason to get excited,
The thief he kindly spoke.
There are many here among us
Who feel that life is but a joke.
But you and I, we’ve been through that,
And this is not our fate.
So let us not talk falsely now,
The hour is getting late.

The Thief from the Tarot represents those who live on society’s margins and survives through nebulous activities. He is called an outlaw by the princes in their castles but, more accurately, it describes the view in the mirror of the robber barons who cheat, lie and avoid paying their taxes.

We learn that the Thief is ‘kind’. He doesn’t want the Joker to get excited and make the wrong move. While many see life as nothing more than a joke, a farce, a conspiracy, those looking in from the outside are aware that the time for talking falsely – false news, propaganda, mendacity – has reached a critical turning point. The last two lines make it clear that there is urgency: the hour is getting late – the forests are burning, sea levels are rising, multitudes live in poverty. The wrong people are in power.

The Joker’s first instinct is to find some kind of way out of here – the empty lives and bogus values of a world off course. But the Thief convinces him that their fate isn’t to turn their backs on society but to ride on and change it.

All along the watchtower,
Princes kept the view,
While all the women came and went —
Barefoot servants too.
Outside in the cold distance,
A wildcat did growl.
Two riders were approaching, and
The wind began to howl.

As the Joker and the Thief approach, the sound of a wildcat growling is the roar of the crowd silent for so long calling out for revolution. From out of the storm clouds, the riders are the intellectual force that will tear down the establishment walls and bring about a more balanced and fair society.

All Along the Watchtower is subtle, cryptic, ambiguous. We are provided with clues but must rearrange the sequence of events in our own heads. By forcing the reader or listener to think for themselves, Dylan directs us to look more closely at the hierarchical power structure and ask ourselves why some people live in castles while others shuffle mournfully to food banks. The song is a call to arms, a political manifesto. 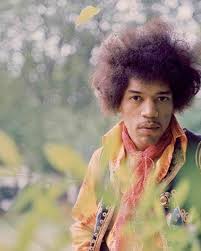 Jim Hendrix was hanging out with Stones’ guitarist Brian Jones in London in 1968. When he heard All Along the Watchtower, he couldn’t get the song out of his head. He called Dylan to ask if he could record it – Jimi had already done a cover of Like a Rolling Stone. Of course Dylan agreed. The two musicians had met only once, as far as we know, at the Kettle of Fish in Greenwich Village in 1966.

Dylan’s writing in All Along the Watchtower is surreal, existential: each line is a piece of a puzzle that we have to assemble. Hendrix does the same with the music. The wailing guitar rifts capture the sound of the apocalypse, the notes bent and distorted to create a chaotic sonic landscape to match the chaotic society described in the lyrics.

Far Out magazine reported that, on hearing Hendrix’s version of All Along the Watchtower Dylan said: ‘It overwhelmed me, really. He had such talent, he could find things inside a song and vigorously develop them. He found things that other people wouldn’t think of finding in there. He probably improved upon it by the spaces he was using.’

In fact, Dylan liked the version so much, he adopted it for his own live performances and has played the track in more than 2,000 concerts around the world. ‘I liked Jimi Hendrix’s record of this and ever since he died, I’ve been doing it that way … Strange how when I sing it, I always feel it’s a tribute to him in some kind of way.’

How Dylan Turns News Into History