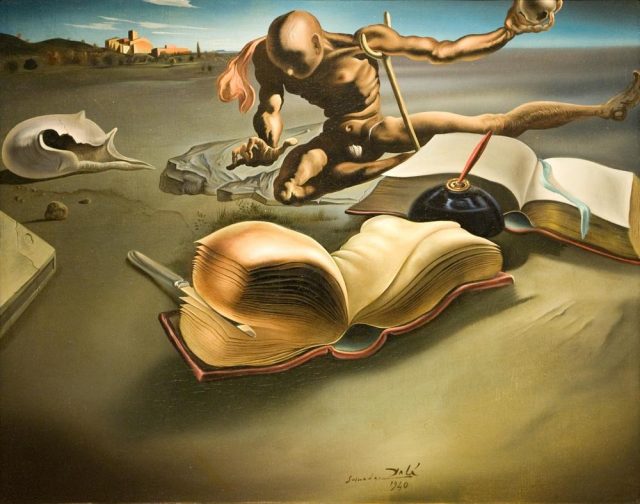 Salvador Dali’s ‘Book Transforming Itself into a Nude Woman’

It was a feeling hard to put into words, that sense of having arrived, perhaps. It was like opening a locked box and letting all the dead air out. Or going to bed in one place and waking in another. 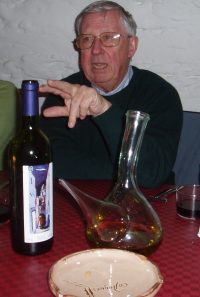 It was the summer of 1990. Sam Roxburgh and his wife Rosaleen were having one of their lunches at their house in Guillola, a few miles around the coast from Cadaqués. It was described as ‘lunch’ but never started until three in the afternoon and went on until the moon reflected on the surface of the sea. The house had grass terraces, clusters of cypresses, a swimming pool with backgammon diamonds tiled on the bottom and a dance floor erected for the occasion.

We had already agreed to take several people in our car when Carlos Lozano called in search of a lift for himself and four girls who had been friends of Salvador Dalí and had just arrived from New York. Dalí had died the year before, in 1989, and this rather special foursome had come to pay homage to his memory. I say special because they had not been born girls but chosen to be so.

Carlos sounded so desperate, I went to see Grant Parr to ask if I could borrow his car – an old black Cadillac with lots of chrome and rear fenders like angel’s wings. Grant had been an attaché at the US Embassy in India for forty years. His role had been to study the political situation in the sub-continent and write a 40,000 word report every six months. He laboured over the manuscripts to make them a good read and sent them in sealed bags back to the CIA in Langley, Virginia. ‘I wrote the equivalent of forty novels in my career and wonder if anyone ever read a single word.’

On the day of the party, Iris drove to Sam’s house in our car while I walked across the village to collect the Cadillac from Grant. The big engine thumped into life. I took off down the snaking hill to the village and the red light on the petrol gauge began to flash. The vehicle spluttered to a halt in the main square outside the Maritím Bar where Carlos in his white suit stood waiting. The girls came fluttering out with flowing hair, short skirts, skyscraper stilettos and little bags on chain handles stocked with lipsticks and mirrors.  As I stepped from the car it felt as if I had entered a scene from a movie. With its fortress church, white houses and the sea rolling into the bay, Cadaqués is a film set and everyone is the star of their own mini-series. 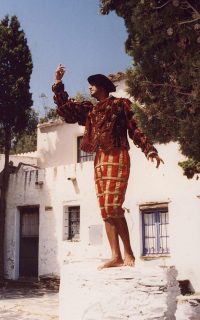 Carlos Lozano, gallery owner, former dancer, intimate friend of Dalí, looked as if he was about to burst into tears when I told him the car’s gas tank was empty. ‘Typical,’ he said. The girls stared at me with shiny eyes rimmed in makeup and didn’t seem bothered at all; they were used too overcoming life’s little impediments.

Pandora, palm on hip, her free hand shading her brow as she peered into the distance, turned back to me. ‘How far’s the nearest gas station?’ she asked. It wasn’t far, about five or six hundred yards up Serinyana, the main street into town. Pandora shrugged her thin shoulders. ‘I guess we’re just going to have to push the damn thing.’

I climbed in the driver’s seat. People had flooded across the square and out of the Maritím to watch as the girls leaned their bare shoulders against the old Cadillac. The wheels rolled slowly forward and they began to sing, ‘We Are the Radio City Music Girls’. It was then that I had that sense of having arrived, where and into what didn’t matter. I had been in some place and now, as I turned out of the square into Serinyana, I was in another.

It was like carnival, or a Saint’s Day. The crowd clapped. Children chased behind the car and Carlos gave me one of his withering looks through the open window. It was at that moment that we became great friends. Ten years later, I wrote Carlos’s life story in Sex, Surrealism, Dalí and Me.

Lights hung in the trees like stars. Music from the speakers echoed around the bay. We drank cava in cold glasses and ate pizza baked on the spot in a wood-burning oven. People danced. The four girls who had come to commemorate the passing of Salvador Dalí were too tall, too exotic, too sexy for most of the men to ask them to dance. Not Sam Roxburgh. His generosity at throwing the party for close to one hundred guests extended to understanding what people desire, what they most need, what will make them feel complete. Sam bought artist’s paintings, read the proofs of my books and sent copies to friends. One after the other, he danced with the boys who had made themselves girls and it occurred to me with my new sense of having arrived that, like them, Sam Roxburgh had made himself.

After travelling to England where he worked as a welder, Sam studied to be an accountant and returned to Australia. After some years working, he stopped one day and asked himself what he most wanted to do. The answer struck him immediately. He had in his travels visited Spain and what he wanted was to buy a piece of land and build a house in Cadaqués.

With that goal in mind, Sam set out for the United States. Just as prospectors a hundred years before had searched for gold, he formed a company to explore for oil. Many of the enterprising young men who were doing the same lacked the finance and skills to form and register a company. Sam did it for them and, instead of payment, he took 1% or 2% of the holdings. Most of those small outfits went bankrupt. But not all. Some struck a gusher, a licence to print money for decades. Sam Roxburgh now had a constant stream of income. He bought his piece of land. The architect Lanfranco Bombelli built the house overlooking the sea and Sam decided to have backgammon diamonds on the bottom of his swimming pool.