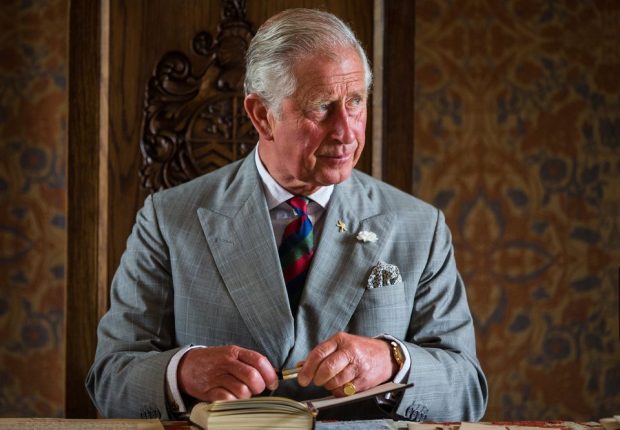 Has Prince Charles read Sex, Surrealism, Dali and Me? Seeing how he was for a brief time the copyright owner, I rather like to think that he has and thoroughly enjoyed it. 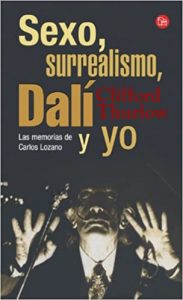 I wrote ‘Sex, Surrealism, Dali and Me’ long before I became cynical and had the rare pleasure of reading the translated version in Spanish by Claudio Molinari and considered it far better than the original. I had created what I believed was a daring fusion of surrealism (Dali) and magic-realism (Carlos). English critics hated the book. The Spanish loved it and invited me to share my poor Spanish at the Bilbao Book Fair.

Before we return to Prince Charles, this is the synopsis. ‘Sex, Surrealism, Dali and Me’ is the twin biography of two men, Salvador Dali, one of the most famous, infamous, vibrant and essential painters ever, and Carlos Lozano, the barefoot boy from Barranquilla, Colombia, who became a dancer in the musical ‘Hair’ after a chance meeting with Dali in Paris and, later in life, an international art dealer with Dali’s subtle and obtuse encouragement.

The glue that held them together for thirty years was that Carlos was homosexual and Dali was able with Carlos to step out of the closet and be himself. Sex was not part of their relationship. Dali was a voyeur who hated to be touched and claimed to have had sex only twice, once with the poet Federico Garcia Lorca, ‘which was painful,’ and once with his wife Gala, ‘which was unpleasant.’

Carlos Lozano’s ‘education’ with Dali was on the yellow brick road through the druggy, psychedelic, switched-on sixties until the painter’s death in 1989. Their journey was a happy one, an optimistic flick back to the pre-Covid millennium when everything seemed as if it would be all right in the end. We were so much wiser then. 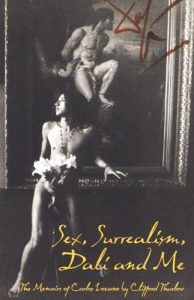 Razor Books, the English publisher, created a sumptuous hardback edition with a glossy cover showing Carlos posing near naked in a Paris art gallery. The photo was taken by Dali and the letters for the book’s titling were copied from Dali’s own handwriting. I remember seeing the book in book shops and assuming people would buy it for its sheer beauty though few did.

To return to the bad reviews; every writer’s obsession. Critics spent scores of column inches telling readers how much they disliked Dali (and loved Picasso) and said very little about the actual book except that it was fresh off the press and, for English tastes, a little risqué; a French word. Razor Books achieved wide coverage but limited sales. Within the year, they went out of business and I continued to live in my garret like the playwright in La bohème choosing whether to buy a bottle of cheap wine or a ream of writing paper.

Razor Books was registered in Cornwall. When the company ceased trading, the copyright – for reasons I have never understood – became the property of the Duchy of Cornwall, Prince Charles’s sweet little £1 billion a year sideline in organic jam and rich tea biscuits set up in 1337 by Edward III to provide an income for the heir to the throne.

I discovered that Charles’s copyright affairs were administered by the Treasury and contacted their man in the grey suit, Mr Christopher Jessel, at Farrer & Co, in Lincoln’s Inn Fields. He told me the normal procedure was for me to engage a lawyer and propose a ‘fair’ sum – starting at £1,000 – to buy back the copyright and thus ensure that the heir to the throne did not go in need. I expressed my sympathy for the heir, all families were feeling the pinch, before explaining that, as I was the copyright owner, not Razor Books, I was eager to have returned what was actually mine without further cost. The lawyer had a good sense of humour and laughed.

He encouraged me to write a letter explaining my position. I did so and used the correspondence to précis the book’s tale of pink champagne nights among the beautiful people of Cadaqués where Dali lived in a surreal house overlooking the bay of Port Lligat with a yellow boat in the harbour, an elephant on the roof and a penis-shaped swimming pool where Beatle George Harrison once breaststroked a few lengths with Marsha Chase, poet and hatcheck girl from New York.

Two months went by and I was beginning to give up all hope when I received an unexpected call from Mr Jessel. He told me that he was sending a letter – which he did – confirming that the Duchy of Cornwall had relinquished all claims on ‘Sex, Surrealism, Dali and Me,’ and I was duly, once again, the copyright holder. His tone changed and I noted the touch of irony. ‘I really don’t think it’s the sort of thing that Prince Charles would have any interest in.’

I knew then that Charles had read the book and I have been waiting ever since to see his review on Amazon. 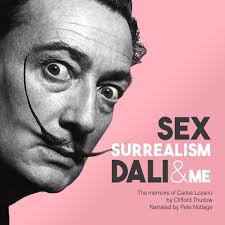 What I learned from the experience is that writers must guard their copyrights like the Crown Jewels and make sure their creations don’t become one. Prince Charles has a large extended family.

Though the English critics disdained ‘Sex, Surrealism, Dali and Me,’ it has since sold into several other languages and was turned into an audio book brilliantly read by Pete Nottage. All editions are available at Amazon. For some reason, it is currently a free download at both Amazon.com and Amazon.co.uk