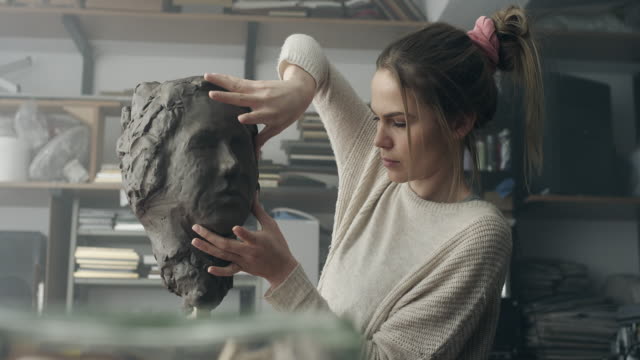 Great characters aren’t created. They are born from the genes of the writer: the writer’s passions and experience, desires and obsessions, that oil-and-water blend of self-confidence and self-doubt every writer carries.

Beating in the chests of great characters are big hearts, genuine concerns and fatal flaws. They may set out on the wrong path, but they get to the right place in the end. Mountains have many paths and they all lead to the top.

The way to create great characters is to become one. James Bond didn’t fall from the sky into Ian Fleming’s head. Bond is an extension of Fleming, a giant-sized projection on the cinema screen. Fleming was a British spy who carved his own path and wrote his own rules. We expect Bond to win the jackpot, get the girl and defeat the villain because he has elite MI6 training. Bond is a patriot – not a nationalist – with low tolerance for bureaucracy. He’s also a philanderer – the fatal flaw, who enjoys the good things in life and has the authenticity brought to the character by his creator. James Bond is what Fleming almost was and wanted to be: the man who saves the world and looks out for the little people along the way.

Great characters make their own choices. You can’t stop them. You can’t control them. They begin as your offspring, your student, and become your teacher, your guide. Character drives plot on the vehicle of the choices they make. You start out putting words into their mouth and discover when you read back what you have written that your character has said what he or she wants to say and has done what he or she wants to do. The process is symbiotic. Magical.

The roughly hewn character that emerges from the marble block like a de Vinci sculpture is shaped from the greatness buried inside the writer and carries the human qualities you yourself want to convey. All the characters in your story, good and bad, dress in the clothes from your wardrobe. Write about a robot or an extraterrestrial, a horse or a seagull, and the creature will anthropomorphise with your views, hopes and deepest longings. Give a character certain hatreds and, deep down, they will be your fears, doubts and hatreds.

Why do writers write? They write because they want to make the world a better place. They want to right wrongs. They want justice. If they don’t want those things, those writers are not writers. They are businessmen, wordsmiths, hacks.

George Orwell didn’t just go to Spain to report on the Civil War (1936-39), he volunteered to fight for the legally elected Republican Government against the military coup d’etat led by General Francisco Franco. Orwell feared the rise of fascism in the thirties and – like many writers and intellectuals – was not surprised in 1939 when Hitler’s jackbooted army marched across Europe.

Like Fleming, Orwell’s writing is authentic. When he writes about Big Brother in the dystopian novel 1984, Orwell knows from crossing and recrossing the political landscape how countries and societies can be blindly mesmerised by nationalistic politicians who build their platforms on lies and bogus fears of random enemies.

Ernest Hemingway explored the jungles of Africa, fished for marlin in Cuba and lived in a Paris garret while he wrote his great novels. If you want to capture the moods, smells, noise, subtleties and zeitgeist of a place and time, you have to live the life of your creation. Popular novelist John Grisham inhabited the murky labyrinth of the American judicial system as a lawyer before writing his legal thrillers.

A writer at the beginning of a career may not be able to take six months off to pilot a raft down the Yangtze Kiang. But working six months as a waiter will be character building and will provide a notebook full of personality types, of characters, a head full of psychology, philosophy, sociology. Every customer is a potential protagonist, antagonist, Romeo or Juliet.

Writers should read the newspapers every day. They must be informed on current affairs and current trends in art, music, society. To create full, fascinating, multidimensional characters, you must be or become a full, fascinating, multidimensional person. When you are able to walk in the shoes of the poor, weak, suffering, mistreated, downtrodden, the unmarried mother, the crippled athlete, the refugee, the unloved and unwanted, great characters will emerge on the page and your words will be driven by a source you didn’t know you had.