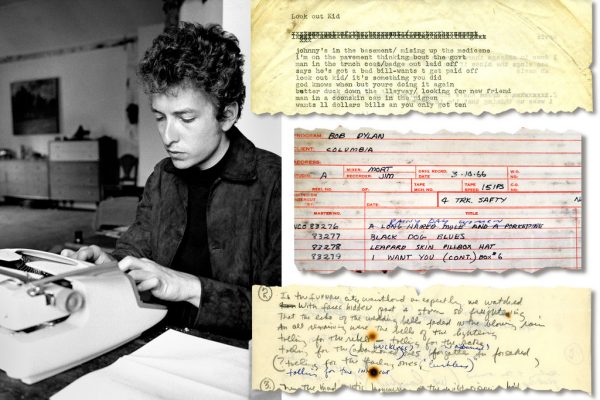 ‘It is the first line that gives the inspiration and then it’s like riding a bull. Either you just stick with it, or you don’t,’ Bob Dylan.

The first line is the spark that ignites the forest fire. The words come out like a rocket. Or a shooting star. Or they come out like teeth being pulled. Or diamonds being mined. In a flourish or one at a time like stepping-stones heading into the unknown.

Just as a journey of a thousand miles begins with the first step – says Lao-tzu – the first line of a song or a poem or a novel is the start of a struggle with your creativity and sense of magic.

‘Creativity,’ says Dylan, ‘is like a freight train going down the tracks. It’s something that has to be caressed and treated with a great deal of respect. You’ve got to program your brain not to think too much.’

The first line sets out the theme, the atmosphere, the style. It draws you in. Or it doesn’t. Words are like sheep. They have to be guided, shepherded, shorn of the woolly and superfluous.

The First Line of St John

The Gospel of John 1:1 commences with: In the beginning was the Word, and the Word was with God.

It doesn’t say: In the beginning there was God and God was a good editor arranging the words. No, we start with the word. Whether its gospels, articles, prose or lyrics, it’s all about the words. It’s only about the words.

Dylan does not have the voice of Roy Orbison or Elton John. If he had been blessed with the sweet moving sound of the lark or nightingale, it would have been too much. We would have listened to the sound. Not the words.

Woody Guthrie writes in his hymn ‘This Land is Your Land:’

Why didn’t Dylan write novels about all that he saw and felt, feared and visualised? Because books reach a small, well-informed minority. Wrap those words in the blanket of music, culture and the zeitgeist, and you reach the world.

To do that, you start with the first line.

Bob Dylan and the secret of success