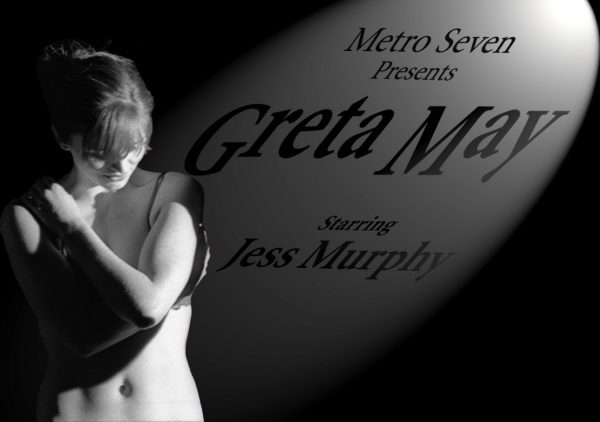 Salvador Dalí and Luis Buñuel started making short films together when they were still students at university in Madrid in the 1920s – a century ago.

After the first film, Un Chien andalou, Dalí applied what he called his paranoiac-critical method to co-write film No 2 – L’Âge d’Or.

The film that was instantly banned from public viewing – every filmmaker’s dream – thanks to Dalí’s ‘subversive eroticism’ and the film’s ‘furious dissection of civilised values,’ as one newspaper noted.

Vicomte Charles de Noailles and his wife Marie-Laurie, a descendent of the Marquis de Sade, promised funds for a new film.

Buñuel was anxious to have his writing partner on board and, in the long hot summer of 1929, set out to see Dalí in Cadaqués, an isolated fishing village inaccessible except by sea. Buñuel was pleased with his first draft, but needed Dalí to add a sprinkle of divine madness to the script.

But Dalí that summer had no interest in making short films. He was pursuing the Russian beauty Gala, wife of poet Paul Éluard, and a significant, if controversial figure in the Surrealist Movement. It was said that if one of the artists – Max Ernst, Yves Tanguy, Man Ray et al – did a particularly fine piece of work, the others would nod judiciously and whisper:

‘Ah, but of course, he was having an affair with Gala at the time.’

Buñuel followed Dalí from the shingle beach where fishermen repaired their nets to the outdoor dining table where the local wine was said to have the bitter taste of tears, to the modest cottage where Dalí had set up a studio. All to no avail.

In desperation, Buñuel tried to throttle Gala, to the consternation of the rest of the party: René Magritte, the art dealer Camille Goemans and his svelte girlfriend Yvonne Bernard. In spite of its lack of a road, Cadaqués had been discovered by the Paris avant-garde and the appearance of this exotic group would be covered in the columns of the fortnightly newspaper Sol Ixent.

Finally, his fingers prised from Gala’s throat, Buñuel packed his bag and sailed back around the coast, the still surface of the Mediterranean doing little to calm his fury.

Buñuel did not see Dalí again until 1937. Civil War had broken out in Spain. Fascist thugs had murdered their student friend Federico García Lorca and, fearing that he was next on the list, Buñuel fled to New York.

Dalí, always one jump ahead, was already established with Gala in Manhattan making a handsome living painting portraits of society ladies and collaborating on movie sets with Alfred Hitchcock.

Buñuel asked him for a $50 loan. But, just as Dalí had spurned working on short film No 3, he refused his request and ended their long and fruitful friendship with a letter of such eccentric misanthropy, Buñuel’s son, filmmaker Juan Luis Buñuel (Calanda; La Femme aux Bottes Rouges), always carried the offensive missive folded in his wallet to remind him of the joys of generosity.

Making short films, making any kind of film, is tough. Buñuel’s flight from Spain at the outbreak of Civil War, the banning of L’Âge d’Or and the long years of exile in Mexico were not wasted years, however, but the very experiences that infused the wit and imagination that would make him one of the greatest filmmakers of the twentieth century, as indeed, Salvador Dalí would become one of its great painters.

Buñuel’s early films were random, scattered, surreal, but he came to see that the key to a great film is the script. If anything, the script for a short film is more important and perhaps more difficult to write than a feature, simply because the brush strokes by necessity must be fine and detailed, each moment perfect.

Buñuel needed Dalí’s inspired if contradictory logic. A phrase, a gesture, a jump-cut between unrelated events, a moment’s silence or the introduction of music can make all the difference between success and failure, a story that grabs you and one that’s as flat as the bay of Cadaqués in summer.

Filmmaking is a team process. Often, contacts made and films shared in the early days will last through a filmmaker’s career. Each film is a voyage of discovery and adventurers who have made the journey together before know they are with people they can rely on. Buñuel mastered his craft making short films and that is how most filmmakers start.

For anyone on the same path today, the journey has never been easier. Cameras are smaller, lighter, less expensive, easier to use. A home PC and a few basic programmes are sufficient to edit, compose music and add sound effects. Films can be uploaded for distribution through YouTube and a host of streaming platforms.

How do you stand out in the crowd? How do you bring your movie gems into the world? Or, more important, in front of those who can make a difference to a new filmmaker’s career? 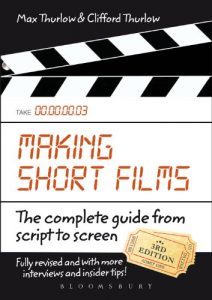 In Making Short Films – The Complete Guide from Script to Screen, I set out with my collaborator, Max Thurlow, to inspire filmmakers through the stages of writing, producing, financing, casting, directing, editing and exhibiting short films. The manual includes an analysis of the scripts of five very different shorts, a modern surrealist film, a country-house haunting, a high-tech horror, a comedy with Nick Moran as a fighter pilot, and my own noir thriller adapted from a short story.

In Buñuel’s era, revolutionary politics or a flash of thigh was enough to make a film controversial. In an age when almost nothing is controversial, films will need other qualities. L’Âge d’Or remained banned for many years, but has since been shown on television, and can even be found on YouTube.

When it was first screened in Britain, in Cambridge in 1950, the sole complaint was from the Royal Society for the Protection of Animals. Bare breasts and a nun being thrown from a window caused no offence, but one of the characters is seen booting a small dog up the backside. Social mores had changed, but not the English.

Try writing by hand and you’ll be astonished what comes out.