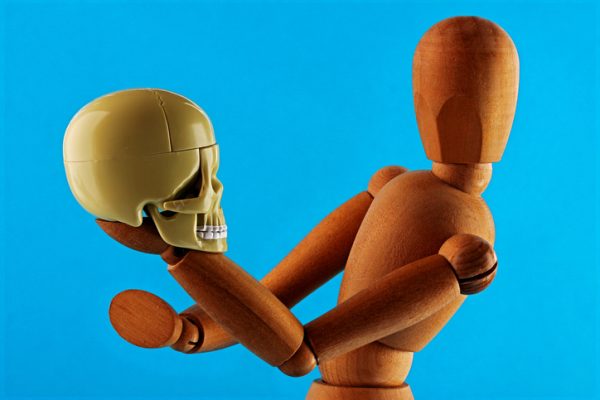 At fourteen, I wore black turtlenecks and learned to smoke Gauloises. The year before, I was a Boy Scout and a professional squirrel killer.

To protect red squirrels, Hertfordshire County Council had declared war on their grey cousins. If you killed a grey squirrel and took its severed tail to an office in Cheshunt, you would be rewarded with two and sixpence.

I had moved to Cheshunt at the age of thirteen when my parents bought their first house. Cheshunt was a commuter town on the edge of Hertfordshire, a neither here nor there sort of place with farmland to the north and London twelve miles south.

I joined the local Boy Scout Troop and a new school where my first two friends were Ian McCauley and Johnny Leach. Ian lived on the city side on the main road to London. Johnny lived in a cottage with two older brothers. His father was the estate manager for the local squire who occupied a manor house surrounded by ancient trees filled with grey squirrels.

Johnny had access to 12-bore shotguns and Ian McAuley had a plan. We met up after lunch on Sunday. Johnny brought two guns and a leather pouch filled with cartridges.

My job was to climb the trees with a long pointed stick, poke the dreys until the squirrels ran out and take cover while Johnny and Ian let loose with a fusillade of lead shot.

I am not sure why on several Sundays I risked my life as a professional squirrel killer, particularly as my share of the proceeds was only sixpence (the price of a Beano) and I didn’t like the idea of killing squirrels in the first place. At thirteen, we are desperate to fit in with the group and imagine we are invulnerable. At fourteen we start to grow up.

That Easter, Ian and I went camping in Epping Forest. I was the Boy Scout with my sleeves decaled in badges, but Ian McAuley was like a grey squirrel with an instinct for survival. It had rained, but he knew where to pitch a tent under the thickest part of the tree canopy and where to find dry wood to cook our sausages and beans in a billy can.

There was a storm that night. Rain pattered on the tent canvas but we remained dry and awoke to one of those memorable spring days in England with shafts of light piercing the treetops and the undergrowth awash in bluebells, ferns and bushes with tiny yellow flowers.

One of the big oak trees must have been hit by lightning. As we walked along, we disturbed nature’s delicate balance and the tree fell. We both ran, but I was clipped on the right side of my head by a branch and was sent sprawling.

My skull had cracked open. Ian stemmed the blood gushing from the wound with his bush hat – it dyed dark red and he kept the hat for years as a souvenir. I remained conscious but felt an excruciating pain that migrated through my nervous system from the right side of my head to my left hand.

‘My hand. My hand,’ I cried. My fingers opened and closed like a sea anemone and the pain only stopped when Ian spread my fingers out and pressed my hand flat with the sole of his boot.

I was unable to stand and Ian at thirteen had the forethought to drag me to the edge of the forest to look for help. He reached the main road and waved down the cars. It must have been clear that there had been an accident. Someone stopped immediately and I was taken to St Margaret’s Hospital in Epping.

Ian telephoned my parents and when they arrived they were met by a consultant who told my father that he could see me, but not my mother. She was a feisty woman who had seen the bombs falling in the blitz as she worked as a bus conductress in the heart of London. But this was the 1960s and doctors were to be obeyed.

My head by this time was bandaged so that I looked like a mummy in a horror film and my face was black with bruising that took twelve months to disappear. The black eyes receded slowly in rainbow shades of red, plum, green and yellow.

Camus and the Universe

I spent some weeks in hospital. The bandages were changed every day and the wound healed leaving a dent in my skull. During that short time in the forest when my head was open, the universe had taken a peep into me and I had taken a glimpse back into the universe.

I had never been that interested in reading, but there was nothing else to do in hospital and once I got the knack of disappearing into a story I ploughed through one book after another, Gulliver’s Travels, Lord of the Flies, Treasure Island, Animal Farm, my dad’s artful way of introducing me to George Orwell.

By the time I went back to school in September, I had turned fourteen. I never stopped being friends with Ian McAuley. He saved my life. But I had lost interest in camping and shooting squirrels.

I joined the drama club where I met a new boy named Martin who had been ‘sent down’ from the private school Aldenham for being, as he put it ‘an existentialist.’ He had an American girlfriend, wore button-down shirts made in Jermyn Street and had an older brother with a cottage in Goffs Oak where girls at parties took their tops off when they danced.

Martin loaned me his copy of The Outsider by Albert Camus. I hung my scout uniform in the back of the closet, changed into a black rollneck sweater and learned how to smoke.

You will love Talking Existentialist Blues by Dudley Sutton