Publishers do not read books. They read proposals. A good book proposal has to be dynamic, fast, a rich tasting hors d’oeuvre that persuades editors to hit the reply on their laptop and ask for the full three course meal of your manuscript.

A proposal has 6 essential elements:

Outline – The most important part of the proposal is the outline. It is divided in three parts. First state the genre: biography, travel or type of novel – chicklit, thriller, historical romance. Add a pitch that sums the book up in one sentence (not easy). Then write a précis of your book like a short story in 500 words focussing on the main characters, major scenes and turning points. This will have to be written and re-written over and over again to cut out the fluff and get to the essence off the story you want to tell.

About the Author requires a list of your other published books – if any – and how you came to write this particular book. Your education and past achievements are not relevant unless they apply to the proposal. If you have been a nurse for 20 years and are writing fact or fiction about being a nurse, then it’s relevant.

Related Books needs a list of about five books in the same genre and how they have done in the market. If there are no other books similar to yours, so much the better, but that needs to be explained. If you were raised by monkeys in Indonesia, that’s a book every publisher wants to read.

Markets. Tell the publisher why people will buy your book and how you personally intend to promote it. Publishing is a business. Being a good ‘sales’ prospect is just as important as writing a good book. If you are that nurse with her first book, then you may have a Facebook group of 10,000 nurses. That’s a good start for potential sales.

Chapter Outline. This will consist of three paragraph synopses of each chapter with a beginning, middle and a conclusion that makes the reader want to read the next chapter.

My last book was Operation Jihadi Bride, written with ex-British soldier John Carney. It took me a month to write the book proposal. 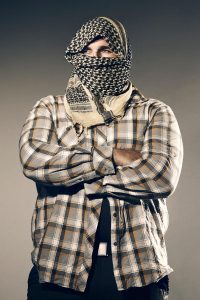 My agent, Andrew Lownie, sent it to a dozen publishers and we accepted an offer from Hachette, one of the biggest publishers in the world.

Having written a thorough proposal, I was able to complete the book in four months and it was published as a hardback and paperback with airport and audible editions. There has been one translation sale so far. Once you are given an advance by a publisher, a switch flicks in the brain that makes writing the manuscript much easier.

As noted above, it is the outline that must capture the imagination of the publisher. This is your chance to show your style and your ability to tell a story in a concise form.

This was my outline for Operation Jihadi Bride. It begins with the one sentence pitch.

A thrilling and highly newsworthy military adventure in the burning rubble of Islamic State.

In June 2016, ex-British soldier John Carney planned the escape of Laura Hansen and her two children from Mosul. The 21-year-old Dutch woman was the first jihadi bride freed from Islamic State.

During the next 18 months, while ISIS was at its most brutal in Iraq and Syria, Carney led a trio of Kurdish freedom fighters behind enemy lines to save the lives of more than 100 European women and their children.

His team followed the action through savage street battles and scooped up jihadi brides as they threw off their niqabs and fled into their arms. It would pose a complex dilemma in Europe: discovering who among the young women were naïve girls who just wanted to come home and who remained loyal jihadis intent on spreading terror.

From scores of debriefings, Carney brings astute analysis on how young Muslims in the UK and Europe are indoctrinated. He describes how jihadi ‘sleepers’ smuggle themselves into Europe disguised as asylum seekers and form new cells with the support of fundamentalist Imams.

Carney provides evidence that the ‘Caliphate’ will be resurrected in Africa financed with ‘pirated’ oil money invested through offshore trusts set up with the collaboration of British bankers and lawyers.

Through eighteen months of operations, aside from freeing jihadi brides, Carney’s team rescued hundreds of Iraqi and Syrian women and children trapped in the crossfire as Kurdish militias led the attack on extremists, vehicle borne IEDs and ten year old ‘Caliphate Cubs’ in suicide vests.

Operation Jihadi Bride is also about relationships: Carney and the 3 Kurds, Hassan Ghazi, Dozan Rostami and Cano Ali, men he grows to love; ex-British intelligence officer Matt Lambert, a man who lost his daughter in a riding accident and now raises money for humanitarian causes; his Greek wife Kali and his own daughter Ntileini, of whom he sometimes worries that when she goes to boarding school in England she will grow way from her working-class dad.

Carney is on both the ISIS Death List and the UK Terrorist Watchlist. Ex-British Army, family man, autodidact, he is a quiet British hero dedicated to sharing intelligence and saving lives in the apocalypse of the Middle East.

If you would like to learn how to write a Book Proposal that sells, leave a message

with your email in the comment box below and I will send you a complete copy of the Operation Jihadi Bride proposal.

Operation Jihadi Bride is available from bookshops and AMAZON.