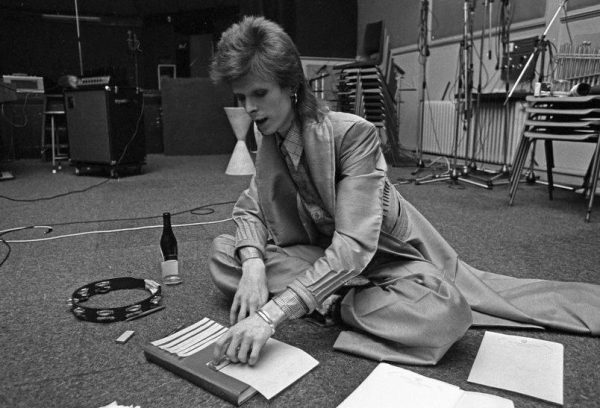 Writing by hand in the days of keyboards has become an art form, an anachronism, even an act of anarchy.

When you write with a pencil you can smell the graphite, with a pen the resins, wax and precious oils. The words as they loop across the page awaken something emotional and vaguely nostalgic.

For Zen monks, painting is a meditation. They keep the tip of the brush, their elbow and heart in a perfect triangle. This discipline allows the work to ‘happen’ without concern for rules or perspective. Writing by hand in this same way taps into a different part of your brain and uncovers feelings you never knew you had.

When I complete a blog or a chapter of a book, I print out the pages and read them in the living-room rather than my office. It is always good to surprise the work by changing the routine, by coming at it at an odd time or angle. I read the pages first in silence, then aloud.

I often pause during the correction stage, write PTO in the left column and add notes on the back of the page. My thoughts at this point always race along as if driven by some force outside myself. Next day, when I add the fresh material to the manuscript, the writing is always the best I can do, the best that’s in me. It will require no further editing or remoulding.

This work I think of as having been channelled more than written. It’s as if there is a hole at the top of my head and the universe has streamed the words down to my hand and across the page in a flood of mystical energy.

Writing by hand is a conflict between you and the blank page. You can’t feign your mood or trick your adversary. It knows you better than you know yourself. If I sit down with a notebook and wait for the channel to open, nothing happens. Prayers are a bit like that. They are only answered when you don’t ask.

Unlike the electronic pulses of a keyboard, when you write by hand you connect to that part of the brain where the creativity ducts lie hidden in the subconscious. For me, this fleeting gift from the Gods is a pleasure, but also a curse that I can’t open the tap in the universe and draw it down at will like Mozart with the notes and Nureyev with the dance.

Writing by hand is an esoteric tradition overwhelmed by computer programmes that autocorrect errors and ask if you want UK or US spelling. Emails have killed letter writing, once an indulgence that allowed writers to be obtuse, romantic, poetic. The Cloud stores everything and future generations will be denied the mystery of stumbling on granddad’s secret manuscript in the attic.

David Bowie learned to use the cut-up technique, découpé in French, pioneered by Marcel Duchamp and the Dadaists including Francis Picabia, André Breton and Paul Eluard. The method is to write random lines on the same theme, then cut them into strips and arrange them until they grow into something surreal, moving or satirical. In this way, Bowie wrote some of the best songs of the 20th century.

JK Rowling is another devotee of writing by hand. Before she could afford a laptop, she sat up through the night in 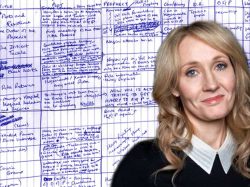 her modest bedsit in Edinburgh writing the first Harry Potter story in a notebook.

Handwriting is an art called calligraphy that began with the cuneiform script created in Mesopotamia, present-day Iraq, about 3200 BC. The script was designed as a system of counting and recording goods – no cuneiform novels have ever been found – and was recorded, not on parchment or scrolls, but clay tablets.

According to Andrew Robinson in his book The Story of Writing, the first person believed to have put a name to his work, in fact the first person’s name we know in recorded history, is not a writer, priest or king, but the accountant ‘Kushim’ in the city of Urak, what became known as Babylonia, a land where the people spoke Aramaic, the language of Christ.

The word calligraphy derives from the Greek words for beauty – kallos, and to write – graphein. The art of beautiful handwriting.

5 Good Reasons for Writing by Hand, according to Research by Oxford Learning.

Why writers write, even when nobody wants them to.