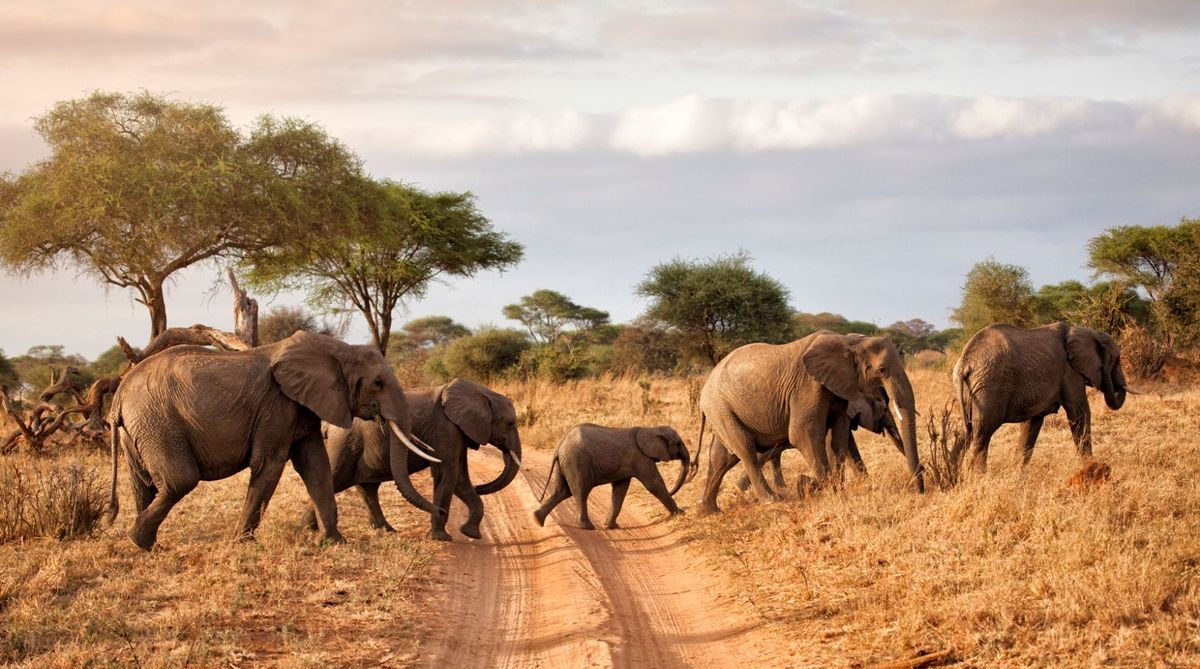 The grasslands and forests of India and Sri Lanka are disappearing. It is not unusual to see elephants rummaging for food in seas of garbage.

In Africa, elephants face poachers and trophy hunters as their habitat turns to dust and concrete. The photograph of an elephant carrying an exhausted lion cub to safety during a drought went viral and was seen by many tens of millions of people around the world. 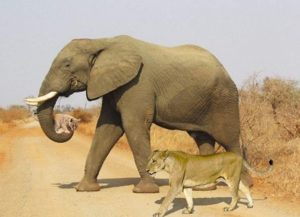 The photo was in fact a Photoshop hoax uploaded by wardens at Kruger National Park in north-eastern South Africa. It was signed by Sloof Lirpa – April Fools backwards.

We wanted to believe the image was real because we love elephants. Elephants are gentle. They are vegetarians. They have sad eyes and long memories that go back to our shared antediluvian past. It is not hard to imagine that elephants have the wisdom to know they must protect other animals, even a potential predator, from their greatest enemy, us.

When a pride of lions separates a baby elephant from the herd and kills it, they eat every part of the animal. They don’t put it in the fridge for later and race off to kill another elephant or antelope or zebra.

Elephants probably know by elephant instinct that lions have vanished from more than ninety-five percent of their hunting grounds and are extinct in twenty-six African countries. Where once there were millions of lions, the World WildLife Fund (WWF) reports that today there are only 20,000 living in the wild.

Back in colonial days, trophy hunters in knee-socks and straw hats killed elephants to turn their feet into ashtrays. Ernest Hemingway describes in one of his books how he burnt his hands on his gun barrel killing one elephant after another as they stampeded past his hide. That was in the 1930s when as many as ten million elephants roamed the jungles and veldts of Africa.

Hunters today can still shoot an elephant. An 18-day safari package costs $45,000. Rich men in camouflage travel home with a pair of tusks they hang on the wall to show their bravery and derring-do. They will say the elephants are merely being culled and the developing countries need the foreign dollars. This may be true. But by creating a market for killing elephants, killing elephants is normalised. 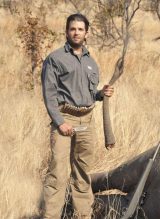 Barrack Obama banned the import of elephant trophies to the United States. When Donald Trump came into office, he overturned the ruling, allowing his sons Eric and Don Jr to continue their passion for killing wildlife in Africa.

Poor Africans trap and shoot elephants with  poisonous darts to sell the tusks so they can be  carved into ivory miniature elephants. Humans like that sort of thing.

Decades of poaching and conflict have reduced the elephant population to less than 415,000. According to the Word Wildlife Fund, they could disappear from the wild by 2040 unless we take immediate action.

We have to ban hunting and stop the sale of ivory. We must protect the habitat of wildlife and work together to end global warming. It seems to me, if we can’t save the elephants – the lions, the rhinos, the orang-utans – we won’t be able to save ourselves.

Can we do it? Leave a comment with your thoughts.

Find out more about elephants and how you can help save them from extinction at the World Wildlife Fund.