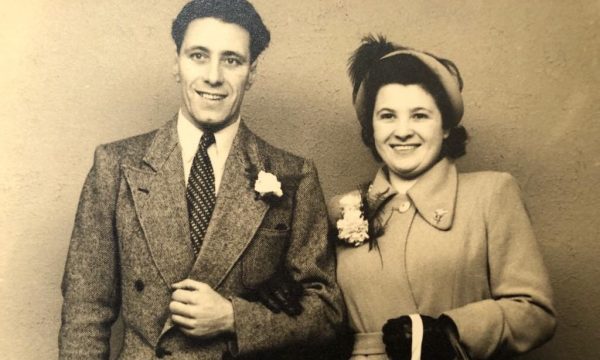 Wedding Day for Mum and Dad

After forging his birth certificate at seventeen, my father joined the Royal Navy and spent six years as a gunner on the battleship HMS Eskimo. Mates the same age died in his arms. He came out of the war feeling lucky to have survived and determined to have a happy life.

My mother at fourteen was evacuated to Cornwall with her little brother Teddy. At seventeen she was back in London working at the Metal Box factory packing munitions and learning to dance with the American soldiers stationed in London.

Dad was demobbed in 1946. He met mum at a bus garage. It was love at first sight. They were young, penniless, optimistic and married the following year. They moved in with mum’s parents.

My grandparents had lost their home in East London during the Blitz and moved to a big old house in North London with Old Granny, my great-grandmother, and Uncle Ted.

Ted was still at school while I was growing up and brought his friends home to practise cricket in the garden. Years later, they formed a jazz band and bought an old taxi to travel around the country. 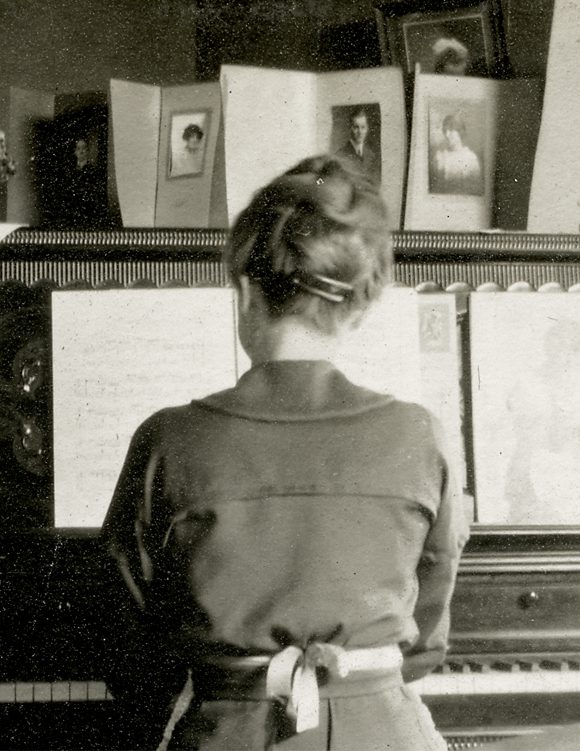 My mother had two sisters, Alice and Edna, who visited almost every day with their husbands, Norman and Jack. Norman had been an Eighth Army Desert Rat and had marched across North Africa in the campaign to defeat General Rommel. Norman had one lasting memory from the war: watching Lord Montgomery riding across the sands on a white horse threatening to put a bullet in any soldier who didn’t climb the cliffs to attack the Germans dug in at the top. Norman had a clear shot and his one regret was that he didn’t shoot him.

A couple of years passed and I was born on a hot July day, the first grandchild, a summer baby, a symbol of light in the post-war darkness. I was surrounded by adults who treated me like a little Sun God.

In a folk story, the hero needs a rival. Mine was Old Granny, who couldn’t stand the sight of me. She occupied the bay-windowed room at the front of the house and played the piano day and night. I was intrigued by the music wafting up the stairs and would creep into her room to listen.

A Penguin for Bravery

As I drew closer, her right hand would flash back to slap my face and she carried on stroking the keyboard without missing a beat. I would run off wailing like a sea lion to the welcoming arms of my mother or grandmother or a visiting aunt. They would scold Granny. She would say I was a fibber always trying to get attention and I’d be given a Penguin chocolate bar for being brave. 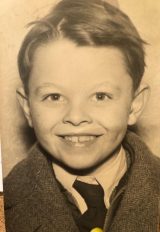 At the age of five, I had a red tricycle with a trunk at the back. I would steal tins of food and vegetables from the cupboard and deliver them to neighbours who indulged me by buying my wares for pennies and threepenny bits before returning them to my mother.

She told me a thousand times to stop raiding the larder but I continued my small business until she drew upon the ultimate threat: to tell my father and to expect a good thrashing when he got home from work.

She delivered her report. Dad looked stern as he took me into the bedroom and closed the door. He clapped his big hands together for the sound effects, then put a finger to his lips to show we shared a secret. He’d seen enough violence in the war to last a lifetime.