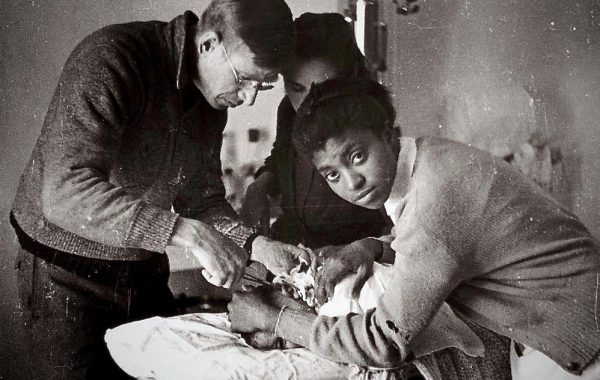 Salaria Kea was black, female and as mad as hell suffering mistreatment from the white doctors at Harlem Hospital in New York where she worked as a nurse.

One day when Salaria and a group of friends were eating lunch, three white doctors came in. One of them demanded they give up their table.

This was 1933, three decades before Martin Luther King marched on Washington and gave his ‘I Have a Dream’ speech. The black nurses were used to being second best, at the back of the bus, the last in the queue. They scurried off to the far corner.

Salaria was sixteen, a student nurse, but she felt, as she said later, ‘as mad as hell.’ She returned to the sunny window spot where the doctors were eating. She dragged the tablecloth from the table, smashing the plates and spilling their food over the floor.

Her teenage rebellion would probably have led to her dismissal – or worse – but it caught the imagination of the hospital staff. They joined Salaria in her protest and a month later the mayor ordered the end of discriminatory practices in the dining room.

Salaria had moved to Harlem because black girls were not accepted in nursing schools in Ohio, where she had attended Akron High School and dreamed of being a nurse. Born in Georgia in 1917, one of four children, her father was murdered by a patient at the state asylum where he worked as an orderly, something that haunted her entire life. 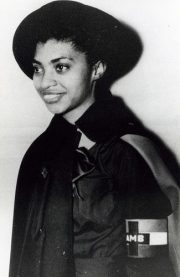 Harlem in the 1930s with its speakeasies and jazz clubs was becoming politically active. Salaria worked hard at her studies and spent every spare moment in the library reading. Her proudest possession was her library card. She passed her nursing exams in 1934 and started work on the tuberculosis ward at Sea View Hospital.

Mad as Hell at Mussolini

One night when Salaria was at the picture house in Harlem, what she saw on the newsreel changed her life. It was October 1935. Italy under the dictator Benito Mussolini had invaded Ethiopia. She watched the short, pompous little man in a black uniform strut across the screen and he reminded her of the doctor who had ordered her and her friends to leave the table in the canteen when she was a student nurse.

She would have gone to Ethiopia, but the country lacked the infrastructure to accept foreign volunteers. She made up for it by forming a committee with other nurses and raised funds for medical supplies to aid Ethiopia in its hopeless battle against Italy’s army of blackshirts.

If Salaria Kea wanted to fight fascism, she didn’t have long to wait. In July 1936, General Franco led a military uprising against the elected Republican government and a call went out for volunteers to join the International Brigade. 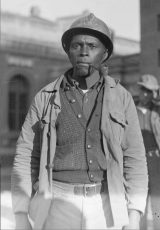 On 27 March 1937, aged twenty, Salaria sailed from New York to Port Bou in Spain. She was the only black nurse in a unit of twelve. The one hundred recruits on board, black, white and Hispanic, were led by Captain Oliver Law. He was the first black officer to command white soldiers in the history of the United States.

In Spain, Salaria came to see that racism and fascism were intertwined, that the enemy wasn’t only Franco’s Nationalists, but bigots, populists and tyrants everywhere.

Salaria set up a field hospital in Villa Paz, where she met the Irish ambulance driver John Patrick O’Reilly and fell in love. They married and parted a month later when Salaria was posted to a hospital in Barcelona.

She almost died from her injuries after a bombing raid by the German Condor Legion, the aviators who had obliterated the small Basque town of Guernica and were practising for the war to come. She spent many weeks recuperating and sailed back to the United States in May 1938. 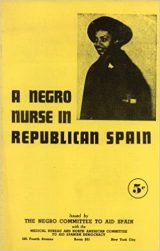 Salaria’s experiences in Spain gave her undying belief in equal rights, racial equality and, in George Orwell’s words: common human decency. Her views provoked one reporter to ask if she were a communist. ‘That’s only for white people,’ she replied. ‘Like the Mafia.’ She toured the United States to raise funds for the International Brigade. The pamphlet A Negro Nurse in Republican Spain – describing her work as a front line nurse in the Spanish Republic – was published in 1977.

Segregation laws were still in place, but Salaria used all her skills of persuasion to bring John Patrick O’Reilly to the United States. They both served in World War Two, Salaria in the Army Nurses Corps. After the war, she continued her lifelong struggle to eradicate segregation from New York hospitals.

As an interracial couple, Salaria and Patrick suffered prejudice and threats throughout their marriage. Once, their house was firebombed by white supremacists. They supported every cause worth fighting for and faced the reactionaries and Klansmen with courage and tolerance.

Salaria Kea O’Reilly died aged seventy-three in Akron in 1990 after a life few black women born in Georgia in 1917 could have imagined. She once said in an interview that the happiest period of her life was in Spain when people came from all over the world to fight for the doomed Republic and the volunteers saw people for what they were, not for their rank, their position or the colour of their skin.