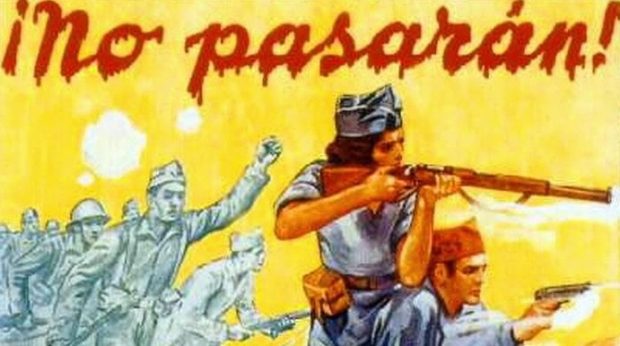 We Shall Pass is a novel set during the Spanish Civil War (1936-39), my statement as a writer, the book I’d like to be remembered for.

I started researching and writing notes for We Shall Pass twenty years ago. I travelled to the battle sites across Spain, read the history from both sides and worked on the manuscript between other projects.

This is the brief synopsis:

The novel focuses on the part played by the British Battalion in the civil war and the lives of the main characters. More than a historic novel, it is a love story and social commentary.

On finishing the 120,000 word manuscript (a book of 400 pages) it went through the assault course of four tough readers: my companion Iris Gioia, my son Max Thurlow, my agent Andrew Lownie and Andrew’s exacting reader, a man born not with a silver spoon in his mouth but a red editing pen.

The manuscript came back with thumbs up and began its journey to the editors’ desks in London’s publishing houses. We have had a couple of disappointing rejections praising the book but turning it down because it ‘didn’t fit with current publishing plans.’ There are any number of reasons for this. Perhaps the subject did not appeal to the editor, or offended his/her political bias, or the publisher had recently launched a book with the same themes.

A touch of anxiety crept in with the first rejection, despair with the second. I began to think We Shall Pass simply wasn’t good enough. But, then, how did it get through the iron gates of Andrew’s reader? I took solace in the fact that two of my ghost-written books had each spent several weeks in the Sunday Times top ten best-seller lists: Today I’m Alice for Alice Jamieson and Runaway for Emily MacKenzie.

Rejection is painful but not definitive. Don’t they say one man’s trash is another man’s treasure? Dick Rowe is famous in musical history as the one time head of Decca Records who didn’t sign the Beatles. JK Rowling’s first Harry Potter book was turned down 12 times. John Grisham’s debut novel A Time to Kill received 28 rejections before Wynwood Press signed a book deal in 1988. ‘Five thousand copies were printed and we couldn’t give them away,’ Grisham wrote. After the success of The Firm in 1991, A Time to Kill was reprinted and sold more than a million copies.

My favourite rejection story concerns One Hundred Years of Solitude by Gabriel García Márquez, considered by many as the best novel of the 20th century. The Colombian writer was awarded the Nobel Prize for Literature and ignited the genre magic realism.

One day with nothing better to do, the literary editor of the New York Times typed out the first chapter of One Hundred Years of Solitude, wrote a proposal and sent it to the publisher that had published Marquez’s book.

He expected a scolding letter from the editor telling him he was either a plagiarist or a comedian. But no, he received a polite rejection saying that while the work was ‘quite well written,’ it did not fit with the company’s current publishing plans.

Now he had his story. He wrote his article for the New York Times and gave the publisher the right to reply. They explained that it was an inexperienced member of staff who had rejected the masterpiece and such a thing would never happen again.

Three months later, the same literary editor sent the same proposal to the same publishing house and, you guessed it, it was turned down with another polite rejection. I am sure Márquez enjoyed the story.

In this time of Covid, thousands of people with ideas to write a book, or finish a book, or start a book have been sitting down at their laptops tapping away, half killing time, half in the hope of seeing their musings in print. The only advice a writer needs is this: You only fail when you stop writing. 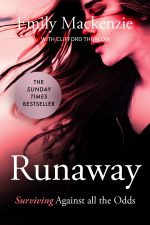 a child, is abused in a children’s home and survives the streets of Soho as a teenage prostitute. She now works as a counsellor for the poor and disenfranchised.

The book is currently free on Amazon Kindle.