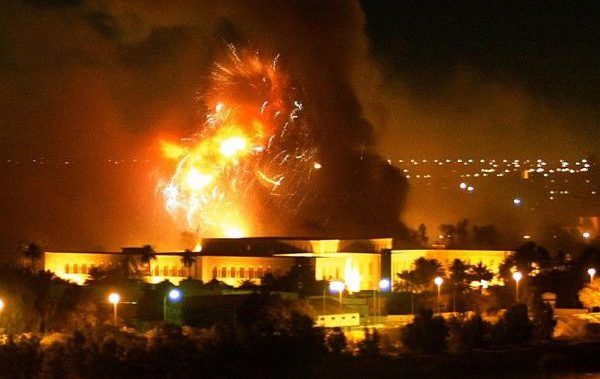 Sancho Obregón is a devoted reader. Mauricio Obregón, his father, was a devoted writer. Of these two bibliophiles, I have reason to believe that it is Sancho who has found the most pleasure from the world of books.

To take a step back in time, I had just published my second biography – the memoirs of Afdera Fonda – and had rented a white-painted house in Cadaqués for the summer to work on the third. My neighbour was the French explorer Michel Peissel, who happened to know Afdera, a link in the chain of six degrees of separation.

One night, armed with a bottle of wine, he took me across the bay to meet Mauricio for the first time. We quickly got on to the subject of books. Not their magic and majesty, not their philosophical and historical significance. Not their ability to take you from faraway worlds to the mysterious world inside your head. No. As writers, our discussion was not about reading books but writing them. How awful it is, how draining; the drudgery and backache, the rejection and criticism, and how slim the pickings after the labour.

Mauricio slapped the tabletop. ‘Escritura es una enfermidad cronica,’  he roared – Writing is a chronic disease, the translation missing the play on words, cronica in Spanish meaning chronicle as well as chronic.

Historian, pilot, professor, one of the founders of the University of the Andes, Mauricio’s achievements were manifold, but he described himself first as a writer who had ‘never managed to write the book’ he believed he was born to write.

Michel Peissel threw up his hands and I understood nothing of his outburst except the names of some famous French publishers. Like Mauricio, his CV was rich in publication and achievement. Michel was the youngest ever member of the Explorer’s Club of America. He was the first European to enter the Kingdom of Mustang, high in the Himalayas, and discovered in 1994 the source of the Mekong River. His book on the expedition across Tibet, The Last Barbarians, was an international best-seller.

Mauricio stared at me with twinkling eyes and held up his left hand. He counted off his fingers as he told me the qualities required for great writing: ‘Insight, intuition, observation and magic.’

‘And a good agent,’ added Michel.

‘Ah, yes, and a good agent,’ Mauricio repeated. He dropped an olive in his mouth and stared out to sea as if he half-expected to see a fleet of pirate galleys entering the bay. Mauricio’s house with wide arches supported a terrace that hung over the shoreline and gives the impression that you are on an old fishing boat facing an unknown horizon. He opened a second bottle of wine, sawed some slices from a baguette, added some cubes of cheese to a bowl, then sat with a thoughtful expression.

Mauricio then told us a story which came back to me last week when I got a call from Sancho Obregón, which I will come back to.

Mauricio was a friend of Gabriel García Márquez, the Colombian winner of the Nobel Prize for Literature and author of One Hundred Years of Solitude, conceivably the best novel of the 20th century. When Gabby, as he was known, finished a book he sent the manuscript to Mauricio for his opinion before it went to the publishers. The last book Mauricio read for Márquez was Del amor y otros demonios – Of Love and Other Demons – in 1994.

He sipped his wine. ‘There was something strange about it, something different. Not better or worse, but it had a different texture, a different taste,’ he said. ‘I called Gabby and when I told him this, he laughed. He then explained that it was the first book he had written using a word processor, not his old typewriter.’

Michel and I sat back nodding sagaciously. We understood the difference. When you write by hand or with a typewriter you are in touch with the blank white page, the thoughts and ideas that emerge are fresh, rhythmic. You will go back for a polish, but the freshness remains. A computer checks your spelling, straightens the curves, removes the coarseness. It becomes a piano concerto played on a synthesiser. 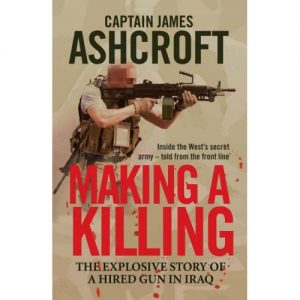 Mauricio’s reflection on Gabby’s manuscript was incredibly intuitive and I wondered if it must run in the family when I got that call from Sancho. He had just finished reading ‘Making a Killing,’ a book I had written with James Ashcroft recounting his experiences in Iraq after the war that toppled Saddam Hussein.

‘I have one question,’ Sancho said: ‘Were the views expressed in the book strictly those of Captain Ashcroft?’

It made me laugh, just as García Márquez had laughed at Mauricio’s observation almost three decades before.

James Ashcroft, smart, handsome, a plausible James Bond, had taken the classic path from public school to read law at Oxford, to the military academy at Sandhurst and six years in the Duke of Wellington’s. He retired a captain to take up law and grew to hate bending his back over a desk eight hours a day. When his old regiment marched into Baghdad, he put his pinstripe suit into mothballs and took a job with a security firm. He arrived in Iraq just as George W. Bush appeared on the deck of the aircraft carrier USS Abraham Lincolnto announce that the war was over four and a half weeks after it had begun.

In Making a Killing, we cover the eighteen months James spent with a team of ex-special forces Brits training Iraqis to guard the nation’s water supply from insurgents – the chaos, inefficiency, corruption; the firefights, the fatalities they suffered battling jihadi extremists who would turn a few years later into ISIS, seize half of Iraq and Syria and declare an Islamic Caliphate.

James had considered the war a justifiable recalibration of the balance of power in the Middle East. I disagreed. In my opinion, Bush wanted a war after the disaster of 9/11, and Tony Blair provided the ‘sexed up’ and ‘dodgy’ documents that led to the so-called Coalition of the Willing invading Iraq in search of weapons of mass destruction, WMD.

Thousands died on the opening day, 19 March 2003, when bomber squadrons from the United States, Britain, Spain, Italy and others made 1,700 sorties on Baghdad, a city that, we would discover, did not have nuclear or biological weapons. In fact, Baghdad did not even have anti-aircraft defences.

According to ‘The Lancet’, approximately 10,000 American, coalition and security personnel were killed in what had been dubbed Operation Iraqi Freedom, and 600,000 Iraqis died to win their freedom.

History, they say, is written by the victors. In ‘Making a Killing’ there are no ‘good guys,’ but a range of opinions from Ashcroft, his comrades, Iraqi security officers and ordinary Iraqis. The result will provide historians of the future with an alternative perspective when they write the definitive history of the Iraq War.

In the meantime, I must send Sancho Obregón a copy of Escape From Baghdad, the follow-up to Making a Killing.

After working as the interpreter for the Brits for 18 months,  Assam ‘Sammy’ Mashooen – a Sunni – finds himself on a Shia Death List. After getting a tip off from an American Colonel still in Iraq, James Ashcroft returns to Baghdad with his dogs of war to set up a rescue mission.

Feel free to leave a comment below – no puzzles or passwords.

Any cookies that may not be particularly necessary for the website to function and is used specifically to collect user personal data via analytics, ads, other embedded contents are termed as non-necessary cookies. It is mandatory to procure user consent prior to running these cookies on your website.

This Site Is Protected By
Shield →