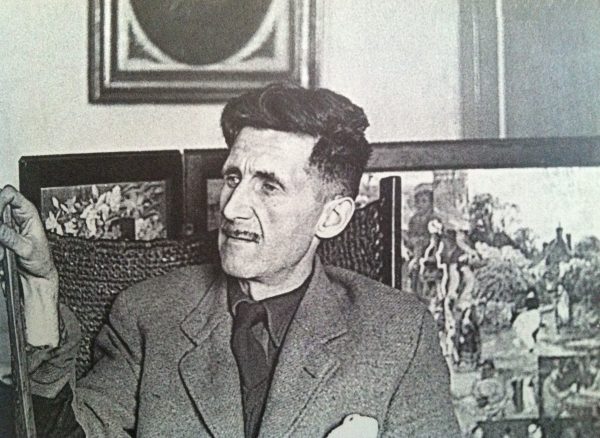 A liberal is open minded, understands the benefits of debate and compromise, and is tolerant of people with opposing views.

A liberal believes in the democratic system of interconnected institutions designed to limit the excesses of power.

They trust in the system where those intent on undermining democracy – populists, nationalists, neo-fascists, neo-communists – have an equal right to run in elections and be represented.

Liberals are closer to socialists in their thinking than conservatives but are intolerant of socialists who believe only their view of how society should function is correct.

Communist, anarchist and socialist militias making up the Republican alliance in the Spanish Civil War squandered their lives and bullets fighting each other over what kind of world they wanted to create when the conflict was over. They were doomed to lose the war when the Populists Hitler and Mussolini backed the insurgent General Franco.

It is the tragedy of the Left that everyone has their own vision of utopia, while the Right is united in believing in a hierarchy where strong central leadership and class divisions based on wealth and tradition are inevitable, even desirable. On the Left we find idealists. On the right, pragmatists, a far stronger adhesive.

Liberals occupy the invisible line between the two extremes. They are often labelled by critics as wishy-washy, fence sitters, losers. That is the price paid by fair, open-minded people with faith in what George Orwell called common human decency. Nick Clegg, who formed a disastrous coalition with David Cameron and backed George Osborne’s murderous austerity programme, was not a Liberal Democrat. He was a closet Tory.

The Universal Declaration of Human Rights, drawn up by the United Nations in 1948 and signed by almost every country in the world, is the liberal bible. According to US political philosopher Michael Walzer, liberals are better described in moral rather than political terms. They tend to be ‘open, tolerant, capable of living with ambiguity and are able to take part in a discussion without the solitary intention of winning.’

Liberals believe in free trade, universal medical care, religious tolerance, liberal border controls and the rights of minorities regardless of colour or sexual orientation. They are neither fanatic nor dogmatic. Their creed is live and let live. They don’t like walls.

With the pendulum swinging decade by decade from centre left to centre right, liberal democracy in the developed world since 1945 created health services, free schools, pensions, a minimum wage and a safety net to protect the weak and vulnerable. In most of the liberal democracies in Western Europe, university and further education is free. The UK is the exception.

The understanding that there is such a thing as society and we all belong to it is destabilised by Populist politicians – Johnson, Trump, Bolsonaro – whose sole object is to win and cling on to power by dividing society into opposing groups: those who think like them and the rest – liberals, socialists, old school conservatives and those whom they describe as liars, peddlers of false news, terrorists and foreigners intent on rape, free housing and state handouts.

It is an uncomfortable truth for populists, Europhobes and xenophobes that migrants, according to the Organization for Economic Cooperation and Development (OECD)[1] are not a drain but provide a boost to western economies.

The Populist wraps himself in the national flag to show his love for ‘the people’ and national interests when, generally, he represents the interests of those with the most to gain – the status quo, whom he attacks for the ears of his grass roots supporters, while being firmly wedded to the status quo; Trump (inherits a real estate business), Johnson (Eton and Oxford), Bolsonaro (army officer corps); party apparatchiks Xi Jinping and Vladimir Putin.

Liberal democracy is anathema to the Populist. It puts limits on their power through constitutions that guarantee the rights of individuals – you and me, all of us – civil liberties, an independent judiciary, adherence to the Universal Declaration of Human Rights, a free press and – for Europeans except the UK post-Brexit, the European Court of Human Rights with its commitment to protect trade unions, working men and women, and minorities.

Populists gain power when the press is controlled by media corporations that have the same agenda and profits, as do all corporations, when laws that protect workers, fair wages and the environment are dismantled with the bogus proposition that when business and banks are ‘free’, everyone benefits by the trickle-down effect embraced by Thatcher and Reagan and since proved that, conversely, money does not trickle down, it is sucked up.

Changes in legislation since the 2007/08 financial crash has seen the largest shift of wealth in the western world from the poorest to the richest and the highest levels of poverty and hunger in the developed world since the end of the Second World War. Four million children in the United Kingdom live in poverty, according to a 2020 report by the Children’s Society.[2] In the United States, 15 million children (21%) live below the federal poverty threshold, according to the National Center for Children in Poverty.[3]

As the rights of minorities, the poor and workers are eroded by tough guy Populists, so too are the rights of women, who are seen in the traditional role as homemakers and babymakers. Trump, Johnson, Bolsonaro, Xi Jinping, Putin, Urban and Recep Tayyip Erdoğan have token women in their administrations, not in their inner circles. The extreme right-wing party Vox, in Spain, believes – as did Franco – that domestic violence (men beating their wives) is a family affair and nothing to do with the law. They have fifty-two seats in the Spanish parliament.

In the 1930s, the Nazi propaganda machine played the recurring message that foreigners and riffraff, Jews and gypsies, were holding Germany back from being great again. Make Germany Great Again was a popular slogan. The Nazis accused those who opposed them as being liars and rival news outlets as spreading false news. When Hitler ascended to power in 1933, it was described as the ‘triumph of the will’ of the German people.

The role of the liberal today, whether the inclination is left or right, is to stand up to populism and to engage with, support and represent parties that oppose authoritarianism, xenophobia and misogyny. As Churchill once said: Democracy is the worst form of government, except for all the others.

See HUNGER IS A POLITICAL WEAPON