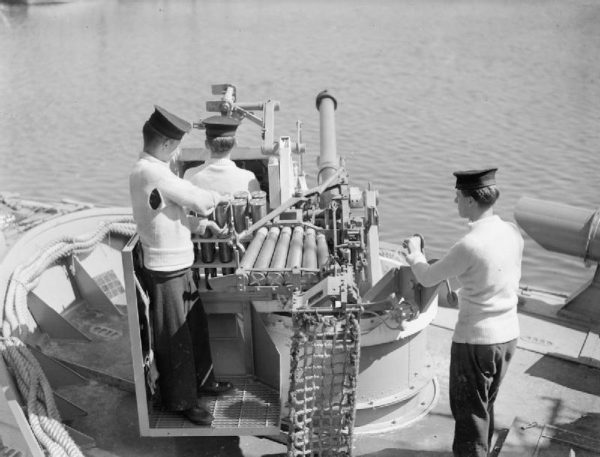 On Easter Friday when I was young, my dad would drag me out of bed early and drive to a bakery in Tottenham where he had gone with his dad as a boy. The bakery had green and cream tiles like a railway waiting room and must have been even older than the bakers who served hot cross buns straight from the oven.

I was 12, a compulsive joiner, a member of the table tennis club, a Boy Scout and went to Sunday school.

That year, on the way home from the bakery, the car rich with the smell of hot cross buns, I told dad that I had been selected – a rare privilege – to carry the Union Jack into church on Easter Sunday at the head of my scout troop. My dad didn’t go to church, but I thought he might make an exception.

‘I’m not very keen on flags, son?’ he said, and changed the subject.

I didn’t think of this conversation again until Remembrance Sunday, in November. That’s when the scouts went out to form the backdrop for the squad of old soldiers who gathered at the War Memorial, chests heaving with medals and their berets at jaunty angles.

My dad never went to this annual minute of silence, although he had six medals in an old tobacco tin in the drawer at home. He didn’t talk about the war when I was growing up – that generation didn’t. What I learned about his service came out in bits and pieces when he was over 80 and enough years had passed for the rough edges to have smoothed away. 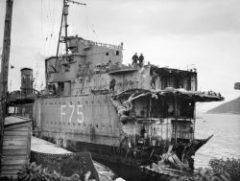 Dad had altered his birth certificate at 17 to make himself 18 and served as a gunner in the Royal Navy from 1939. His ship, HMS Eskimo, was hit by a U-boat torpedo during the Second Battle of Narvik, in Norway. Dozens of crew members lost their lives.

He survived two Arctic convoys and two things had remained firm in his mind: his mate being sliced in half by shrapnel as they stood behind their Mark XII gun watching boys his own age from sunken merchant ships freezing to death in the icy sea. ‘Throw us a line, mate, throw us a line,’ they called, but the sailors had orders ‘from on high’ not to do so, not to slow the convoy fleeing from Luftwaffe Messerschmitts.

In 1942, dad joined the Royal Navy commandos and travelled on small boats up what he called the ‘chongs’ to rescue soldiers fleeing the Japanese advance through Burma. He could have applied for the Burma Star, medal No 7, but never bothered.

My father had gone into the war as a patriot and came out agreeing with Samuel Johnson that ‘Patriotism is the last refuge of the scoundrel.’ He read Orwell and believed in fair play and common human decency. He had travelled all over the world and had come to see that ‘people are people,’ as he said. ‘No one is better than anyone else.’

He was proud of the NHS, believed strongly in trade unions, voted Labour, but was never active. He had come out of the war unscathed and suffered what they call survivor guilt. The memory of those boys dying in the Arctic Sea never left him.

For my dad, flag waving, war memorials and wearing poppies were symbols to say ‘we are all in this together.’ He had learned that we are not. He saw nationalism as a device used by the ruling class to bind us falsely together and make working people blame ‘foreigners’ for all their woes.

My dad died before the coming of Trump, Johnson and Brexit. He wouldn’t have said much about them. He never did. But I know what he would have thought.